Is Fear The Best Medicine To Become Successful?

Fear – a feeling that is much dreaded all around the world. It is part of everyone's life in varying extent. Some deal with it in a better way, some let it mould and shape their lives for the worse.  There is another way of dealing with the whole scenario – to use your fear to propel you to greater heights. It is a well-known fact that fear possesses tremendous power. Harnessing this power for your benefit can help you become successful in every walk of life. So, in order to create favourable outcomes, here are some ways of breaking down fear.

Also read: Types Of Women That Generally Men Are Scared Of Dating 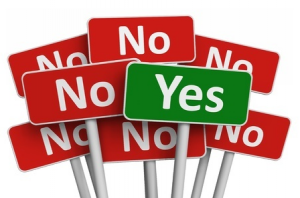 This is the kind of fear which is of the most annoying kind. It poses no real threat and is mostly our mind playing out the worst case scenario loud and clear. Of course, there is a way to deal with this. The best way is to leave all fear of rejection behind and continue to be rejected till the point you aren't worried about the outcome.

You'll realise that it isn't rejection in itself but the pain of missing out on something that you desire.

Also read: How To Deal With Rejection On Valentine's Day

You work hard, do all things necessary to perform your best, but a pang still remains, eating into your confidence bit by bit. This pang is called fear of failure. Now, on normal days it might hurt you and your aspirations, but using it to further improving your work ethic will enable you to use these feelings of failure to your advantage. The greater the fear, greater will be your work ethic, leading to a fool-proof outcome. Some of the greatest people to walk this planet have used this technique, ask Bollywood superstar Shah Rukh Khan.

Also read: Side Effects Of Workaholism – Ignore At Your Own Peril

3. Be Friends With Risk Takers 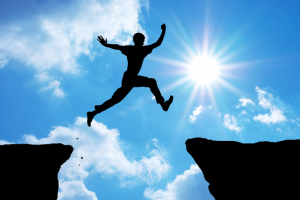 Most people love to live in a cocoon, the kind that shields them and nurtures them to be ordinary. But to stand out from the league, you need to put yourself in troubled waters at times. This means embracing the fear of the unknown. Try searching for people who are risk takers, get them to mentor you if need be, learn the tricks of the trade and go out and express yourself. If you keep pushing the boundaries, you'll keep converting the unknown into known slowly but surely.

4. Do A Greater Deed

Those who are driven and desire to be world-beaters aim high in life. But this insane desire can also come with paranoia of not leaving their mark on the world. After a point of time they question the whole point of their existence. This fear can be utilised to do greater deeds to get a sense of fulfilment. History is full of such people who have changed their paths and with it the course of humanity; perhaps it's time you do the same.

Also read: 10 Ways To Be The Most Likable Guy Around

Needless to say, fear is a blockade which needs to be overcome, but at times it's best not to resist it. Instead, ride its wave for a glorious tomorrow.

Do Diet Pills Really Work? And What Are The Side Effects?