Is Indian Society Ashamed Of Its Gay Pride?

Our society is very orthodox. We get easily influenced by what our ancestors have said, irrespective of whether they are right or wrong. Yet, in the past few years, people have got the confidence to come out of the closet because there is an inhibited need to get accepted now. Moreover, a small section of the society has accepted the fact that there is nothing wrong in being gay. However, as far as society goes, is Indian society ashamed of its gay pride? 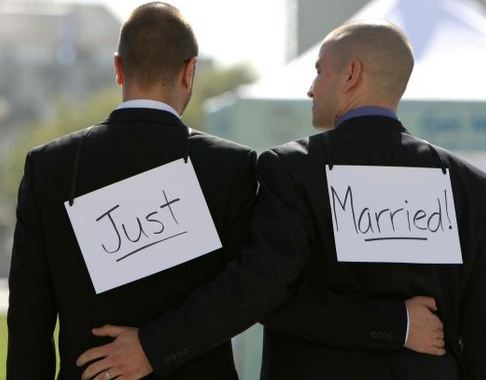 The stuck-up culture of the Indian families is the cause for all these problems. When parents openly talk about their homosexual adolescent to the extended family, it puts him/her in a very bad spot. This is because, the adolescent finds it hard to express his/her feelings and they find it impossible to confide in their parents who aren't so welcoming of the fact. Some instances when people openly declare their sexuality they are met with vivid expressions of horror, guilt, shame and disbelief. Many families choose not to support their kids who decide to come out of the closet themselves, because they feel society will judge them and not respect them anymore. For parents, respect from their community means a lot more than their child's emotional state. For this reason, many families choose to get their children married to the opposite sex thinking everything will be all right, thus pushing them into an abyss of despair.

Many parents feel that homosexuality is a disease and they send their children for all kinds of treatments thinking that will be a solution to their problem. Another problem area is the workplace. More than ridiculed, such people are discriminated, paid less compared to their colleagues and are not allowed to be a part of any social group. Why is it that gay mannerisms are included in so many serials that we see today. Do people think that's funny… making fun of someone's sexuality? Well, it's not! These phonies have no feelings or considerations for homosexuals.

Also read: How To Deal With Stalkers

We were lucky enough to get an interview with Abhishek Jotwani, a student of Mass Media, who has no qualms discussing his sexual orientation. We asked Abhishek a series of questions which he uninhibitedly answered.

What's wrong with being gay?

I guess the only thing wrong with being gay is not being accepted by people. Homosexuality is as general as heterosexuality.

How can we as citizens of the society change the stigma associated with being gay?

People should take homosexuality in a generalized manner as it's very clear that there is nothing wrong with being gay. It is something that you are right from birth; nothing influences you to become a homosexual. People need to be very open towards the LGBTQ community, at a place where homosexuality is considered to be a crime it's the heterosexual community that should come forward and support us in full force.

What are your views on section 377?

Section 377 is like permanent dirt on your clothes which is not willing to come off. The irony is that the British who made this law have accepted homosexuality in their own country and we Indians are still stuck up on that law. Section 377 is like Sajid Khan movies; it should be banned.

If you could share any personal experiences with us that have either led you to feeling disappointed in people or any experience that has made you feel good about the people around you? (In reference to their non-acceptance or acceptance and support)

There's not one incident but there's something that happens every day, after my coming out. People just see me as a homosexual. They just want a gay friend, whereas I feel that people should accept the person I am, the qualities I have. I want to be their friend and not a "gay friend". My sexuality is one out of the 52 cards in a pack. There is more into a person than only his sexuality.

Minimalistic Nail Art Is The New In Thing

4 Effective Ways To Get Rid Of Cellulite