Is It Sensible Taking Loans For A Lavish Wedding?

The Indian wedding scenario has always been a multimillion industry. This recession-proof industry is said to be growing on an average of 25% every year. Right from jewellery to trousseau, decorations to food and wedding locales, the market is made up of several such individual segments that work and thrive together. So much so, that one could easily conclude that the big fat Indian wedding is no more restricted to the wealthy and the influential; more so also because of the lavish weddings shown in Indian films. This has had an impact on the mentality of the Indian youth that weddings are supposed to be a grand or lavish affair. The result of which is that middle classbrides and grooms to-be or their families are resorting to taking loans to cover their weddings. 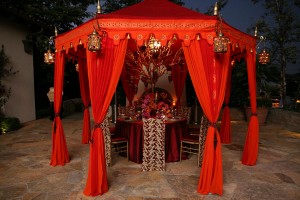 The biggest question that pops up in a logical head would be – is it viable? Or rather is it sensible? The answer isn't simple. A wedding is expensive, but taking a loan to cover the wedding expenses sounds completely absurd to me. Yet, some of my family members and friends seem okay with the prospect. In a time and age when a wedding costs nothing less than several millions, is it a wise decision to take a loan of that big an amount?

With any loan, the ability to pay it back is top priority. If you are an independent couple bearing the expense of the wedding on your own, and if you unite two good healthy incomes, then a reasonable expectation of paying back the loan without having to make any huge sacrifice may exist. Under such circumstances, a wedding loan can be a convenience that could make sense. You may have your dream wedding and the dream honeymoon, and also steadily pay off the loan amount together. 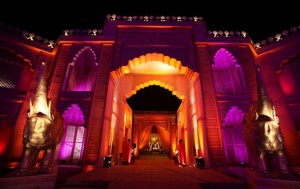 On the other hand, if you are couple uniting two average incomes, then the possibility of having to pay off the loan comfortably would be much lesser. The burden of paying back a large sum of money may bring unnecessary stress in your lives; and turning to your family members for help will never really pay off the loan in actual sense, because then you'd be indebted to your families.

Also read: Things that every bride-to-be must remember

Even worse would be a scenario in which newlyweds share a single income after marriage. In India, most couples tie the knot around the age of 25 - when their career is not at its highest altitude. So, usually it's the parents who sponsor the wedding. And considering the fact that most families belong to the middle class, they tend to depend on a loan for the wedding expenses. Sure, a marriage loan does seem enticing, and amidst all the excitement of planning the wedding, it's easy to think only of the present. But what after the D-day? A wedding loan can be a devastating blow to the family of the newlyweds and many cases of house and/or car mortgage have been reported due to not being able to arrange for money to pay off the loans. With such situations arising out of this, is it all worth it?

An exception to this scenario would be having a good sum of money in reserve to repay the loan, such as a family inheritance that's on the cards, an insurance settlement, or another guaranteed windfall sum. If any sort of back up is arranged, then a wedding loan could be an idea that isn't a bad idea. All said and done, budgeting for a wedding is of extreme importance. You need to consider how the household money will be handled after the wedding. Learning to form a sensible budget, and sticking to it, is one of the most valuable lessons any couple needs to learn. It may also mean choosing less of "this" and having to settle for more of "that".

If you want to have a happily ever after, it's always a saving grace, not to make a hasty debt decision.

How To Deal With A Possessive Boyfriend

First Diwali After Marriage? Make It Even More Special