Is living-in before marriage a cool idea?

In Indian society, especially among the traditionalists, living-in may be considered as taboo, but many individuals from free spirited societies find it a convenient way of getting acquainted with their partners in a profound sense.  But what do youngsters feel about this? Has the shift of western culture into the Indian subcontinent changed the way people perceive marriage? We met five youngsters and asked them if they would live-in with their partners before marriage. We requested them to keep the Indian culture aside while answering this and talk only based upon their personal morals. Let us take a look at a few snippets of what these youngsters had to say about this.

(Also read - Bollywood actresses who got pregnant before marriage)

Safana Abdul is a storyboard artist who is currently single and feels that the only factor that could influence whether or not she should live-in with her partner will be the potency of their commitment. "If I know that the commitment with my partner is strong enough for marriage, I wouldn't mind living-in with him. But only if he gives me an assurance that he will marry me in the future. My family wouldn't be alright with it, as generalised, but I would do what is fair and what I feel is right in the end." 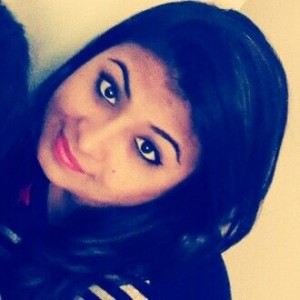 22-year-old student counsellor Divya Sajnani is currently single, but is open to the idea of living-in as well. "I think it's a great idea. First of all, you get the sense of independence, away from family. Only if you stay with a person for a longer time will you get to know whether or not you are compatible with him, whether you will get bored of each other, whether common sense and logic will prevail in your decisions as a couple. There will be like a ‘preview' to all these problems before you actually take the plunge into marriage, which is a big decision!"

30-year-old Jayavardhan Verma has been dating for about a year now and says that he is happy to have a girl who is open minded like him. "I think it is a great idea to live-in with my girl. She is quite open-minded and she would consider it if I would make such a decision. We aren't too keen on getting married in the near future, so it is an option."

Daisy Leivon too, was of the opinion that living-in is a great opportunity to explore interests and motives of your partner. "I totally believe that living-in with your partner is completely different from dating. You don't know someone until you live with him. All the tolerance levels, interests, motives and everything else that comes with living together are put to the test, rather than just the promises that a couple make at the marriage altar." 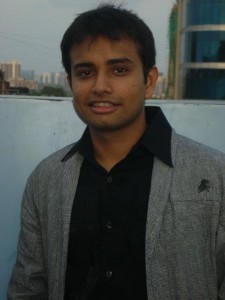 So we've had four liberalist points of view which say a lot about how things have changed here in India. The fifth interviewee, however, was one who was quite firm about his beliefs and morals and says that he will not compromise in this area. Aakash Parekh was strongly opposing the idea of a live-in relationship. "The institution of marriage is sacred. Its purpose cannot be defeated by impatience. Marriage is something you have to wait for and treasure, not something you practise for with a partner and then give it a try! Marriage is special. I would never want to lose the essence of marriage by living-in with someone. My wife is going to be the only one with whom I will live... not my girlfriend. I'm sorry; my girlfriend doesn't have my consent to live with me. If she loves me, she will have to wait to marry me! If she doesn't have the patience to wait, then she probably never was the right girl for me."

With most people living a life of compromise, based on what they feel is right and not what ethics have taught them, it is hard to draw a line of morality. But in the end, who am I to draw a line? Or who is anyone who spoke here? Everyone has freewill, but I would only put in a proposal for everyone to weigh out the pros and cons of anything before they jump into it.

5 things to remember before cutting your hair

How to avoid PMS