There has been the speculation about Justin and Hailey if 'are they or aren't they' rumours for years and now they're officially MARRIED.

Justin Bieber and Hailey Baldwin actually tied the knot last month in NYC -- the same day they got their marriage license at the courthouse. They had a preacher on hand -- Jeffrey Quinn, a member of the faculty at Nyack College near the courthouse. The witness was Josh Mehl, a friend of Justin's who attends Churchome in Los Angeles.

It has been told that they still plan to have a formal ceremony, but it would be a ceremony in name only because they are already husband and wife.  From their on again/off again dating to their Bahamian engagement and now their marriage, here’s everything you need to know about Baldwin and Bieber’s nine year relationship.

Bieber and Baldwin meet for the first time after her dad, actor Stephen Baldwin, introduced them backstage at The Today Show. The whole encounter is cringe-worthy, with Baldwin looking less than impressed. Bieber retweeted the video in 2016 with the caption “Haha. Amazing”. 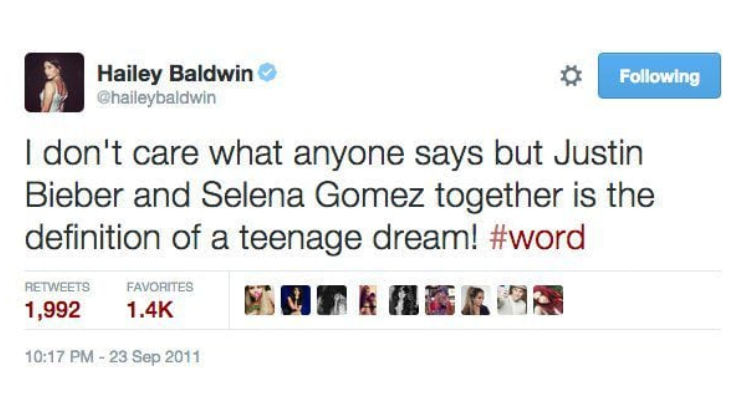 Baldwin shares her support for new couple, Jelena, on Twitter writing, “I don’t care what anyone says but Justin Bieber and Selena Gomez together is the definition of a teenage dream! #word”. AWKWARD!

Fan taken photos begin to circulate on social media of Baldwin and Bieber attending a service together, alongside Kendall Jenner, at Hillsong Church in NYC, sparking dating rumours.

In an interview with E!, Baldwin denies dating Bieber, stating, “I’ve known [Bieber] since I was s young, since I was like 13, and we’ve just been good friends over the years. We have stayed close and there’s nothing more to it than that.” 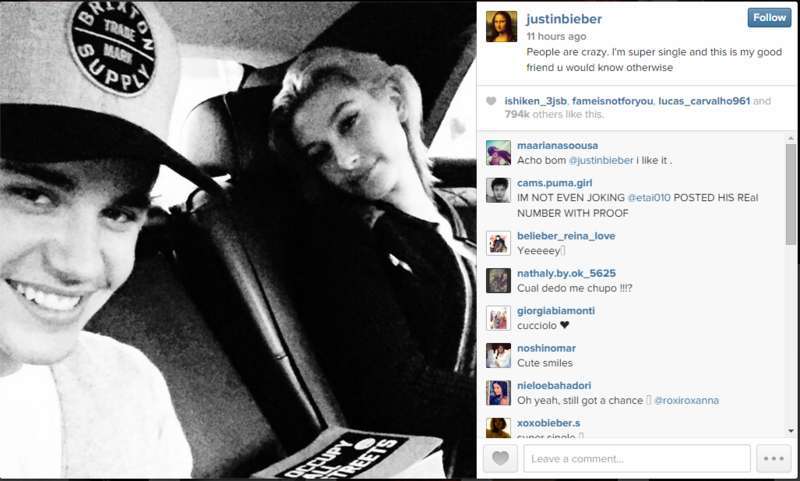 Bieber also denies dating rumours, posting a selfie of the duo on Instagram with the caption, “People are crazy. I’m super single and this is my good friend u would know otherwise.”

Questions about the status of their relationship continue to grow as Baldwin and Bieber enjoy a baking class together in Los Angeles alongside Kendall Jenner.

In honour of a little girl, Georgia, who suffers from Lissencephaly, both Baldwin and Bieber got the letter “G” tattooed. Bieber’s is on his forearm, while Baldwin’s is behind her ear (as is Gomez’s).

Baldwin and Bieber go on a tropical vacation to Anguilla together, alongside Bieber’s family, where they engaged in flirty PDA that’s obviously not ‘just friends’ behaviour. 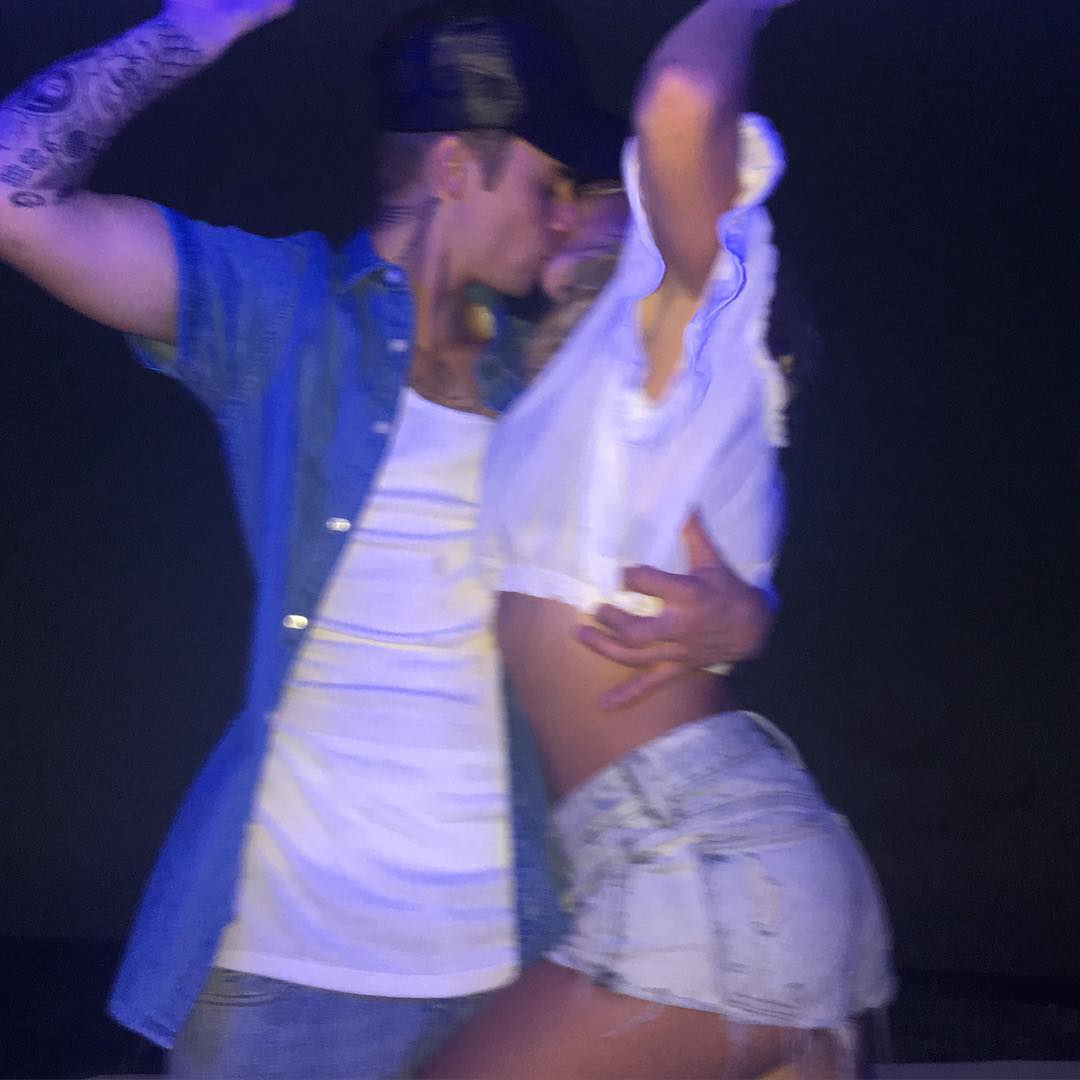 The pair seem to FINALLY confirm their relationship with a PDA-heavy Insta post. On January 3, 2016, Bieber posts this photo of himself passionately kissing Baldwin.

Bieber unfollows Baldwin on Instagram and is seen with Sofia Richie six months later, confirming that he and Baldwin have ended this casual relationship.

Baldwin and Bieber’s August 2016 breakup seems to have concluded in a falling out. They aren’t pictured together, don’t hang out with their mutual friends, and both unfollow each other on social media. During this time, Bieber reignites his on-again-off-again relationship with Gomez.

After 2 years of not speaking—at least, to our knowledge—Baldwin and Bieber reunite…as friends. In an interview with The Times UK, Baldwin states “Justin and I were friends for a long time. I met him when I was really young and he was one of my best friends. Everybody knows that at a certain point in time that turned into something else, but that just happens when you’re 18, 19. We went through a long period of time when we weren’t friends. We didn’t speak for quite some time and there was a lot of weirdness that went on. We’ve moved past that.”

Dating rumours begin to swirl again after the pair are spotted at church together and then a Miami club getting cuddly.

Fans capture the couple making out on the Brooklyn Bridge, officially confirming that their on-again-off-again romance is very much on.

Although neither Baldwin or Bieber have yet to publicly confirm their engagement, sources report that Bieber popped the question in the Bahamas on July 8. Since then, photos have surfaced of Baldwin’s massive engagement ring. 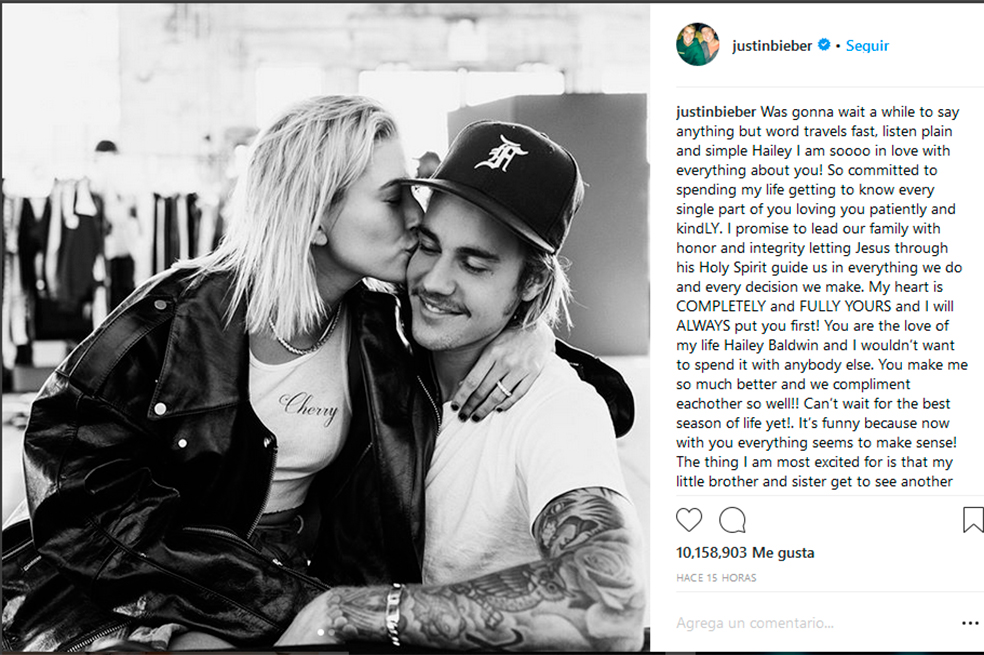 It didn’t take Bieber long to confirm the rumours of his proposal on social media. Sharing a pair of black and white photos of him and Baldwin, the “Sorry” singer rambles on about God, the number seven and the love of his life. Despite spelling errors, it’s really quite sweet!

Two months after their whirlwind engagement, Jailey have reportedly tied the knot. A “religious source” close to the couple confirmed to PEOPLE that on Thursday, the singer and model “went ahead and did it without listening to anyone.”

Well, CONGRATULATIONS to the newly weds!

Watching These 7 Movies Will Make You Hungryyy….

Why Am I Tired ALL THE TIME?