Casual relationship – a word that brings rushing to your mind images of partying, sex and no-strings-attached behaviour. While most of the time these relationships are self benefitting, with little or no commitment, things can change pretty quickly. Given that the human mind is fragile, it is better that people take that extra bit of precaution. To ensure that your chilled out girl doesn't become a drama queen overnight, here are some tips you need to follow.

Sounds ironic, doesn't it? How can a relationship that isn't based on any commitment have rules at all? Now most casual relationships are sex-filled relationships, where there are sudden bursts of chemistry. A few months pass and all of a sudden you're bugged by questions like, Are you dating someone else?', ‘Why are we keeping this a secret?' and ‘Why don't we meet more often'.

It is best to look out for such behaviour closely during the initial months to avoid mishap later. If you wanted it to be casual at the start, then let it be so. 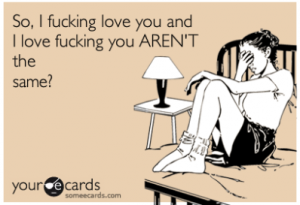 There can be moments when you or your girl can have change of heart. One of you could fall in love or fall out of it. Don't be the confused soul in such a scenario. Come clean on issues that are bothering you. Keep it simple and to the point. Beating around the bush, hasn't helped anyone, has it?

Ever wondered why boundaries are so visible? It's because they are meant to put a stop to any ambitions of going further. Clearly state the dos and don'ts to your partner, before she ends up treading on an explosive but invisible landmine. So, the next time she quizzes too hard about your whereabouts or your partying with other girls, set her straight right away. You are after all in a casual relationship.

Also read: Are You A People Pleaser? It's Now Time To Please Yourself

There is a distinct possibility that your partner may be swept off her feet by some other guy. She may fall in love or you might end up doing the same. In such a scenario, things might come to an abrupt end. Confusion can come into the picture, but learn to keep such thoughts away. Such incidents are part and parcel of casual relationships. Deal with the arising vulnerability in a calm way. Self-assuredness needs to be your best friend at this point and all will be settled in due time.

5. Rejection Is Part Of The Game

Rejection is a two-way street in any relationship. Understandably, it can be a little hard to digest. If you are having a tough time handling being the rejector or the rejected, then this game isn't for you. But, if you are in the game, be gentle yet firm.

Casual relationships are not everyone's cup of tea. It is better to be on the safer side than to be caught off guard. However, these tips will stand you in good stead.

Do You Know These Mental Ailments Older People Suffer From

5 Strategies To Teach Your Children The Value Of Money