Every mother knows most of the benefits of breastfeeding, and busy schedules should never come in the way of it. However, over the years, many alternatives have been researched and tried but none have managed to give optimum results as plain old mother to infant breastfeeding. Everybody knows the basic benefits of it, but here we list what you would have never known about the benefits of nature's perfect infant provision – breast milk.

(Also read - How to develop a strong mother-daughter relationship) 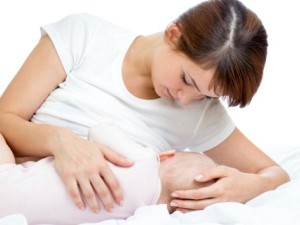 Breastfeeding is of immense importance to your infant[/caption]

(Also read - Why you should adopt a second child)

After years of examining and testing, doctors have proved that infants who are breastfed have a keener sense of touch and softer, healthier skin.

Protects your child from obesity

Studies have shown that breastfeeding can reduce your child's chances of being overweight or obese. Breastfed babies are better at eating until their hunger is satisfied, leading to healthier eating patterns as they grow. 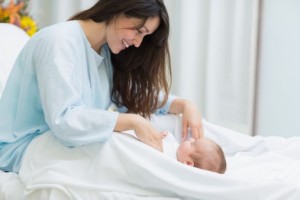 Breastfeeding has immense benefits to the mother as well[/caption]

Breastfeeding helps the mother as well! Most women, in a study, reported feeling relaxed during breastfeeding and this in turn reduces the chances of postpartum (post childbirth) depression.

Breastfeeding mothers have a lesser chance of developing bone problems in the hip. Osteoporosis is a very common problem among pregnant women and women post childbirth. So breastfeeding is a good way to lessen the chances.

Breastfeeding is a good way to deal with post pregnancy weight issues. It burns an average of around 600 calories a day which is a smart and healthy way to lose weight after pregnancy and childbirth.

So besides the basic nutritional value of breastfed milk, it has a number of other benefits as well. Plus, it's much cheaper than formula based milk. It is God's way of making you care for your child and keeping your child close to your heart!

Make a style statement in black