Life After Marriage – The Balancing Act

Every stage of life brings along with itself certain sets of changes. Marriage is one of those stages. Life after marriage is considerably different from life before it. For one, you now have a spouse who you share a home with. In India, even today, a large number of the population lives together with the husband's parents post marriage. Even in a more nuclear setting, the influence of parents of both the partners is prevalent in the marriage. What is essential here is for each partner to strike a balance between their respective parents and in-laws. This balancing act is essential for a marriage to be a strong and happy one.

In-laws are parents too – the sooner you understand this, better it is. It's not easy for parents to let go of their children in any stage of life. Be it their children leaving home to study, or them leaving home after marriage. Even if the guy hasn't left home, parents still feel the need to hold on to him for dear life.

Parents of daughters worry about their child for she is now away from their safety net, and all on her own. Though she has her husband, he is also a stranger to the parents. They want the best for their daughter, and hence, may periodically check up on her and want to meet her often if possible. The husband here must understand this agony of his in-laws and accept it without seeing it as meddlesome, for in future, he might feel the same way when his ‘daddy's girl' leaves the nest to make her own. 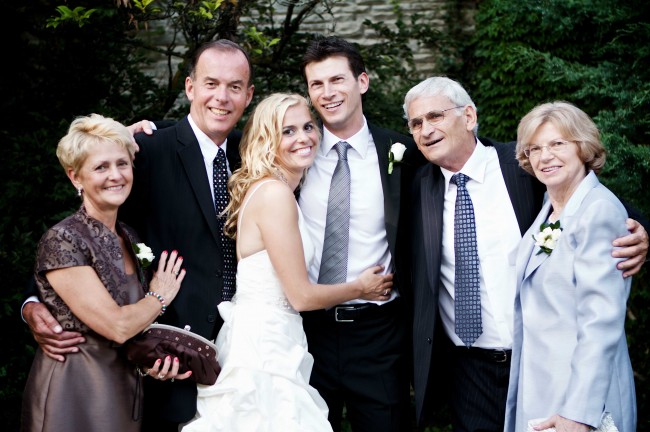 Also read: Things You Should Be Prepared For After Marriage

Similarly, on the guy's side, his parents are equally attached to him. The only difference is that in most cases their son has not left the home, but rather brought in a new member. Though he is right by their side physically, they might still feel distant because of the presence of the wife. In such cases, the wife must understand that just like her parents miss her, her in-laws miss being the most important people in their son's life. They aren't worried about his safety but are worried about their relationship with him and how his wife will affect it.

Giving both sets of parents enough time is just as essential as giving each other the time to bond in the newlywed stage. Don't forget your parents and their love while proving your love to your spouse.

Also read : Things Nobody Tells You About Getting Married

A daughter-in-law must make conscious efforts to bond with her in-laws. She also mustn't try to change too much of the daily routine that her spouse and his parents have formed, but try to gel in. With time she will also be an active participant in making the household decisions. Just don't expect too much too soon. Similarly, a son-in-law must treat his in-laws with the respect and care he gives his own parents. This will not only help his in-laws trust him with their daughter but will also help build a good relationship with his wife. If you disrespect her parents, chances are she won't look up to you or your parents either.

Care and concern aside, interference is not okay. Neither the girl nor the guy's parents have any justifiable reason to interfere in their child's married life. First and foremost, you must understand what concerns your parents have and is that concern morphing into interference. You must draw the line the minute it reaches interference. Neither of the parents have the right, so to speak, to dictate how you should go about in your relationship with your spouse nor should they be speaking ill of your in-laws. Certain decisions and matters are to remain solely between your spouse and you alone.

A good way to avoid their interference is to not give them a chance in the first place. If there is something about your spouse that bothers you, talk it out with your spouse rather than your parents, or worse, go complaining to your spouse's parents. That is a complete no-no; you aren't a 5-year-old.

Remember, to attain perfect balance in life after marriage, you will have to understand the old folks and let them know that you being married doesn't change your love for them. Also, at times, you have to put your foot down and set limits, in order to have a long and fruitful marriage.

Why Parents Should Not Influence The Child's Career