If you're one of those people who confuses veganism for vegetarianism, then here's help: Veganism is an extreme sort of vegetarianism as it involves abstaining from consuming milk products as well; basically, it involves following an animal-free and animal-product-free diet. Today, with most A-list celebrities from Hollywood and Bollywood alike (Alicia Silverstone, Jay-Z, Beyoncé, Amitabh Bachchan, Kangana Ranaut, Sridevi, Aamir Khan and Vidya Balan for instance) following it, many people are eager to join the bandwagon. If you are a vegan or are planning to be one, here are some great desi vegan recipes you could try!

Tofu And Vegetable Stir-Fry: For those Indians who have gone vegan, this is a mind-blowing alternative to a paneer stir-fry! 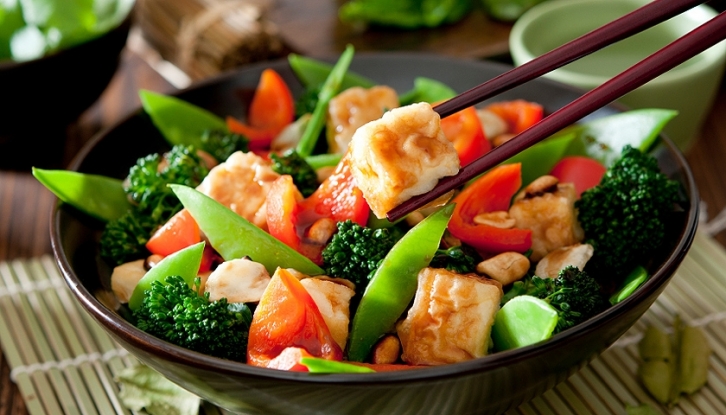 Method: Sauté the tofu, mushrooms and bell peppers in oil for 5 minutes. In a mixing bowl, combine the peanut butter, hot water, vinegar, soy sauce and powdered cayenne pepper and add to the vegetables. Cover and simmer for 5 minutes or until the vegetables are well done. Serve hot with your choice of bread.

Also read: Cool Down The Sun With These Refreshing Mocktails

Chickpea Curry: For the love of chana masala! This lip-smacking recipe of the popular Indian dish will leave you licking your lips (and fingers) for a long time after the meal is done! 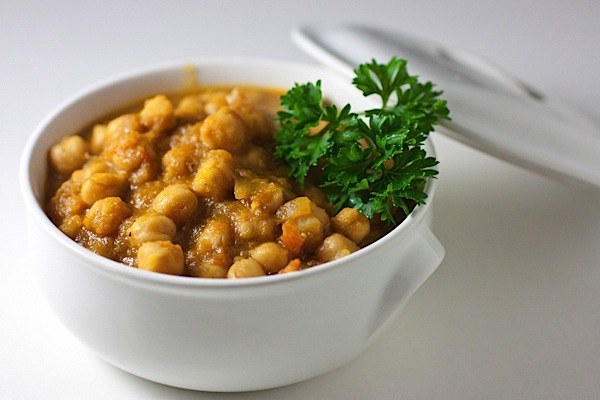 ¾ teaspoon salt (or as per taste)

1 can of peeled tomatoes (with puree)

Method: Heat oil in a saucepan and add the cumin seeds to it, once they start to crackle, add the onion, garlic, ginger, green chilli, red chilli, turmeric, coriander, salt to taste and garam masala and dry roast for a minute or two. Next, add the whole tomatoes along with the puree (if you can't find canned tomatoes, blanch them and peel them, and use an extra tomato for the puree). Cook for 10 minutes until the raw smell of tomatoes vanishes. Finally add the boiled chickpeas, cover and cook for 2-3 minutes. Serve immediately with rice or chapatti.

Asian Hot Pot: If you can't call it a meal without soup, this is your vegan alternative to all the kick-ass soups out there! 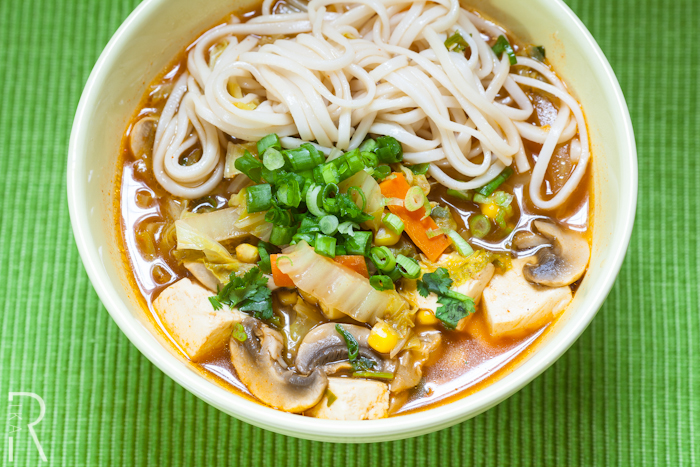 Method: Boil the noodles until cooked well, and drain out the excess water. Drizzle some olive oil on them and spread with a fork. In a large sauce pan, heat olive oil and sauté the mushrooms for 2 minutes. Then add the broth, ginger, soy sauce, chilli sauce and keep stirring until it comes to a boil. Finally add the vegetables and cook for 5 minutes or until the vegetables are a bit tender. Add a little bit of the cooked noodles to each bowl while serving.

Vegan Brownie: Here's the deal, whether or not you are a vegan, you're going to love these vegan brownies! Read the recipe and you'll know exactly why… 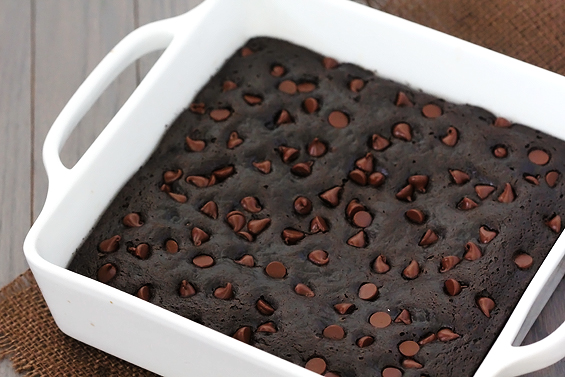 1 cup dark chocolate chips plus some extra for garnish

Method: First things first, pre-heat your oven for 10 minutes and prepare a baking dish by greasing it with olive oil. Now, in a large mixing bowl, combine the flour, cocoa powder, granulated sugar, brown sugar, baking soda, salt, water, lemon juice altogether until smooth. Fold 1 cup chocolate chips in the batter. Pour the batter in the greased baking dish and sprinkle some more chocolate chips on top. Bake for 15-20 minutes or until a toothpick inserted in the centre comes out clean.

So, there you are! Don't worry about your diet if you choose to go vegan, there are still a lot of tasty options for you. Watch this space for more such vegan recipes!

Make Your Thin Lips Appear Full And Plump With These Hacks