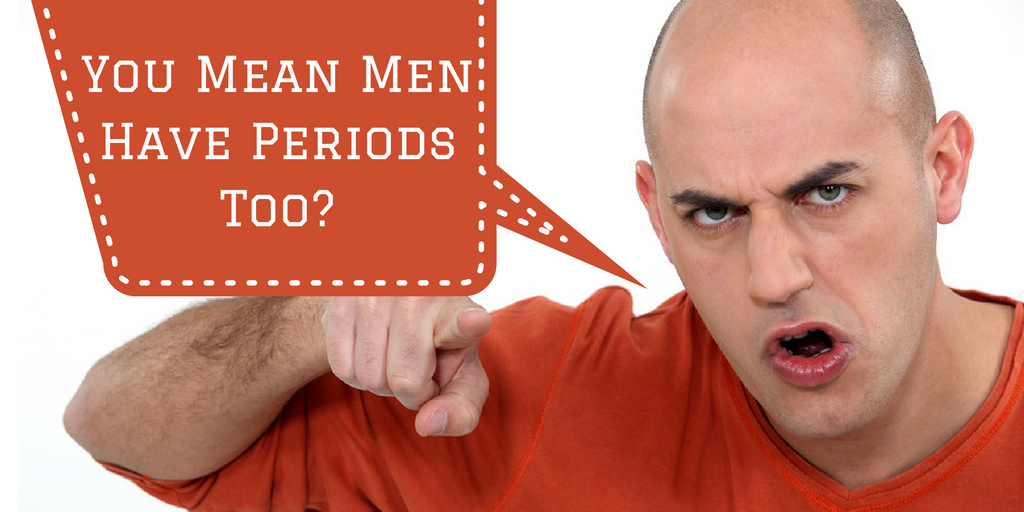 While your man might be complaining about your menstrual mood swings, have you ever noticed him being irritable on a few specific days of the month? Does he show symptoms that are somewhat similar to what you experience during your period?

Also Read: Click To Know Why You Need A Female Condom

Don't freak out just yet! No, your man does not bleed for five days a month like you do. But he does experience hormonal changes that follow a set pattern every month. Also known as irritable male syndrome, these days usually occur around the same time every month. We tell you all about male periods and how you should help your man cope during those stressful days.

According to a recent survey, women say that their male partners show behavioural symptoms that are generally associated with the menstrual cycle. Some of the most common signs reported are fatigue, sensitivity, anxiety, lethargy, anger, depression, and mood swings. As a matter of fact, around 45% women who participated in the survey were left nodding in unison when quizzed about male periods!

Also Read: How To Deal With PMS Without Popping Pills

A disinterest in sexual activity, a sudden change in appetite, or getting upset at the drop of a hat also hints that your guy is going through his man-periods. Research says that just like women, men undergo hormonal changes too. The testosterone levels in a man's body experience a sudden change which then leads to him facing a dip in his energy levels. Also, a man usually experiences these during his 20s and 30s.

We also point out the fact that only a person who is very close to a man will notice such details in his behaviour. The best way in which a woman can support her male counterpart during his periods is by treating him with the same care and pampering that she expects during her menses. Show him some extra love, lady! :)

Also Read: How To Make Your Girl Feel Better During Her Period