As a man of the modern times, there's a lot expected from you. You are supposed to stand out from the crowd and show your superiority in every aspect of life. With the advancement in technology men have found newer mediums to express themselves, one of them being the internet. Yes, the vast wasteland of epic trolls, aggressive tweets and numerous hashtags. With all this come the chances of getting sucked into the nothingness and getting whacked for it all the time. So, before you goof up big time, it's time you follow these tips to avoid the internet traps.

Keep Your Internet Dating In Check 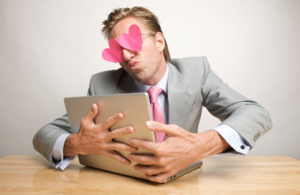 Internet has opened up a can of worms. Desperate men searching for a partner have gone on the internet and made use of dating apps to get hooked. Some go to great lengths to get noticed. Little do they realize that they only end up creeping the other sex out.

Asking for the number continuously, getting pissed after not receiving an immediate reply, and repeated messaging are some of the traits of an unhappy person. In case you are doing these things, stop right now! Remember to always stay true to yourself.

Also read: Learn To Maintain Casual Relationships Like A Pro

Internet is where people post their diverse opinions freely. You may not exactly agree to it, but then that's life. So, before jumping the gun and firing on all cylinders, it is advisable to take a deep breath. Think, and then speak. By that, we don't mean speak trash. Always send a measured response. Civility in today's world is much needed and is sought after. 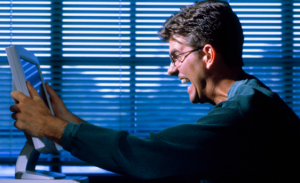 No matter what you do, you'll certainly see something some day that will boil your blood. But, that's no excuse to go on a ranting spree, the likes that news channel anchors go on. Step away from the keyboard for a while. Go out of the house, take a jog or better still use the punching bag to get the anger out. Tweeting about your anger, may or may not get a favourable response. If it ends up being the latter, the backlash could be severe. So, chill! 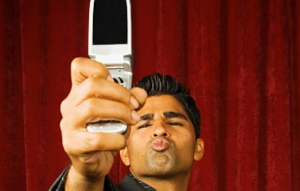 Selfies are the rage at the moment. It is next to impossible to be on the internet and see no selfies posted. If you ever feel like joining the bandwagon, don't go berserk and spam the internet with your selfie obsession. Be reasonable. You don't want a scenario where people unfriend/unfollow you. Oh, and good caption for the image would also help.

Explain In A Concise Way

When you are online, it is tempting to share thoughts on subjects you know nothing about. While the right to opinion is for everyone, make sure yours is an informed one. Talking rubbish gets you nowhere in the long run. Always follow the golden rule, "When in doubt, just Google".

Internet is a fun way of passing time as well as a medium to learn. So try your best not to embarrass yourself online.