Modern Couples Convince Their Parents For Love Marriage Instead Of Eloping

29-year-old housewife Neha Sharma Siddiqui recalls, "When my husband had proposed to me, the first thought that struck me was that we need to elope. As I was a Hindu and my husband a Muslim, there was no chance we could get hitched in our kind of society. Luckily, (after excitedly accepting his proposal) when I mentioned this to him, he said a firm "no". Today, six years and two kids later, I am really glad that we had a wedding ceremony with our families."

Also read:  6 simple steps to convince your parents for an inter-caste marriage

Just like Neha and her husband, there have been hundreds of inter-religion or inter-caste couples who have wished to get married and considered eloping only because of the social stigma about ‘caste differences' that exist. These days, a surprisingly large number of modern couples are resorting to waiting and convincing their families for a love marriage instead of eloping. 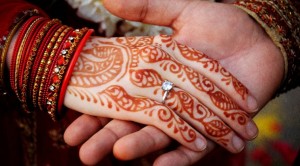 Love marriage was once considered a taboo in India[/caption]

India used to be a country with the highest number of eloping cases reported in a year; but not anymore. So what drove this change? Our team at The Brunette Diaries asked many random people about their views upon this, and here's what we concluded:

The most obvious thing that we noticed (and most of the participants on the survey agreed with us!) was that today's Indian youth is more mature and confident about their life-choices. They are brought up to be confident about everything in their life, even important life decisions like marriage. This has made the youth more mature and less rebellious. This is one of the reasons why a young couple of today chooses to act mature and explain to their families their choices and decisions.

Today's young couples understand and respect family values. They don't want to bring dishonour to the family name by running away with their partners so they wait and try their best to convince their parents and bring about change.

We were also told by many couples that they were sure they could balance two different families belonging to different cultures and castes along with their own personal life. Such a refreshing thing to hear! This balancing act of keeping all the involved parties happy has also driven the couples to wait and convince their families about their union. 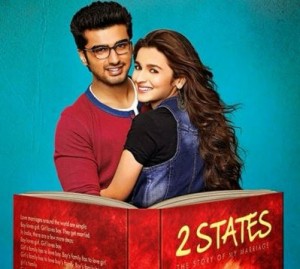 Another important aspect that makes people decide against eloping is the attachment they share with their families and especially parents. They know that their parents have raised them up with much effort and they definitely don't deserve to be left behind. Moreover, if they run away without giving their parents any heads up, this would deeply hurt them. No child wants to deliberately hurt his/her parents after all.

Indian values stress upon the magnitude of one's parents blessings. In some cultures it is believed that one's parents are doors to paradise. And almost all people agree that hurting your parents' sentiments will bring you no happiness. This may also be one of the reasons why eloping with your partner doesn't seem like a good idea to young couples who seek the blessings of their families at such an important juncture in life.Probably this is one of the biggest reasons why fewer couples are eloping.

Our families have started to adapt to the changing times and put their trust in their children's judgements. They trust their children's choices and are happy to bless them with their support. This makes it easier for the couples to convince their parents for an inter-caste marriage or a love marriage. 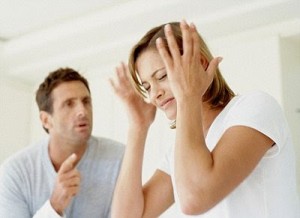 All couple fight, whether they had a love marriage or an arranged marriage[/caption]

Couples and young individuals realize that their family is their backbone. And god forbid, if anything goes wrong in their lives, their parents will support them. Families are the ones who console us in times of crisis. As we grew up in our parents' house, we feel most comfortable around them and there's a sense of belonging and security. Comparatively, we've known our parents since birth whereas our partner has entered our life probably a year or two ago. There's always a fear for the guarantee that they'll always be by our side.

And last but not the least; marriage is a huge stepping stone in one's life; so it helps to have our family's support. Imagine if one elopes, they would have to start from scratch. With no backing, no money and no certificates (of course, you forgot to pack your valuable documents while running away!) it is next to impossible to make it on one's own.

Why Should You Ditch Towel Drying Your Hair