Mumbai! The city that never slows down, the city of millions of people... travelling most of the time – from work to home, home to college and school to tuition – travelling never slows down. One thing is sure about Mumbaikars – their opinion is loud; but funny thing is, it's never heard by authority, or never paid heed to. Or is it? It's time to take a breath... slowly... yes, change is here. The Mumbai Metro Rail is here for all those Mumbaikars who complained about hectic travel. It's here to bring a smile on their faces! This is what a few Mumbaikars had to say about the Mumbai Metro Rail. 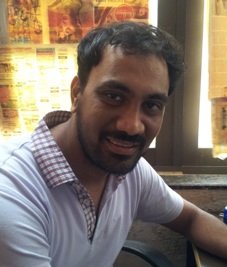 34-year-old Aditya Kulkarni who has started commuting by the Metro to and from his office, said, "It's quick, convenient, comfortable, and very well managed, unlike any Indian local transport facility. Staff/security is present at each and every access point which I have not seen in Dubai's, Singapore's and Thailand's metro lines. It's wonderful to see that the authorities have taken visible efforts to make sure that the public get accustomed to travelling by this new mode of transport. This entire scene has come as a pleasant surprise to me, brought a smile on my face."

Mansi Prabhat who has traveled by Metro once, had this to say, "People can't just stand at the edge of the platforms like the fools who do it on Mumbai's local train platforms. Authorities with megaphones are standing right there to warn people! Efficient! Besides this, the tickets are like coins which you need to return – brilliant concept, no waste of paper!" 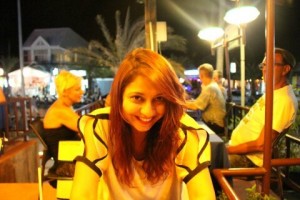 Juhi Bhojani, 25, said, "Stress-less travelling is so amazing and most of us here in Mumbai had no clue that this style of travelling is actually possible... air conditioned local trains, wow! Who would've imagined that! The security at stations is like a customer care service facility... yes, they're that helpful, compared to Mumbai's local train service which has next to negligible security."

26-year-old Aman Shah said, "Travelling from the eastern to western suburbs has become so much more convenient. 1 to 1 ½ hour travel time has been drastically reduced to less than half an hour! In a city like Mumbai where time is money, the metro rail will actually make millions smile. It's a mode of transport which the people of Bombay deserve, having gone through so stressful travelling conditions over the years."

Ghatkopar resident Kanchan Kabdugale said, "The journey is really smooth and peaceful compared to the loud and irritating Mumbai locals. The platforms are really colourful and the ticket counters have some interesting graphics. If you haven't seen it as of yet, I'm telling you, the feeling is amazing."

(Also read - What a non-smoker feels about smokers)

You can see by what these Mumbaikars exclaimed that the excitement for the metro rail line is immense. Yup! I too am excited to try and travel by it soon. Sounds like a joyride to me, besides being so cheap and convenient, until now...