Mary Kom – A Point Of View

I thought Mary Kom was a ‘nice' watch. Nice is not the world you want to hear when it comes to a biopic which is supposed to be inspirational and awe inspiring. Sure it had moments that were pure, unadulterated and genius – the kind that make your throat hurt because you are trying to control your tears from flowing away; but in its entirety it was just that - nice. 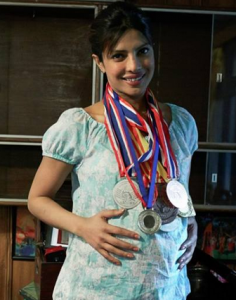 First the plot, it's about boxing champion Mary Kom's journey from a village in Manipur to the dizzying heights of sports stardom. How she lost it all to motherhood only to regain it back with vigour and passion that only a rare human being is capable of. 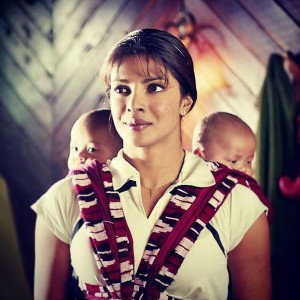 The good - Priyanka Chopra played Mary Kom with utmost sincerity, conviction and grit. She is one the gems in our industry. She truly is. The supporting cast was fantastic, very convincing for the parts that they played. I didn't really mind the in-your-face integration of the brands either. It was definitely way better than what they did with Krrish 3.  Production design was another strong point of the film. Even though the film was not shot in Manipur, you can never tell that it isn't. It was very authentic and meticulously crafted. Costume design was also very well done. Very real and it never felt ‘filmy' or over the top. 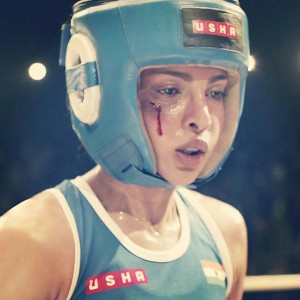 The not-so-good - I think what I did mind was the pointless dialogue where Mary accuses the sports committee of not selecting her because she was from Manipur. That dialogue was contrived, unnecessary and unwarranted in the context of that particular scene. I mean the movie is anyway dealing with so may issues (more like skimming through them) like gender bias, government red-tape, economic bias, role of women post marriage & motherhood; that this particular scene could have been avoided. Also Priyanka's accent was patchy in parts. Lastly, patriotism is never induced; it comes when you get naturally inspired. The line ‘please stand up for national anthem' was in my opinion, induced.

Music was again nice, nothing great to write home about. We aren't getting anything iconic like Chak De India or Bhaag Milkha Bhaag but it was pleasant to the ear.

And that's my biggest problem with this movie. It could have been iconic but will end up becoming a ‘nice' watch.

Tutorial: How To Shape Your Eyebrows At Home Like A Pro

6 Career Mistakes That You Make In Your 20s