Painting your kids' room with creativity

You don't want a boring bedroom wall for your kid, do you? Your kid's bedroom walls can literally change their moods, just like you've heard about colors having an effect on moods. So try and spice things up by adding colors and themes that your kids would enjoy!

Encouraging your kids to be artistic by letting them grow up in a creative environment is something that will make you a great parent!

You don't always need to spend big to make your child's bedroom a creative masterpiece. In fact, you could even do it yourself! So here we take a look at some beautiful ideas to set the ball rolling on your mission to brighten up your child's bedroom… and his mood!

Go through your child's drawing books. Pick out drawings that are good enough (probably something that he likes a lot) to be put on his wall. Try painting his walls with some of his drawings and you will encourage his artwork and give him the pat he needs on his back to probably pursue a career in art! Have you considered it? 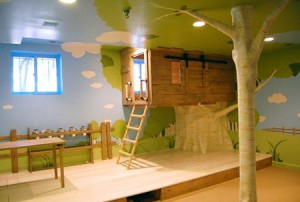 Ever thought of making a lofted bed for your child like in a treehouse? You can paint the bottom of the lofted bed green like grass to give it that perfect ‘treehouse' effect. Your kids will love it! 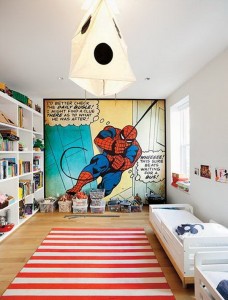 Have you noticed which super heroes or comic book characters your son/daughter follows? Try creating a super hero theme for their bedroom and they will absolutely adore it!

(Also read - Explaining the birds and bees to kids) 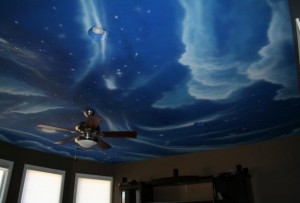 For a child, the sky is something that is really intriguing. Painting his walls with a sky theme replete with stars and the moon or clouds and the sun is a great idea to make him imaginative! 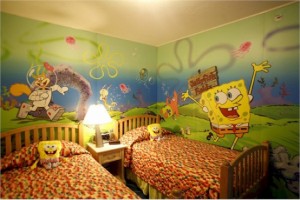 With the kind of cartoon characters that come on television today, parents absolutely detest certain explicitly violent ones. Keeping this in mind, a cartoon character that you wouldn't mind your child watching would do great on his wall as well. However, refrain from putting up anything that would get you or your spouse irritated! Something subtle like ‘Spongebob Squarepants' or ‘Tom And Jerry' would do, but don't go to extremes. 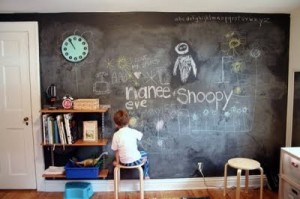 You could try keeping one side of your child's bedroom as a black board and let his creativity run wild with some chalk! Your child could also practise on this wall during his study time.

Consider that your child is going to grow up in the bedroom and everything has an effect on him! So try to encourage creativity and imagination in every possible way but don't push fun out the way while doing so!

Getting your newborn baby used to sleeping at night

Does a person's complexion affect your perception of his/her good looks?