Our Bollywood celebs are known for their signature dance steps, signature style of acting and many other things. But today, we at The Brunette Diaries, have taken a different route and have decided to give our readers a fun ride on how Bollywood stars pose!

Yes, many B-Town celebs have a signature pose which they strike as soon as they see the paparazzi. So, let's see some of the famous poses of Bollywood celebs. 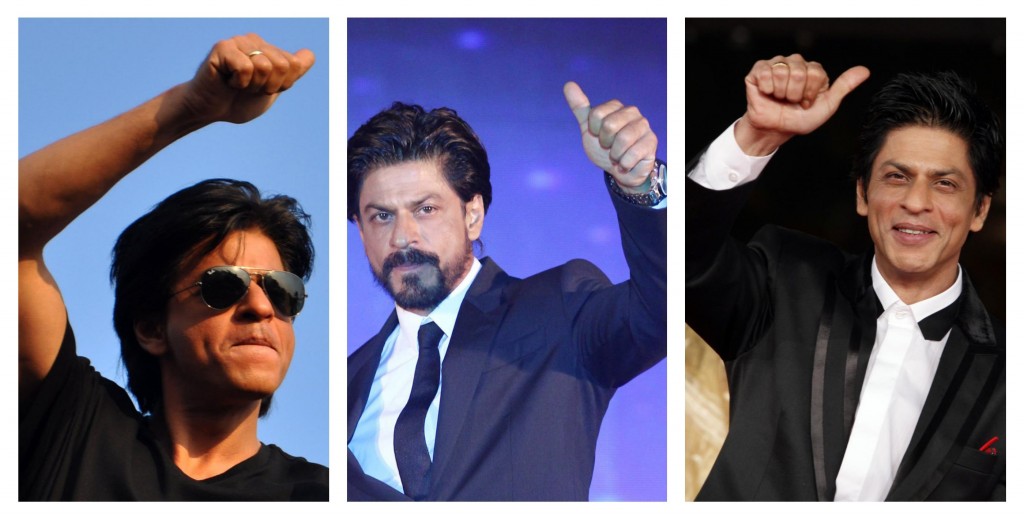 SRK has a habit of showing thumbs up to people. Yes, you read it right. The superstar always poses with an overhead thumbs up whenever the pap starts clicking him or when he is greeting his fans. 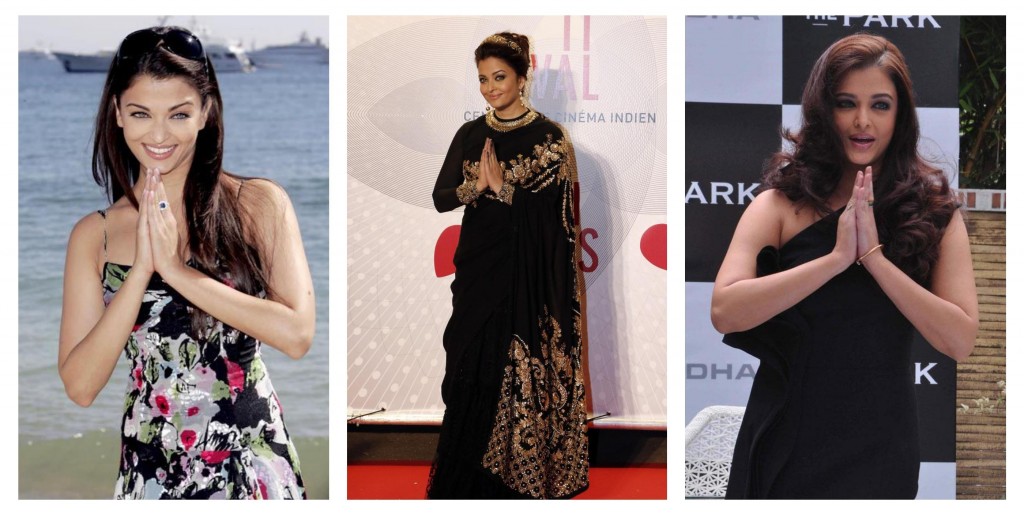 Aishwarya Rai Bachchan is one of those Bollywood actresses who have also received a lot of fame internationally. But, be it at an event in India or overseas, the actress is always seen doing a Namaste. Irrespective of whether the outfit she is wearing is Indian or Western, she always joins her hands and poses with a Namaste for the cameras.

John Abraham (The Thumbs Up) 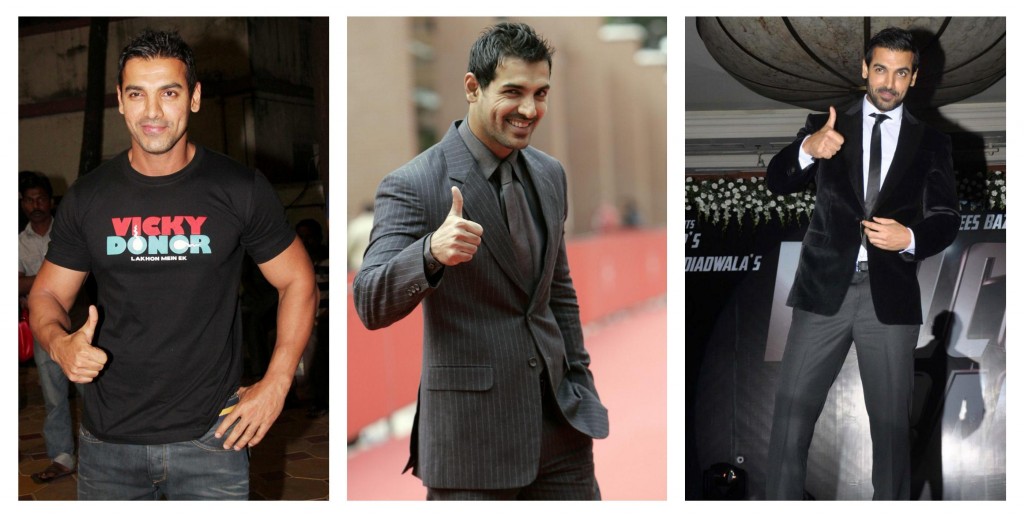 Like SRK, even John does a thumbs up for the cameras, but unlike the ‘DDLJ' superstar, his hand is always near his torso. Even when he is posing with a group, he has his thumbs posing for the camera; and in case, his hands are left loose down, it seems as if his thumbs are urging his hands to strike his signature pose soon! Anyway, must say, John's thumbs up with his great smile makes a perfect pose.

Parineeti Chopra (One Hand On The Waist) 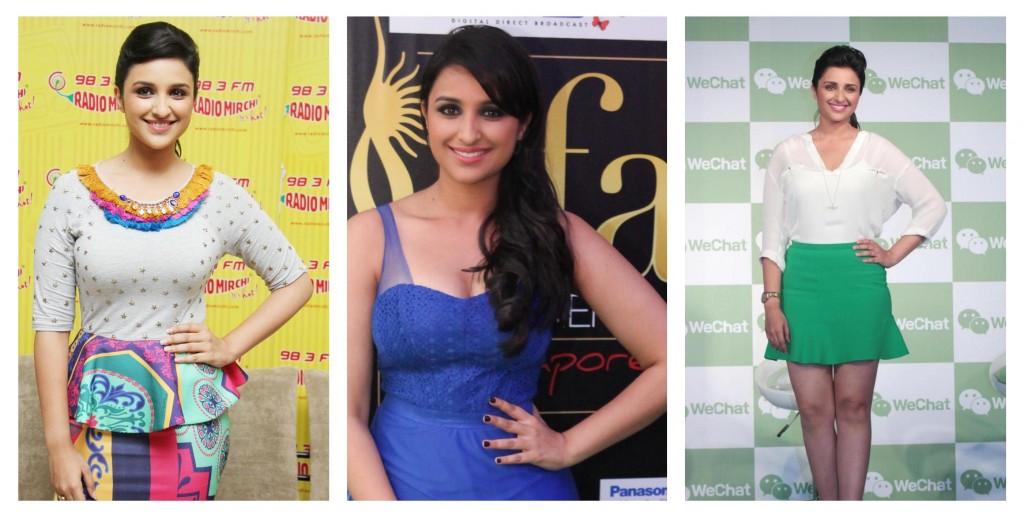 Parineeti is surely one of the most talented actresses Bollywood has introduced in recent times. The actress, known for her bubbly roles, has now lost weight. But she has always been known for not having a… well, to put it politely… slender figure.  Perhaps, this is the reason why, Pari chooses to pose with one of her hands on the waist; it helps her avoid calling unwanted attention to her arms. Must say, a good way to look great for the camera! 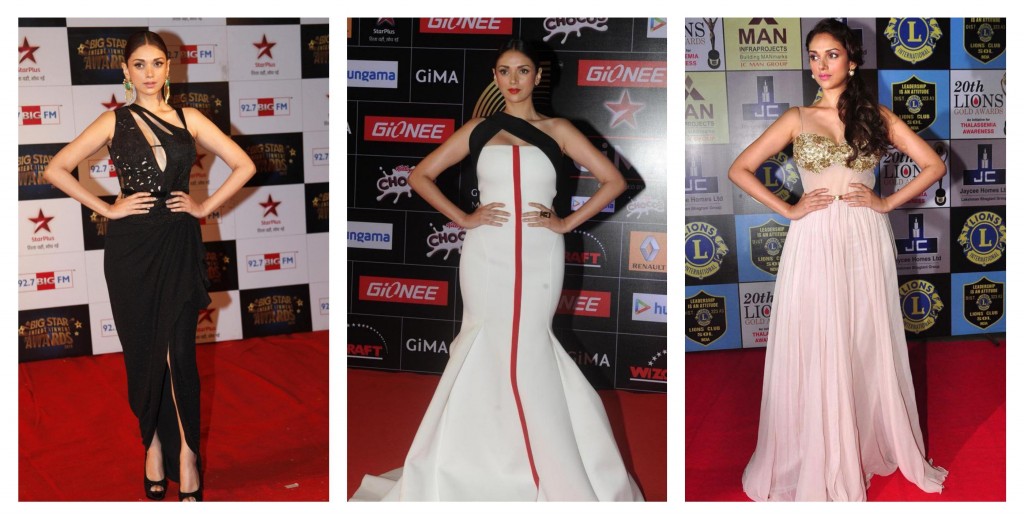 Aditi Rao Hydari always stuns us whenever she is on a red carpet. With gorgeous outfits and neatly done hairdo, Aditi looks ‘prim n propah'. However, the actress also has a signature pose. She poses for the shutterbugs with both her hands squeezing her tummy. Some people might think that it doesn't really good look. But we feel Aditi carries it perfectly.