Pregnancy myths – Is it a boy or a girl?

You might have heard a number of old aunty tales regarding pregnancy and prediction of the baby's gender. Well, these aunties don't do their homework, do they? Old aunties tell other old aunties of their ‘observations' without any scientific backing to what they say. So here we look at a few absurd pregnancy myths regarding predicting the sex of the baby before it is born!

You have a craving for sweet food? You are going to have a baby girl! Well, let me shout out a ‘haha' at that. How on earth can your craving for sweet or sour have anything to do with the sex of the baby? That's pure common sense!

(Also read - How to enjoy sex without worrying about pregnancy)

Wow, it's a living thing and it moves! It must be a boy! Yes, and girls don't move it seems. Old aunties will give you this jazz a lot. They say that if you experience a lot of movement when the child is in your stomach, it must be a boy. Well, I'll tell you what it is... it's a living baby... that's what it is!

Old aunties will tell you that if you have morning sickness too often, then it's surely a girl. They say that if a woman experiences severe headaches in the morning then the chances of having a baby girl is more. However, this is only related to high blood pressure and nothing else!

(Also read - Laugh it out: Hilarious Indian myths about pregnancy)

Here's one more... if you've missed your first periods, which usually decides whether you are pregnant or not, during poornima, then it is probably a baby boy. Full moon = baby boy. Wow, such intelligence!

This one, some scientists even claim is true. But it clearly hasn't been proven and is mere speculation as of yet.  Scientists say that heat may break down the sperm carrying the X, or female, chromosome, making the Y-bearing sperm more dominant during hot weather. Well, this hasn't proven the birth of a boy or a girl in any case as there is no particular sex dominating the birth count during the summer or the winter.

(Also read - Is pregnancy difficult after the age of 30?) 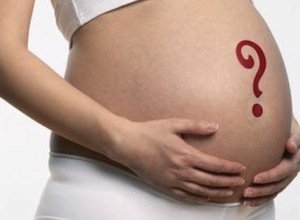 When the time is right, you will know[/caption]

Would you mind dating a fashion conscious man?