Procrastination – the thief of your time

So why do we procrastinate?

(Try reading - How to effectively manage your time) 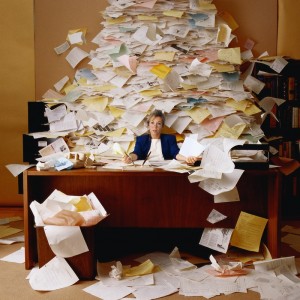 Lack of discipline can get worked stacked on you[/caption]

Most often, people are motivated but lack discipline to perform their tasks. Self discipline is like a backup system to motivation. So if you lack both, you may find yourself procrastinating once too often which will hurt you in the long run when work stacks up.

Oh, how we all suffer from this! Lazy bum, lazy bones, lazy couch potato... there are so many terms floating out there. Well, the biggest thief of our time – "Ahhh, I'll do it later". Will that later ever arrive? The solution to avoid procrastination due to laziness is simple – Get off your behind and do what you have to! 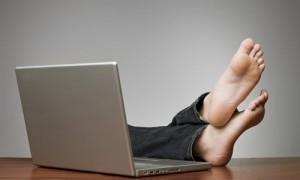 Laziness can rob your time[/caption]

When you are stressed, worried or anxious, it has a direct effect on your work output. Procrastination works as a coping mechanism to keep your stress levels under control. It becomes difficult to work productively and you tend to put work off to a later time.

Motivation seems to be a major problem for many out there. If you are someone who isn't motivated to do a task, try motivating yourself with the thought that you would feel a whole lot better once you have completed your task instead of having it postponed all day.

(You may find this interesting - Waking up happy each morning)

Sometimes, lack of skill becomes a reason why we procrastinate. The fear of failure is a big reason why we put off things to a later date. If you aren't sure whether you can fulfil an expectation and complete a task, just reject it or give it a try just for the experience. Failure isn't always a bad thing!

Instead of wasting time pondering on whether you should do something or not, try doing it and see how it feels. That way you can become a ‘go-getter' rather than a ‘will-try-later' guy.

Things you can do with your dog outdoors

Interesting read: Unbelievable people that may shock you