Can you think of people around you that often behave strangely? Ever wondered why they behave the way they do? Well, before you be judgemental about them, let me tell you this… there are some people out there in our world with certain inexplicable bizarre disorders. This may make you a little uncomfortable, but there are some disorders or conditions which you wouldn't even know you had! If this reminded you of an annoying friend, it could be that it's the other way around. So what are these bizarre, funny disorders? Here we'll help you figure it out. 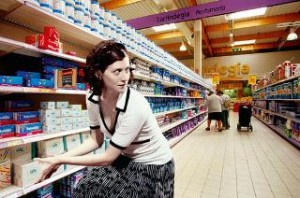 Kleptomaniacs steal for reasons other than personal use[/caption]

Remember that girl from high school who always flicked everybody's pens; weird chick, huh? If you're smart enough, and If you're an ardent fan of the ‘Tintin' comic series, you'd have a clue what we are talking about. Yes, it's Kleptomania. This condition is usually related to people who have the incessant urge to flick items for reasons other than personal use (at times, reasons unknown to the poor "thieves" themselves). But you got to be mindful of this, that they aren't always thieves. It is a mental condition that they suffer from which has nothing to do with financial gain or otherwise.

We have a peon at The Brunette Diaries, who is always grumpy. He doesn't appreciate it when we leave our coffee mugs and bits and pieces of paper on our desks; so even before the housekeeping staff is summoned to clear up the mess, he starts angrily clearing the place himself! It's not even his job, but he just can't stand seeing a coffee mug that's not kept on a coaster. This guy suffers from what is called OCD in layman's terms. Some people have an obsession to do certain things in excess that most others find unnecessary. Other examples of such a disorder involve people who get the urge to turn off the lights too often, who feel the urge to wash their hands too often. 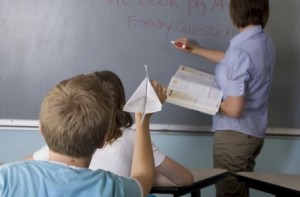 ADHD is one of the most common disorders[/caption]

What is that one thing that's common in Michael Phelps, Jim Carey, and Russell Brand? No, it's not their celebrity status or the fame they enjoy, but a condition that they suffer from – Attention Deficit Hyperactivity Disorder (ADHD). One of the most common psychological disorders found in humans is ADHD. This involves people who are hyperactive, impulsive and have trouble focusing. Albert Einstein too was known to have suffered from ADHD.

A condition that involves severe mood swings ranging from happy, energetic and excited that suddenly switch to depressed, unhappy or in some extreme scenarios, even suicidal. Don't worry ladies, it's not PMS! Bipolar disorder is actually a very trying condition for people who suffer from it. Hollywood actress Demi Lovato who suffers from Bipolar disorder, says that she struggles with it each day. 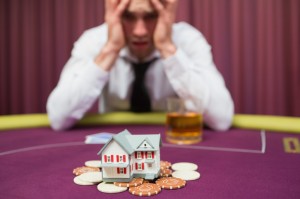 Scientists have not met much success in finding out what causes most of these disorders, and the cure for these disorders is most often unknown. If you have friends suffering from such idiosyncrasies, it can be quite a tricky situation. You can let them know, just to show you care. They can live with it, however, as long as it doesn't affect other people's lives that much.

This summer, go head over heels!

How to stay happy in everyday life