For those who don't yet know about this development… power house Bollywood actress Rani Mukerji graced the red carpet premiere of her film ‘Mardaani' yesterday at the iconic Polish arthouse Kino Cinema Muranow. Don't know about others, but we have been eagerly waiting to see what the beautiful Rani would wear at the grand event.

And here it goes! 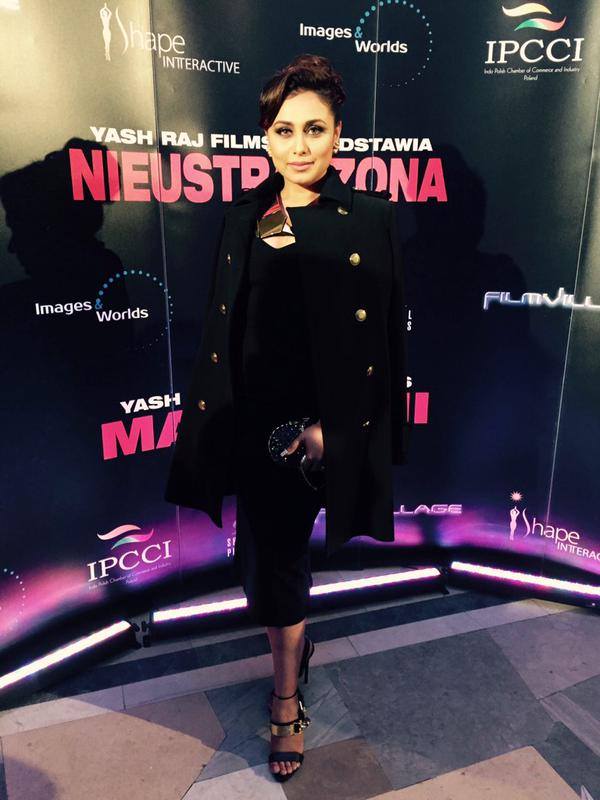 The Queen of hearts opted for a little black dress with some chunky golden embellishment near the neckline, and a black trench coat with golden buttons thrown over her shoulders. Simple yet chic; we like it, Rani! J

We must say the actress can really carry any type of clothing on her shoulders… whether it's the pallo of her Kanjeevaram sari, or a coat for that matterJ

But what took us by surprise (a pleasant one, of course) was the elaborate 50s hairstyle that Rani was sporting for the event. She looked outright marvelous! With only small golden studs as jewellery, the ‘Mardaani' actress looked stunning last night.

Her makeup consisted of nude lips and smokey eyes which totally enhanced her naturally doe-like hazel eyes. Her black stilettos and an embellished black clutch completed the whole look with much élan.

Why MAC Makeup Is Totally Worth Every Penny