Reasons to stop going back to him

Breakups can be devastating; especially so, if you're still not over your ex. The ice-cream will always be gone and you'll never feel any better about your body. So what do you do in such a case? Let me guess, you go back to him. Guilty, aren't you? Well, they all are. Although I love hearing stories about people reconnecting with their exes and ending up together forever, while laughing over how they almost "never were" or thought they could "never be", it never really happens with me.  It's surely cute, but only in almost-fairytale-but-actually-real romances. Nevertheless, you feel maybe you too have a fairytale-ish story. You'd think you just need to give it a second chance; but hang on, how many chances have you already given them? What about the times you kept going back and always got the same old sh*t?

Also: 3 big mistakes made after breakup

Don't worry, lasses; I've got your back. If you really want to stop the drama – and I think it's high time you did – here are some things that a typical agony aunt won't tell you. 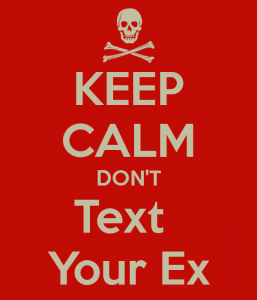 Texting your ex will only  keep you from moving on[/caption]

Once you've broken up, certain things won't happen the second time around. So after going back to your ex for the second, or the third...or the sixth time, there will not be any ‘courting period' this time. He won't buy you flowers because he knows you already, and doesn't feel the need to impress you. All the cute things he did won't be the same. And just for the record, he isn't always going to text you first.

Also read: 5 tell-tale signs that your girlfriend is excessively jealous

So when you're miserable and have been reminiscing all the beautiful memories every night, probably also imagining them happening again; here's the truth sweetie – you've been seeing through rose-coloured glasses. Everything wasn't as awesome as you think it was. He isn't as funny as you remember. And he's definitely not as understanding as he was in the beginning. 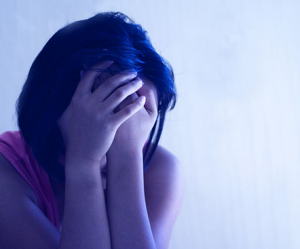 Going back to your ex will make matters worse[/caption]

Promises will be broken:

How many ever promises you make, they will be broken the second time around. Because when you both kept your promises the first time, things still didn't work in your favour. So never mind trying again, right? Also the biggest promise you make to yourself – ‘this time, it'll be different' – will probably last for half a day.

Bothering friends and their attitudes:

His stupid-ass friends are still around and you don't even know why he hangs out with them. Your own friends have changed too; they don't want to talk about him anymore. You've been sulking over him for years and now they're bored listening to the same old story again and again.

Also read: Bollywood stars who stayed friends after a breakup

Basically, almost EVERYTHING has changed when he said "It's over"; so even if you go back to him a hundred times, he will not live up to your expectations ever. So just cut it out, girl! You're smart, sexy and independent and you don't need the douchebag anymore. All he ever gave you was pain. Think about all the times he lied or stood up on you and went partying with the same friends of his whom you hate.

Also read: Heartbreak? Here's how you can deal with it

Remember, exes are important in a different way. They teach you to love yourself first before loving anybody else. Every relationship is different; while some last, some are better thought of as lessons learnt. Free yourself from the emotional trauma that comes with going back to dating your ex. It might be difficult at first, but I promise there are a whole lot of better things in the world than a broken heart.

Tags
boyfriend
Broken relationship
cheating
dating your ex
girlfriend
going back
heartbreak
love
mistrust
Reasons to stop dating your ex
Should I stop dating him?
Tips to getting over your ex
Why can't I get over him

Want to fall asleep easily? Here are 7 tips to help you!

Bold and adventurous nail art: Are you game?