Renowned producer and first time director Sajid Nadiadwala's upcoming film ‘Tamasha' will be his second outing with the trio of Deepika Padukone, Ranbir Kapoor and director Imtiaz Ali. ‘Tamasha' marks the return of Deepika and Ranbir together as the lead. Sajid Nadiadwala who is also currently busy with his directorial debut ‘KICK', is very excited about his next venture ‘Tamasha'. 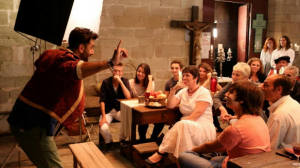 According to sources close to the Producer, Sajid considers Imtiaz as one of the most talented directors of the industry today. He is also pleased to work with fine actors like Deepika and Ranbir for the second time and hopes that ‘Tamasha' will be as successful in entertaining the audiences as his previous films have been.

Sajid Nadiadwala has earlier worked with Deepika Padukone on ‘Housefull' and with Ranbir Kapoor on ‘Anjaana Anjaani'. The actors are looking forward to their second run with the producer and are having a blast shooting for it in Corsica.

Imtiaz who has previously worked with Sajid on ‘Highway', shares a great rapport with the producer. Speaking on the film, Sajid Nadiadwala said "I am taking this journey with Imtiaz, Deepika and Ranbir for the second time which makes it very special for me." 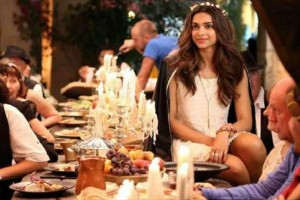 With back to back blockbusters from Sajid, the anticipation around the film ‘Tamasha' is already very high and we are sure that the movie will surpass all expectations.

The shooting for the film began earlier this week. Produced by Nadiadwala Grandsons Entertainment Pvt. Ltd, the film is expected to release in 2015.

Video: DOG - A film for a cause