Sexting Before Dating – Yay Or Nay? 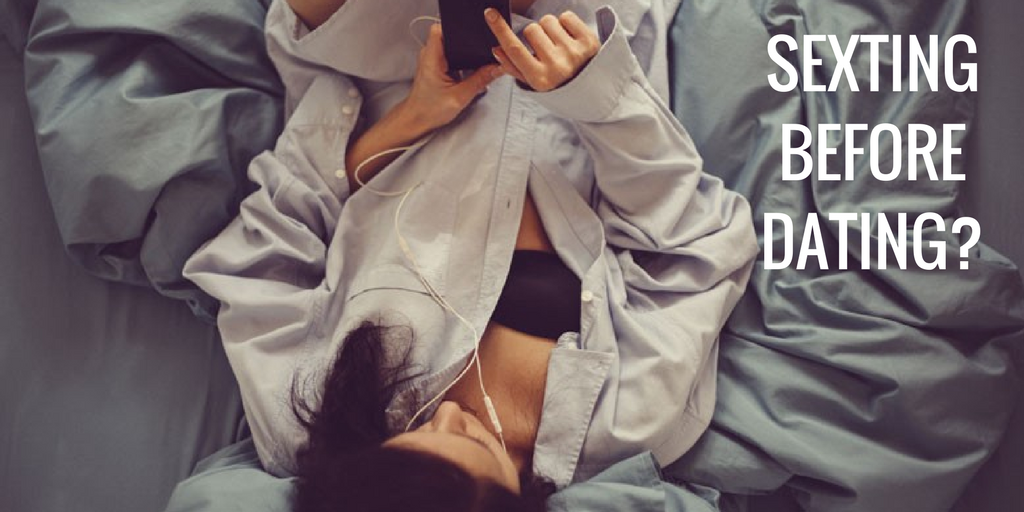 Online dating apps are all the rage now! What could be better than having the option to choose among a million prospects that are right at your fingertips?

Suppose – You meet this super-cute guy on such a portal, exchange numbers, conversations happen, and there's surely a spark there. You can't meet him in person ‘coz he probably lives in another continent altogether. However, intimacy creeps into your chats and things start getting private. What do you do? Do you take things to another level even before you're officially dating him?

Read up to know if sexting before dating is a good idea or not.

- The very first thing that should concern you is the fact that you haven't met him even once. You may put forth the argument that he does bare his heart out during those late-night chats or you've scoped him out on social media, but does all that actually count? Don't trust the knowledge that he has shared with you.

- We don't need to remind you about why the world of online dating is dangerous, do we? The person on the other side of the screen is probably waiting for one wrong move. One wrong picture to one wrong person and it may land up all over the Internet by the next morning. This was surely not what you meant when you thought of becoming an Internet sensation!

- The current trend may be to have this sassy attitude towards dating but you don't need to follow it blindly. If you are old-fashioned about the idea of virtual naughtiness, stick to it. Don't change yourself just ‘coz that's what the norm is.

- If the concerned guy is almost ‘threatening' you to end this so-called relationship if you don't talk dirty to him, wave him goodbye with the biggest smile possible ‘coz you don't need such men in your love life! Such an attitude is the biggest give-away of a creep so you better not overlook it.

Don't say we didn't warn you!

Does Working Out Increase Your Libido? TBD Tells You!

Exploring The ‘Magic' Of Slimming Centers