Shaandaar Trailer Launch Moments That Will Make You LOL

The trailer launch of Shaandaar saw the presence of the stars of the movie, Alia Bhatt and Shahid Kapoor, as well as producer Karan Johar and director Vikas Bahl. The Brunette Diaries was present for this event to able to give our readers all the fun scoop of Shaandaar.

The launch event was fun and lively with not a moment of boredom. We all know of Shahid's reputation as the funny, down to earth guy, and he proved just the same at this event. He was his usual casual, cool self as he interacted with the reporters at the event. As for Alia, she was pretty and innocent as ever.

People make fun of Miss. Bhatt's IQ, but honestly, the lass is smarter than she lets on. In our opinion, any person who can take a joke on themselves and even laugh along is a true star. Alia Bhatt took a dig at herself and mentioned that the Alia in the movie has got all her facts right, and then giggled over what she said! What a complete cutie! We love Alia for this!

KJo was his usual self – witty and funny! Here is something that you probably didn't know; Karan is super protective about Alia and treats her like his own child. However, that doesn't stop him from taking digs at her along with the others :D For a glimpse of Karan's instant wittiness, watch the video between 1:56 and 2:22 minutes. We are sure all you social media savvy peeps will get what he is hinting at!

All in all, the launch event was a big success in our opinion and was filled with laughter, all thanks to the sporty nature of Team Shaandaar. Not a single grumpy face was seen in the house.

Get glimpses of the laughter-inducing moments in this video which we have made for you. Trust us, it is not to be missed!

Also, we just felt that Alia's dress deserved a special mention. She looked absolutely gorgeous in her sheer gown! 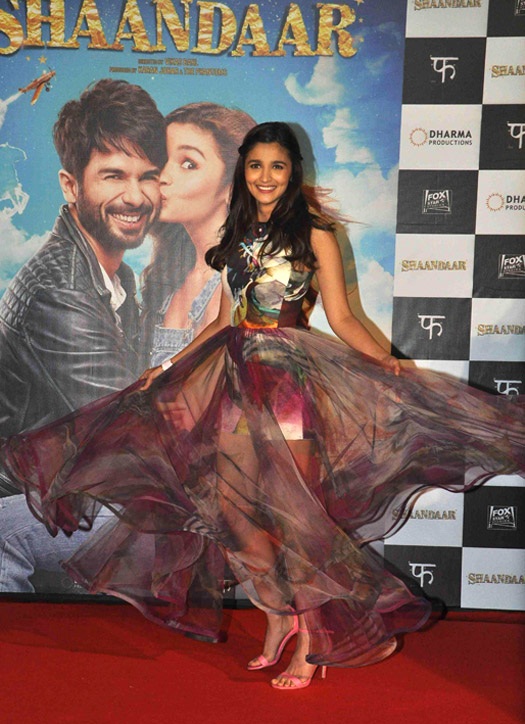 6 Step Guide To Get Your Crush To Notice You