The Baadshah of Bollywood has been embroiled in a lot of controversy since turning into the superstar that he is today. From Salman Khan to Ajay Devgn, SRK has had tiffs with some of the biggest stars in the industry and most often got away with it because... after all, he is Shah Rukh Khan! Here we take a look at some of SRK's biggest fights. 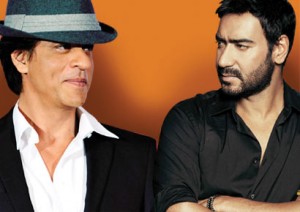 In spite of Ajay's wife Kajol being very close to SRK, Ajay and Shah Rukh were never close buddies. Kajol and Shah Rukh have done many superhit films together, ranging from ‘Dilwale Dulhaniya Le Jayenge' to ‘My Name Is Khan'. But in 2012, the release date of their films ‘Jab Tak Hain Jaan' (SRK) and ‘Son of Sardaar' (Ajay) clashed. These films were slated for a Diwali release and Ajay felt that Shah Rukh wasn't giving his film a fair chance after booking most theatre screens for his film. Ajay then entangled himself in a legal battle with YRF (who produced SRK's film). Ajay went on to register a complaint with Competition Commission of India (CCI) stating that there weren't enough single screens for his ‘Son Of Sardaar'. SRK in turn snapped all ties with Eros International for releasing ‘Son Of Sardaar' on the same date as his film. 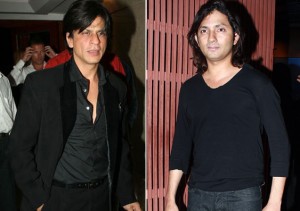 After the Filmfare awards in January 2012, a party was thrown for the success of ‘Agneepath'. This party was attended by a number of Bollywood A-Listers, including Sanjay Dutt, Rishi Kapoor, SRK and Priyanka Chopra. SRK ended up in a tiff with Farah Khan's husband Shirish Kunder which had SRK apparently pin Shirish to a sofa and slap him. This was quite a provocative gesture towards Farah, who has worked with SRK in many films before. The duo, however, patched up later and worked together for the preparation of the film ‘Happy New Year' which is scheduled to release later on this year. 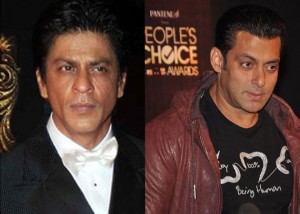 These two megastars of Bollywood were friends and had even worked in several films together until 2002. However, things between them fell apart when Aishwarya Rai was shooting for ‘Chalte Chalte' with SRK. Ash was then in a relationship with Salman who apparently barged on to the film's set, demanding Ash to come away with him. That's when SRK apparently intervened and warned Aishwarya not to leave the sets of their film. But Ash was in a dilemma and she allegedly chose to pacify Salman and return on sets later. But this did not go down too well with SRK, who called director Aziz Mirza to replace her. Later on, in 2008, SRK and his wife Gauri were at Salman's girlfriend Katrina Kaif's party when Shah Rukh and Salman ended up in what was described as a fight that took on a physical nature. Salman was apparently ticked off because SRK did not do a cameo in his brother Sohail Khan's film ‘Main Aur Mrs. Khanna'. However, the two hugged and patched up last year. 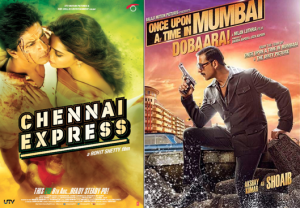 Another clash of dates caused a conflict between SRK and Balaji Motion Pictures. Both their films (‘Chennai Express' – SRK and ‘Once Upon Ay Time In Mumbai Dobaara' – produced by Shobha Kapoor) were slated for release on Eid (8th August) but the latter changed the dates to avoid a clash. Shobha was apparently unhappy with the number of screens allotted to her film.  Ultimately, the release date of OUATIMD was changed to Independence Day on August 15th. However, SRK later changed the release date of his film from 8th to 9th which ticked off Milan Luthria (OUATIMD director). 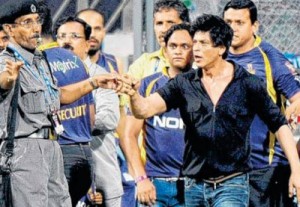 As the team owner of IPL team Kolkata Knight Riders, SRK had taken along around 40 adults and his children to watch a match which featured his team against Mumbai Indians at the Wankhede stadium in Mumbai. MCA officials accused SRK of abusing them and allegedly being drunk and misbehaving with the guards, but SRK denied the allegations saying that he lost his lost his cool only because his daughter was being manhandled by the guards. SRK was banned from entering the Wankhede stadium for five years and an FIR was lodged against the actor. Former IPL chairman Rajiv Shukla had to play peacemaker between the MCA officials and the Bollywood superstar.

How to get rid of chlorine from your hair