Shannon Purser, whom you must’ve seen in “Stranger Things”, “Sierra Burgess Is A Loser” and possibly in “Riverdale”, found herself being attacked by “shippers” (a group of people who ship two other people or characters) of Bughead (Betty Cooper and Jughead Jones). 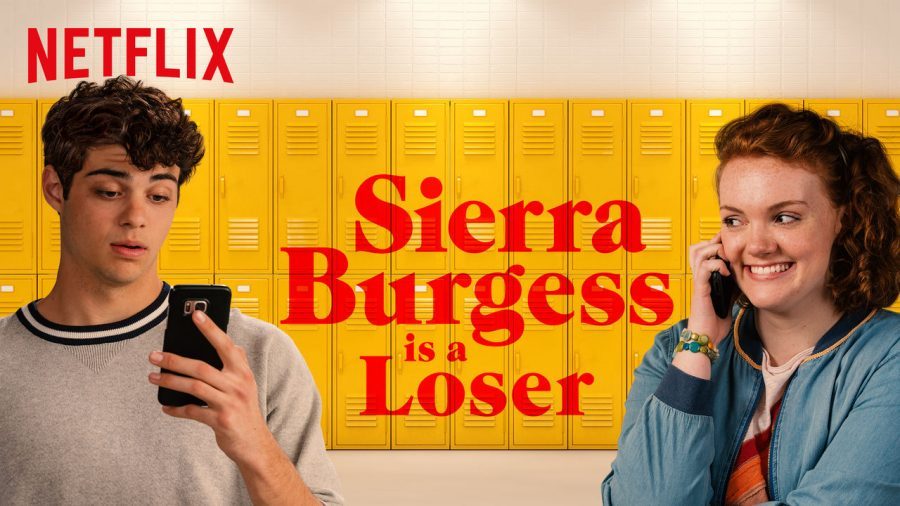 On last week’s episode, Purser’s character Ethel told Cole Sprouse‘s Jughead Jones that in order to get the “scripture” for the Griffins and Gargoyles game he was investigating, he’d have to kiss her. Jughead then gave her a quick peck and everyone moved on. That is, except the fans who avidly ship Bughead. 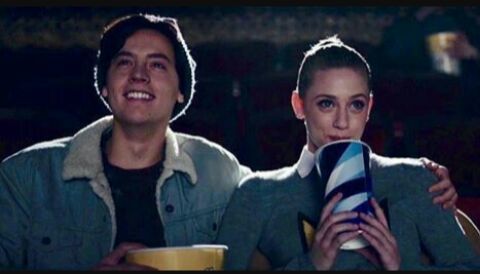 Apparently, these shippers got so passionate about this scene that some of them reportedly started harassing the very real Purser over something her very fictional character did on a TV show. Another fan responded to the drama, writing, “Your daily reminder that bullying a cast member over a FICTIONAL ship is never ok. Please get a grip on reality.”

Shannon herself was the first to speak out on this, as it was directed towards her OBVIO, and responded with a Spongebob Squarepants meme alongside the phrase, “All the stans who finally feel comfortable calling me fat/ugly now that Ethel has interfered with their ship,” according to Popbuzz. The site reports that she went on to add, “I’m not stressed about it, trust me. I just wonder what these people will think in like 10 yrs when they remember their twitter and realize they insulted and attacked real human beings for their character on a tv show…” The tweets have since been deleted. 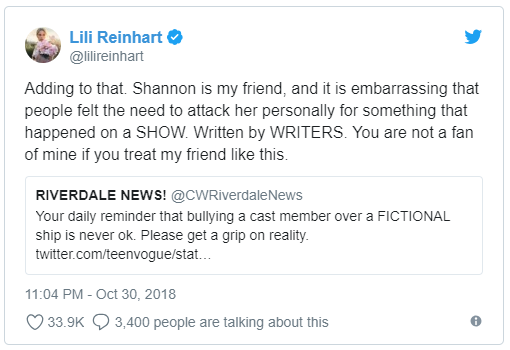 She was quickly supported by Lili Reinhart, who plays the character Betty Cooper in Riverdale. She defended her castmate as she saw the fan’s tweets and retweeted, “Adding to that. Shannon is my friend, and it is embarrassing that people felt the need to attack her personally for something that happened on a SHOW. Written by WRITERS. You are not a fan of mine if you treat my friend like this,” she wrote.