Signs That You Have An Extremely Possessive Girlfriend

She is the living reason which glorifies the thought of being single. Forever ranting, annoying, pestering, she is all this and more. There is a dark aspect to an extremely possessive girlfriend that can scare the living daylights out of any guy, and if you happen to be someone who trembles at her thought, then God help you. We list some of the behavioural traits that will tell you whether you have an extremely possessive girlfriend or not.

1. She Wants You To Tell Her Every Little Detail

I get the fact that some people are inquisitive. But if you are in a relationship with a possessive girl, she is more likely to ask details of every minute that you've spent. Yeah, even your breathing pattern is not exempted from that. 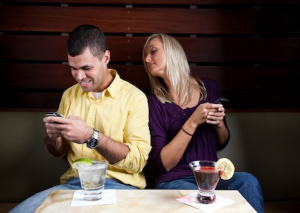 Gone are those happy days when Sherlock used to be the best spy. His innate ability to be suspicious is what you liked. But, that's the very thing you're going to hate most when you have a possessive girlfriend. You'll soon realize her suspiciousness goes way beyond Sherlock's.

Gear up for constant undivided attention and say goodbye to your ‘me' time. So lay your X-box to rest once and for all. All the downloaded episodes of your favourite series which you had decided to binge-watch can now go down in the drains. An over-possessive girlfriend will do everything in her power to control you. 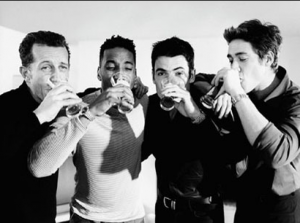 Didn't I just tell you that your freedom will be sacrificed? Then what is the point in planning a boys' night out? Her mantra ‘Together forever and never apart' is the first thing on her mind. So you have little chance of escaping; and even if you do, she'll happen "to drop by" at the place where you're partying. Coincidence much?

Also read: Danger Signs To Know When Your Girlfriend Is Mad At You

So you have some space finally and are scrolling through your Facebook news feed when voila, a beautiful pic of a female friend pops up! You are all set to hit ‘Like', but ta da... you're reminded of your girlfriend's rampage once she finds out! Oh, well, what do you do now? You continue with the scrolling. Poor thing, that friend of yours didn't get what she rightly deserves.

Brothers of the world, when you have a possessive girlfriend there's a serious chance that you are expected to reply instantly. No matter what the conditions, you might be stuck at the top of the hill with no network, but hey, that's not an acceptable reason to not reply. It's a small world after all; you can never be inaccessible.

7. PDA Is Her Favourite Sport 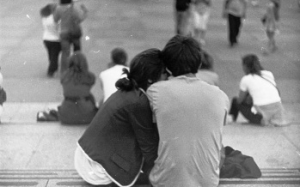 Ummm, sport? You might be wondering. But, in case you are showered with hugs and kisses almost every instant by your possessive girlfriend, it might as well seem like a contact sport similar to Rugby. Couple that with incessant babus and shonas and you have a recipe for disaster.

So, you get my point, there's no looking back once you get into a relationship with a possessive girl. Your only hope is she growing tired of you. Till then, Amen!

Amazing Alternate Uses Of Conditioner That You Need To Know