5 signs that you're in a verbally abusive relationship

Physical abuse can be hard-hitting, but verbal abuse can hurt much more. Wounds on the body can heal, but emotional scars can leave you paralysed for life. Here we look at signs in your relationship that prove the existence of verbal abuse.

(Also read - Why singledom is better than being in a relationship)

Do you fear telling him that something has gone wrong?

Do you fear telling him about normal things that happen in your life that may affect him? For instance, your boss needs you to work overtime, or your car needs servicing. This fear may prove the existence of emotional fear of outburst from your partner.

Do you fear talking to him in front of others? 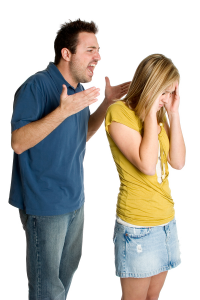 Does he treat you badly in front of others[/caption]

Do you fear talking about certain things in front of others because he puts you down too often? Well, if that's the case then he probably thinks of you as insignificant and doesn't care about your feelings.

(Also read - Silly habits that may hurt your relationship)

Do you feel worthless about your life in his presence? 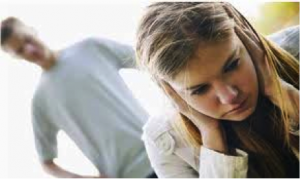 Does he talk to you as something rather than someone[/caption]

Does he say things to you without bothering about your feelings? Does he refer to you as something rather than someone?

Do you feel like you are stupid and must be treated that way?

Does his presence make you feel like you deserve to be shouted at and abused? Even though the mistake may be his, does he make you feel that you are the one who makes all the wrong decisions?

If the answer to all these questions is yes, well, then you better contemplate whether your relationship is worth it. Because your emotional wellbeing is much more important than his ego.

Does Excessive Protein Affect You?