Skeptical Tattoo Virgin? Experts Tell You All About Tattoos

"The pain during the tattoo making process is unbearable."

"You'll bleed during the process."

Are you skeptical about getting a tattoo done because of these words people shot at you? Well, put your apprehensions aside and check out what The Brunette Diaries has for you. Award winning tattoo artists Aditya Panchu and Archana Nakhua answer a few common questions related to the process of getting inked, and tell you all about tattoos. We hope this helps debunk all those myths about tattooing and eases the terror related to the whole concept of getting inked for life.

Also Read: Things You Need To Know Before Getting A Tattoo

The first thing associated with tattooing is pain! If you are one of those people who fear the ‘unbearable pain' that comes with the process of getting inked, Archana has something to tell you, "The pain has been exaggerated; it is certainly bearable. Also, people nowadays are eager to get themselves tattooed; they just choose to ignore the pain while getting tattooed." Talking about people leaving the process halfway because of the pain, she said, "People don't chicken out very often, as they know what they are in for and are expecting certain amount of pain."

The next thing that is associated with getting a tattoo is being labeled as a rebel. To this, Archana says, "That tattoos are only for the rebellious is one of the most misunderstood things ever. We have had clients who are moms, doctors, teachers amongst others who aren't rebellious at all, and are getting tattoos done for someone they love or as an expression of themselves. Tattoos are like permanent jewels on your body."

Aditya revealed that often people come to him to get an offbeat tattoo, but eventually settle for something that is extremely common. "Getting someone's name or a quote inked is one of the most common requests I receive. After Priyanka Chopra's ‘Daddy's Lil Girl' tattoo, a lot of youngsters have got similar things inked on themselves, expressing love for their parents. Other common designs include feather, infinity symbol, Om, angel/fairy, cross at al. Not many have the courage to actually go in for something that's truly out of the ordinary."

When quizzed about the most unusual tattoo he's ever made, Aditya recalled, "A theater artist wanted a cover up tattoo that's related to his profession. After an intense brainstorming session, we decided to go ahead with a theatre mask (a happy face and a sad face) which also was a depiction of the client's positive and negative side. A cover up tattoo is always more challenging than a fresh one, but I really enjoy it."

Also Read: Not Happy With Your Tattoo? Here Are Ways To Get Rid Of It

Archana, too, shared the anecdote behind the most uncommon tattoo design she made. "The most unique request I have received has to be the one where the client asked me to tattoo the photo of a window that she clicked. The window was that of her bedroom, and she said she had a lot of memories attached to that place. So the tattoo was basically a sketch of a window with a girl standing by it. The final tattoo had a window inside a window and her accessories around it, just like her bedroom."

Sometimes, tattoo artists advise not to get inked on some spots on the body, like palms, tongue, inside of lips, feet, etc. This is because these spots are most susceptible to fading, explained Aditya. He further said that the tattoos need to be diligently taken care of for at least 2-3 weeks after it's done.

Also Read: Top 10 Most Painful Body Parts To Get A Tattoo

Now that The Brunette Diaries' tattoo experts have told you all about tattoos, hope your apprehensions related to getting inked are put to rest. So, when are you getting your first tattoo done?

Here are some uncommon tattoo ideas for inspiration: (Photo courtesy: Aditya and Archana) 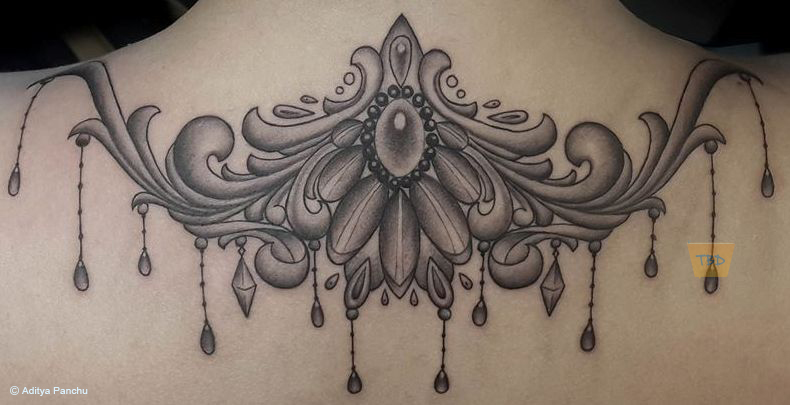 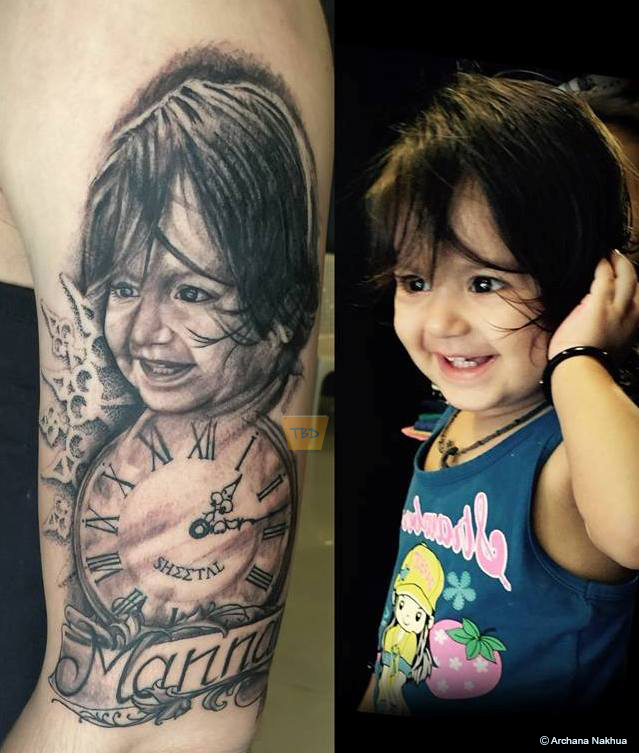 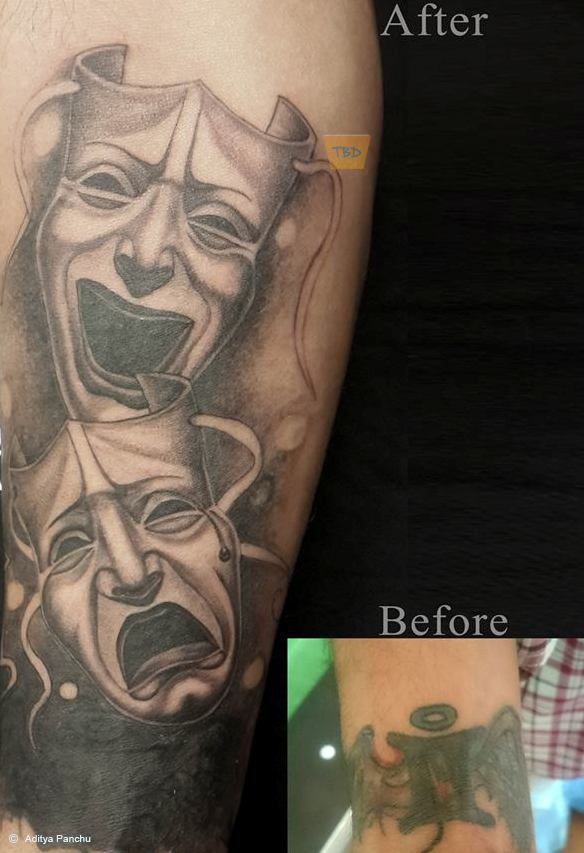 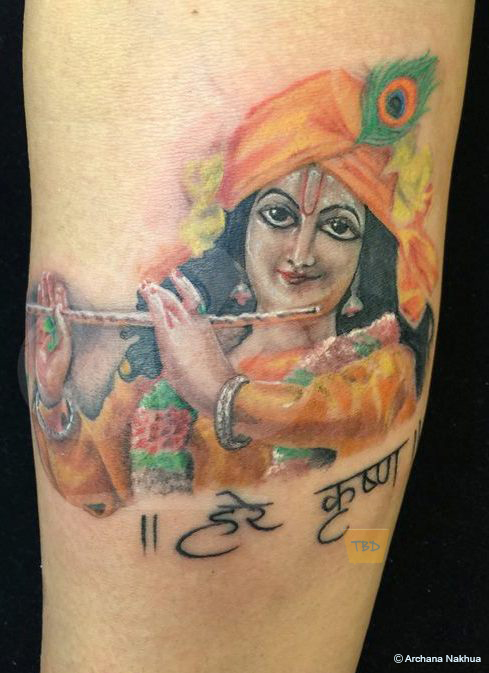 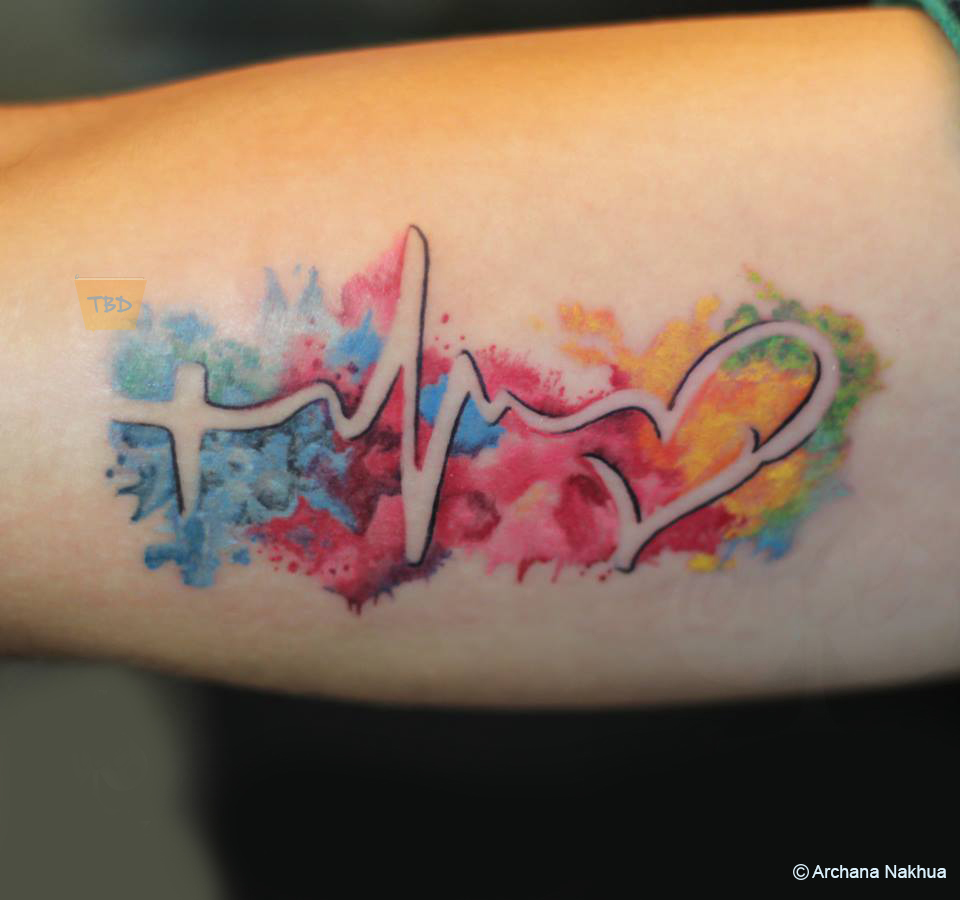 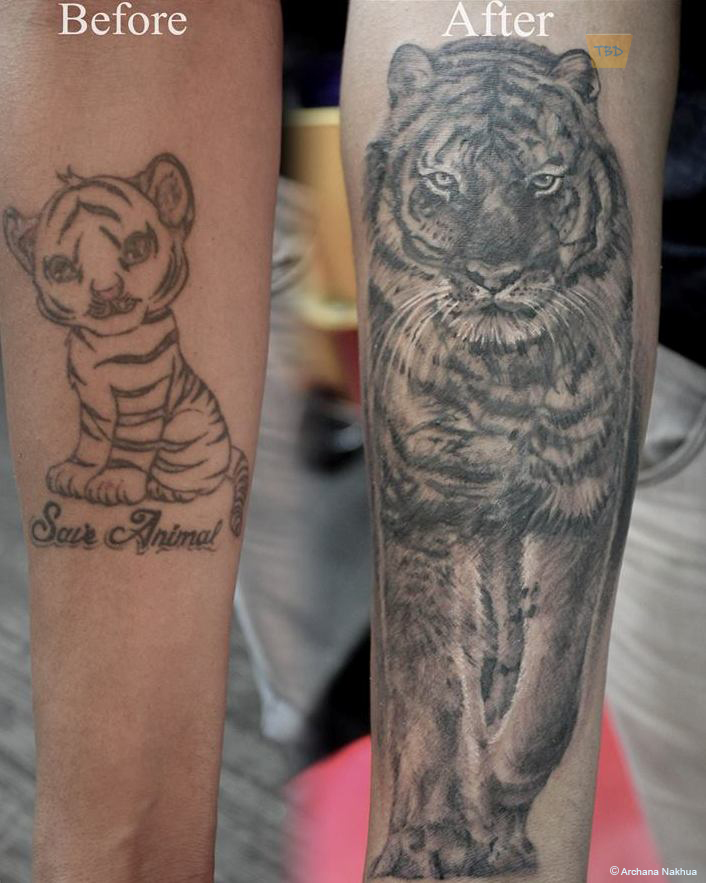 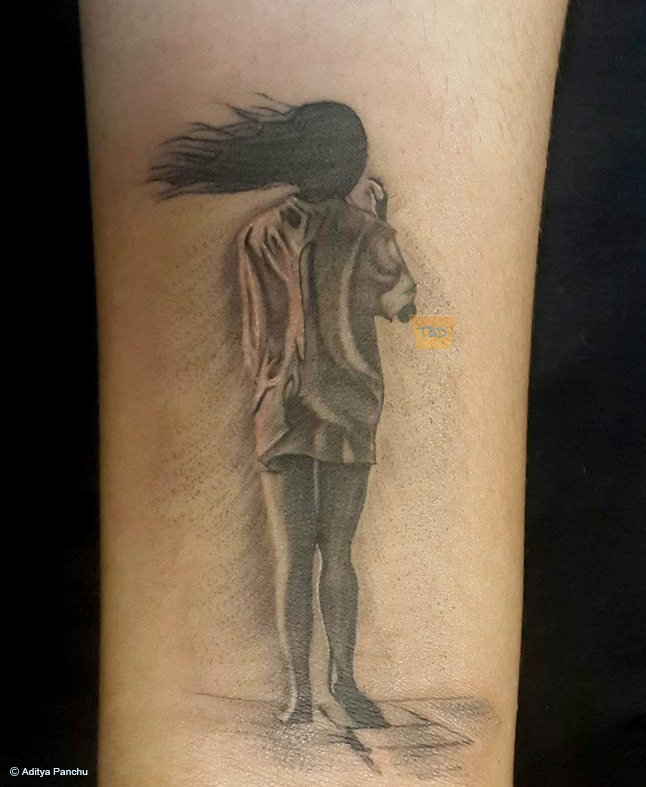 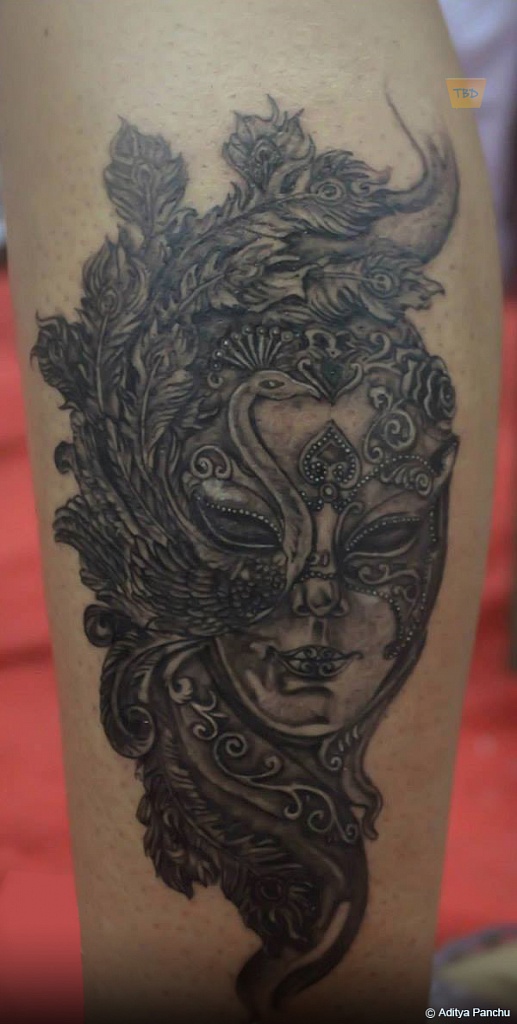 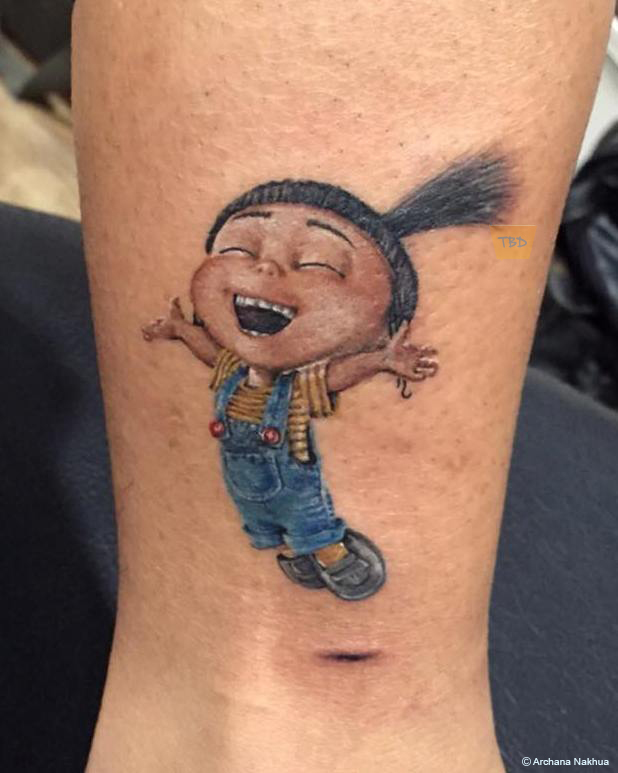 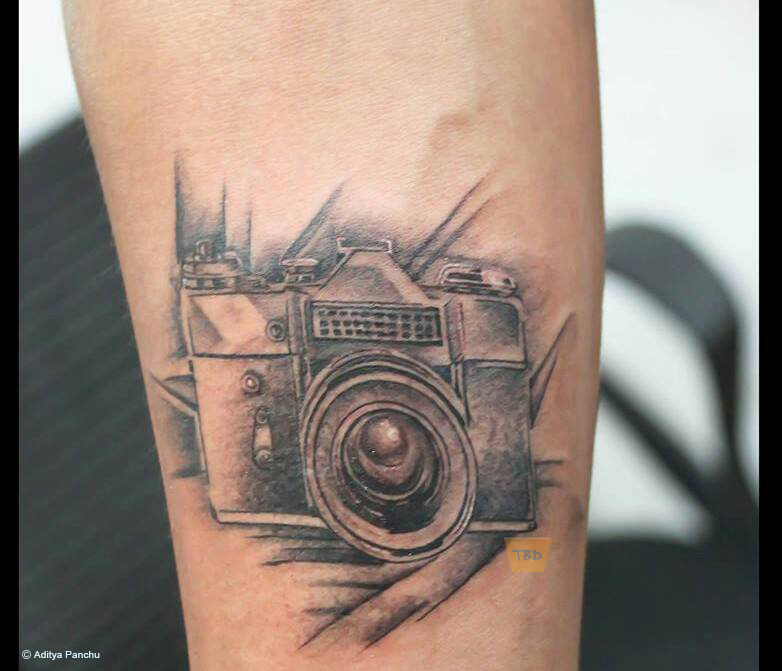 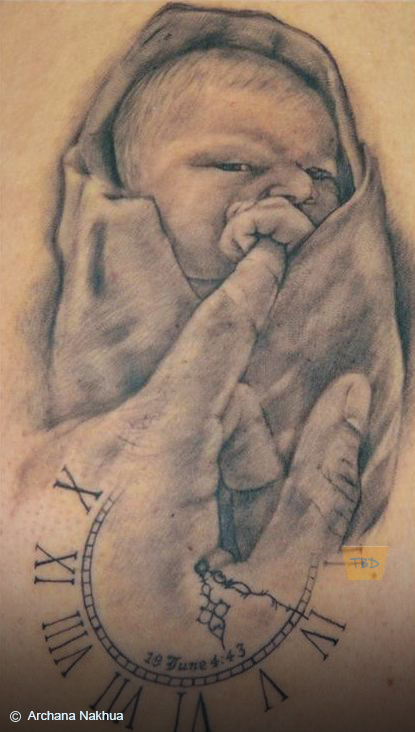 About the tattoo experts:

Aditya, who was studying to become a computer engineer, decided to become a tattoo artist thanks to his love for the art. Little did he know then that within four years of getting into this profession, he will bring home an award for his talent. The 28-year-old got an award at the Pune Tattoo Convention 2014 for the best black and grey tattoo. The tattoo that brought him the laurel was a masquerade mask with elements of a peacock over it. Today, Aditya's family is as happy as he is; after all, he is enjoying his work, and the money he earns is nothing less than what an engineer earns.

After completing her graduation in Commercial Arts, Archana was planning to go abroad for further studies, before she decided to learn the art of tattooing. Who knew then that she would be one of the most awarded female tattoo artists in India! Today, Archana is happily engaged to Nikhil Bhanushali, a marketing expert, and the couple has started their own tattoo parlour in the ever-bustling city of Mumbai. ‘Ace Tattooz' is now a franchise, with one parlour in Ghatkopar and the other in Colaba.

Also Read: How To Take Care Of Your Tattoo

11 Foods You Thought Are Unhealthy But Are Healthy In Real

Learn How To Lose Weight Cleaning Your Home