Social media – how much is too much?

Everyone has an opinion about social media and for or against it. It's the in-thing today. If you aren't a part of it, people think you are from the Stone Age! Such is the influence of it that even youngsters as small as 10 and 11 have accounts on Facebook, Twitter and Instagram. The question thus arises, how much of it is too much? How much of social media crosses the line of privacy, how much does it interfere with real life social interaction. As imagined, everyone had something to say, and most had a lot more than required to say! So here are a few titbits of what some youngsters had to say about social media saturation.

Talent Acquisition Executive Hiral Goradia said, "It gets annoying when people upload where they are, with whom, and how they are feeling. I mean, why will anyone be interested, other than your close friends?" Hiral then went on to open her Facebook account and show us one of her friends' post which read – ‘Super fun Sunday!', to which she annoyingly commented, "Why would I be interested in your Sunday? You enjoy it; don't tell the world about it! This is just show off. People love making their presence felt. There is no need for it. People want to use every social app that exists. Have you tried this app and that app? NO, I HAVEN'T, and I don't want any of it. So annoying!"

27-year-old Mohan Prabhu had this to say, "I enjoy social media but I have my limits. I don't get too involved with all these groups and stuff. They do nothing but criticise people/events, everything. This hash tag business is also very irritating. Too many hash tags that you even find it difficult to read a sentence! Social media is a potent weapon for the youth of today, to battle social issues and be an active part of society. But I feel it's being misused. More than helping social interaction, it has completely ruined social life." 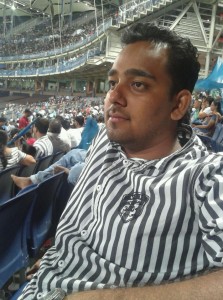 Android Developer Mahesh Baligar said, "I don't like getting these group notifications from all the groups I'm a part of. I keep leaving them and they keep adding me back. They are my friends, yes, but why don't they meet up with me, instead of disturbing me on group chat all day. Even these game requests. Candy Crush, this and that... no, I don't to play Candy Crush." 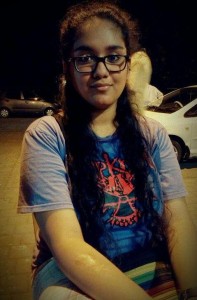 20-year-old Pratika Prabhune works as a Social Media Analyst. Even though her job requires her to be an active part of social media, she had a strong opinion against social media saturation. "Virtual life has become more happening than real life. People care about their online image rather than interacting in real life. Social interaction has become internet based. Edited pictures are so deceiving, and then when you meet the same person in real life, err... awkward, ‘you need more greyscale on your face!' (grins).  With the support of the number of likes that their display picture gets, and the supposed security it brings, some people crash in real life social interaction."

Content Head Manish Gaekwad said, "With a room full of people to interact with, most people choose to interact on social media. Friends at a table ordering drinks, friends watching a movie, or at the beach – all that you find them doing is updating statuses, clicking pictures on their phones! Does everyone need to know that the sun set? I mean, enjoy it, enjoy life in your own way. You don't need a selfie; you need a helpie, like help yourself!"

Real life social interaction is like an art that is fading away, going extinct. I fear the day when everyone's face is a mobile phone screen and their display pictures are the wallpaper. Overkill of smileys to express your emotion is not the way to go. Go out! Meet new people, smile, laugh and give high fives! Don't :), and :^) and ^5. Technology is an aspect of life, not life itself.