She's quirky, she's eccentric, she's self-made and she is the face of the new age, strong headed Indian woman! She's the innocently inspirational ‘Rani' and the unabashedly upfront ‘Datto'. She's Kangana Ranaut. In the glory of her naturally curled hair and path breaking style quotient, Kangana outshines her contemporaries with her choice of hard-hitting characters. But do you know all that is to this currently reigning ‘Queen' of Bollywood? If not, allow us to enlighten you on the motivational struggle story of this unconventional beauty.

Kangana was born in the year 1987 in a small district called Bhambla in Himachal Pradesh. She has an elder sister, Rangoli and a younger brother, Akshat. Kangana was outspoken and rebellious since her childhood. She would dress differently as a kid and not care about the weird glances from people. Though she had always been good in academics and wanted to become a doctor, it was a failed chemistry test that made her rethink about her goals in life. Eventually, she started taking a liking towards theatre and acting. However, since she belonged to a conservative joint family in a small town, her parents didn't approve of her decision to enter the entertainment industry.

Kangana, determined that she was, packed her bags and left for Delhi at the young age of 16 without any financial support from her family. She started off with modeling but soon felt that it was not her calling and joined theatre. A positive response from her audience prompted her to take up acting professionally. That's when she stepped into Mumbai and enrolled herself in an acting course. This was one of the most difficult phases of her life when she even had to sustain herself on bread and pickle, because of a financial crunch.

Talent triumphs! That's how Kangana landed her Bollywood debut, Gangster. She auditioned for the role and got selected by Anurag Basu but Mahesh Bhatt thought that perhaps, Kangana was too young for such a demanding role. They chose an established actress over her. But as luck would have it, a last-minute refusal from the actress made Anurag bring Kangana on board. The film won accolades and Kangana never looked back!

Also Read: Kangana And Rangoli At The Femina Cover Launch

A recipient of three National Awards and four Filmfare Awards, Kangana is now one of A-list actresses of Bollywood with stirring movies like Wo Lamhe, Fashion, Raaz 2 and Krrish 3. However, her most memorable performances have been in Queen and the Tanu Weds Manu series. Queen, she claims, has been the turning point in her life and has helped her mark her individuality. In her own words, Queen made the same people who once thought that she was too reluctant and stubborn for the industry, change their perception and come up to her.  We couldn't agree more! 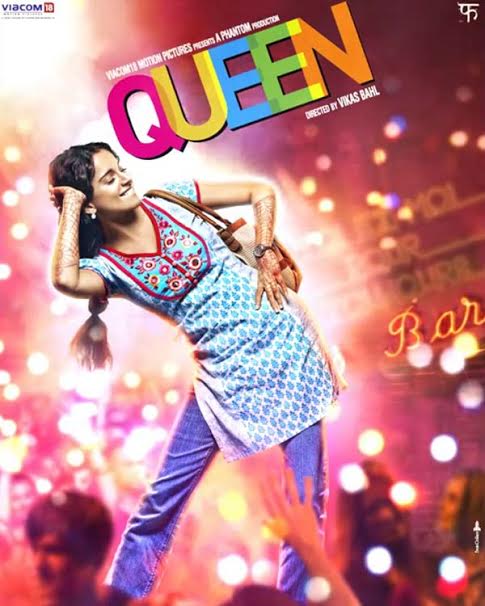 Kangana Ranaut played the lovable character of 'Rani' in Queen[/caption]

All That You Wanted To Know About The Beauty Blender