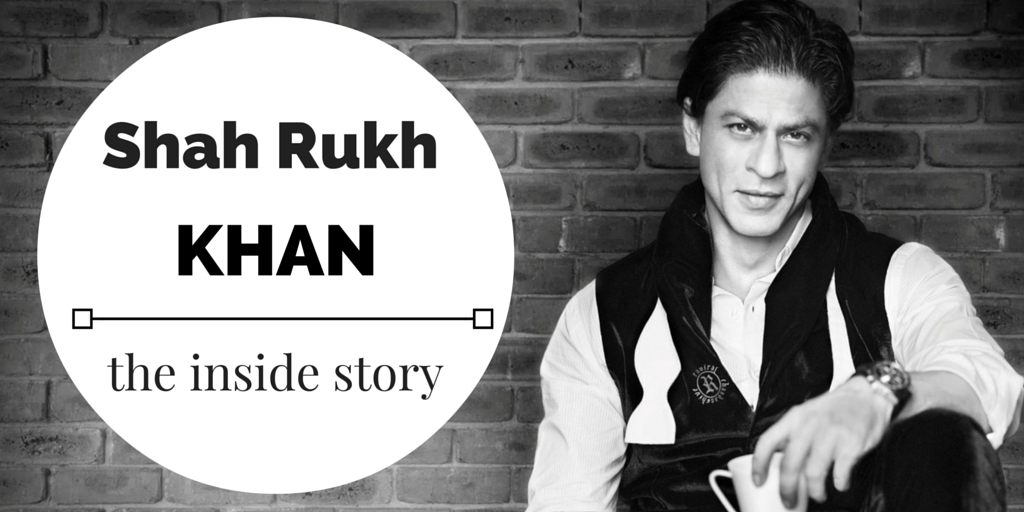 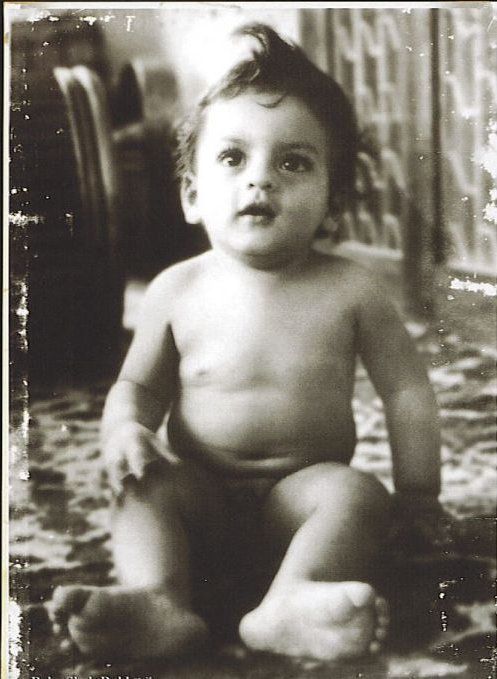 Shah Rukh Khan as a toddler! Those eyes!

Abdul Rehman was born on 2nd November, 1965 in a Muslim household in New Delhi. Soon enough, his father, Meer Taj Mohammed Khan changed his name to Shah Rukh Khan, which translates to ‘the face of the king'. Little did he know that the young boy would grow up to be King Khan. Khan lived with his parents and elder sister in a rented apartment in Delhi. He was excellent in studies as well as sports like hockey and football. It was only during his college days in Delhi University when the acting bug bit him. He left his Master's degree midway because of his increasing interest in theatre. It was around this time that he met a Punjabi girl named Gauri Chibber at a friend's party in Delhi.  A dance began their friendship; the friendship blossomed into love and the love gave way to marriage. 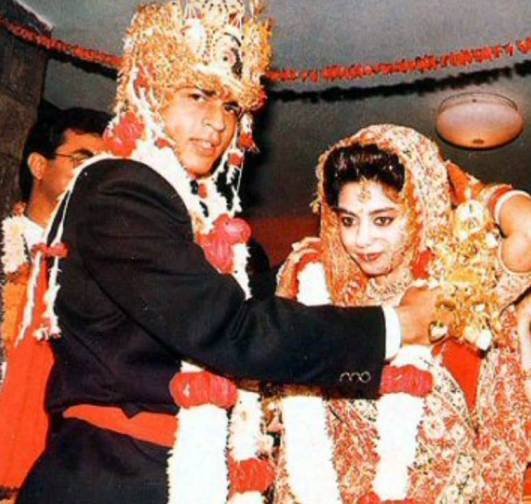 Shah Rukh Khan's family was devastated when his father died of cancer. His mother departed a few years later, leaving his sister in a state of depression. A young Shah Rukh took to managing a restaurant in Delhi as the sole means of living. He also worked as an usher in a Pankaj Udhas concert to earn Rs.50.

Shah Rukh stepped into Bombay in the hopes of making it big in the film industry. Because he had no accommodation, he used to sleep outside a 5-star hotel in Mumbai. He started his career with TV shows like Dil Dariya, Fauji and Circus. The year 1992 saw Khan bagging the role of the second male lead in Deewana. He was cast as a replacement to a reputed actor and hence, agreed to do the role for a small sum on money. He even took to selling the tickets of the movie at a movie theatre in Mumbai. His patience finally paid off when he won his first Filmfare Award for the Best Male Debut that year.

However, the turning point in SRK's career was when he played negative roles in Darr and Baazigar. Here lies the twist: Established actors refused to take up anti-hero films which made the reluctant directors get Shah Rukh on board. Darr and Baazigar went on to be blockbusters. But it was only big banners like Yash Raj Films and Dharma Productions that brought out the best in Shah Rukh! He attained the status of a superstar after doing iconic movies like Dilwale Dulhania Le Jayenge and Kuch Kuch Hota Hai. 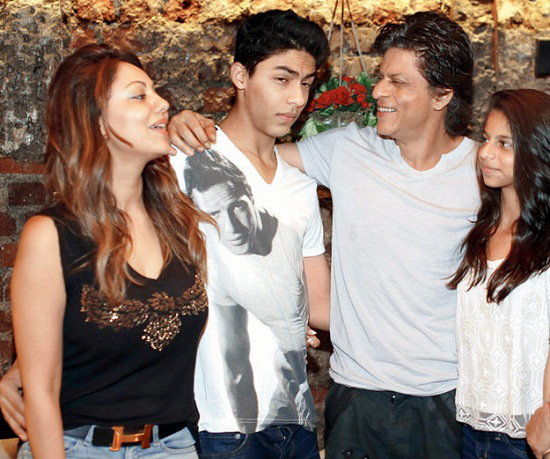 Shah Rukh Khan's family are the apple of his eye

Since then, success has been at the Badshah's feet. He is one of the finest actors and the biggest superstar Bollywood has ever seen. Along with being the richest Bollywood actor and the second-richest actor in the world, he has been honoured by UNESCO for his charity. Besides this, he regularly features in lists of the most influential and powerful people in the world. Like he always says, ‘Jo kuch nahi karte, wo kamaal karte hain'!

Also Read: The King's Castle Like Never Before – MANNAT

5 Food Myths You Thought Were True