Will Smith, who during his recent visit to India, fulfilled one of his wishes, and that was to be a part of a Bollywood dance sequence. Yes, that’s right, Will Smith "will" dance on a Bolly number and that too in Dharma Productions' Student Of The Year 2! The Hollywood star will be seen shaking a leg with 'Student of the Year 2' actors Tiger Shroff, Ananya Panday and Tara Sutaria in the film.

Will has already finished his shoot for a song which is choreographed our beloved Remo D’Souza. The actor spent a whole day rehearsing the steps for the songs. The steps involved mainly all Bollywood steps with typical thumkas and for everyone’s surprise, Will aced it! 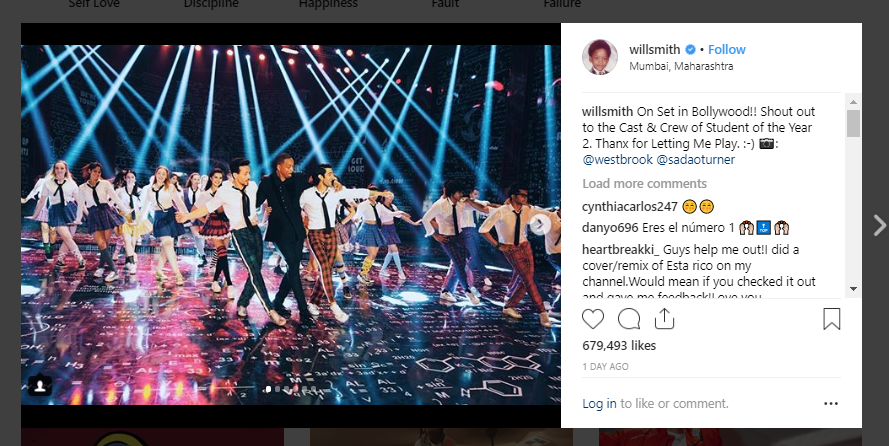 A picture of Hollywood actor Will Smith shaking his legs with the actors of ‘Student Of The Year 2’ has been doing the rounds on the internet. That led to the speculations that he might be featuring in a special song in the movie. Choreographer Remo D’Souza recently confirmed the same.

Remo D'Souza recently took it to his Instagram handle and put all the speculations to rest by sharing a picture with the Hollywood star and captioning it as, “Can’t even say this was dream come true, coz I have never dreamt of working with my fav and one of the worlds best entertainer :))) this was the most amazing surprise of my life :) thank you @willsmith you the best.”

Will Smith too had shared a picture of the dance number on his social media handle with the actors and wrote, “On Set in Bollywood!! Shout out to the Cast & Crew of Student of the Year 2. Thanx for Letting Me Play." Meanwhile, Ananya and Tara also posted selfies on their Instagram account with Will. Anaya captioned the photo, "This legend visited our set today!!" 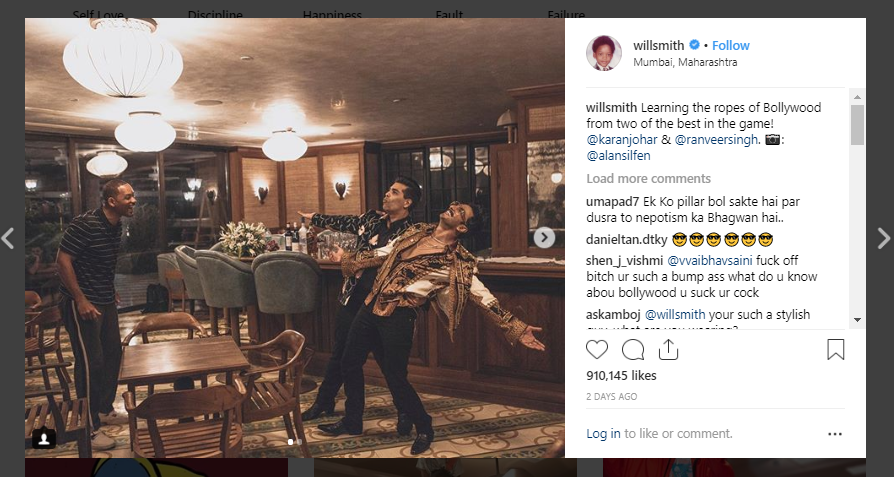 Will is currently in Mumbai for an event. Earlier, he also visited the sets of 'Koffee with Karan' and bonded with Karan Johar and Ranveer Singh over a dinner date later. He might be seen in a special appearance on Karan's chat show in an episode featuring Ranveer Singh and Akshay Kumar.