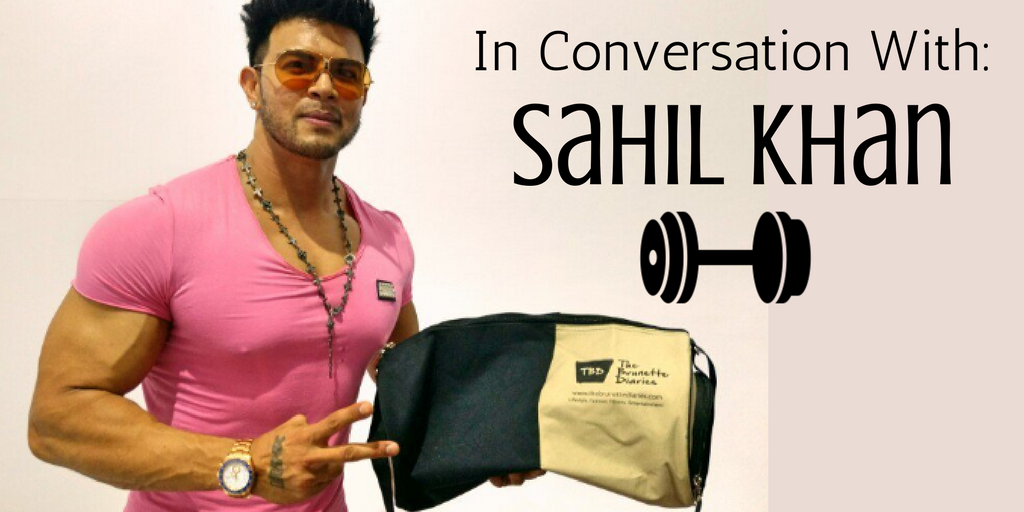 You'd be lying if you said that you don't remember Sahil Khan for his hilarious comic timing in the 2001 film, Style! After doing a handful of films, he ventured into the fitness industry. Cut to 2017 – Khan is now the face of leading food supplement brand, Big Muscles Nutrition. Not only does the actor himself flaunt an insanely muscular body, he also wants to be recognised as the Hulk of Bollywood!

Also Read: Weight Gainers – Are They Good Or Are They Bad?

The Brunette recently had a one-on-one conversation with the fitness icon about his mantra and here's what he had to say some really cool things! We asked him to choose the easier one between workout and diet and he was quick to reply with "diet." However, just like us, he too loves gorging on junk food once in a while. In fact, his fave cheat meal would be something from McDonald's! Same pinch :)

On a regular day, Sahil works out for 90 minutes and chooses weight training over a session of cardio. Being the Style Bhai that he is, his go-to gym wear consists of a pair of sneakers, his tracks, and a comfy XXL tee! Simple, much?

Music is such a crucial part of a workout session! Wanna know what Sahil listens to while sweating it out? He said, "I don't really listen to the same thing all the time. It keeps changing. I also hear motivational speeches by people like Mike Tyson, just to keep myself pumped. Currently, I'm listening to the soundtrack of the film Champs."

Sahil also took to TBD to confess that he has a lot of problem in fitting into his clothes, considering his super muscular body. He said, "Bahut problem hoti hai, yaar! I never find clothes of my size. I always have to wear size 38 pants, juts to fit in my legs, even though that's not my waist-size! Bahot baar jo kapde pasand aaye, woh mere size mein available hee nahi hoti hain." Well, we can totally imagine his predicament!

Also Read: It's Time To Work Out In Style With Our Gym Wear Guide

This fitness enthusiast currently weighs 100kgs and his goal for 2017 is to gain another 2-3 kgs by the end of the year. Another fun fact about the man is that he doesn't believe in measuring his body. He judges his fitness results just by how he looks in the mirror!

The CEO of Big Muscles Nutrition, Suhel Vats, went on state that these supplements are not just targeted at the male audience. Women bodybuilders should also use and benefit from these exemplary products. The brand is currently into developing the women's line of products, after which they will be considering a female bodybuilder, too, as their brand ambassador.

Big Muscles Nutrition also keeps those people in mind who want to lose weight and stay in shape instead of building a muscular body. So you can just replace any of your regular meal with a protein product, you get the required nutrition without all the extra fat. Cool, isn't it?

These dietary supplements are widely available in shops throughout the country and can also be purchased on their official website www.bigmusclesnutrition.com. Plus, they are also available on various online shopping giants, where discounts are also available! Now, that's news :)

Sahil bid adieu to the brunette with an important message for people who use steroids. He said, "Make sure you find a good doctor later on." And that's why he is the perfect ambassador for fitness!

Rose Is The Answer To All Your Beauty Needs

Why Dates Should Top Your Winter Must-Have Foods