Proof That Sunny Leone Is Absolutely Sweet In Real Life

Sunny Leone is undoubtedly one of the most popular actresses of Bollywood. With just five Bollywood films, she has proved that she has the capability of carrying a film on her shoulders.

We all know that Sunny was an adult star who came into limelight in India with ‘Bigg Boss 5' and became a household name. With her sex symbol image, it's no wonder that filmmakers queue up outside her house to make movies which can cash in on her body. But, in real life, Sunny is completely different from her onscreen persona.

Today, the beautiful actress celebrates her 34th birthday (Yes, you heard it right! She doesn't look like, right?) And on this occasion we bring to you this ‘Birthday Special' feature in which we highlight a few points about Sunny which prove that she is extremely simple and sweet in real life.

Here's a small list which proves she is a simple girl-next-door at heart:

Tweet: So many purchases today but my favourite thing I got was 4free.Bubble wrap!Spent the last 20min popping bubbles.I have 2full sheets left! (Yes, she loves bursting bubble wraps too – just like you and me!)

Quote: People don't know that I'm goofy and nerdy. I might be in this body, but I'm completely different from what people think I am (Exactly what we're trying to say with this article here!)

Photo: Then, there's this pic that speaks volumes of her fun night out: 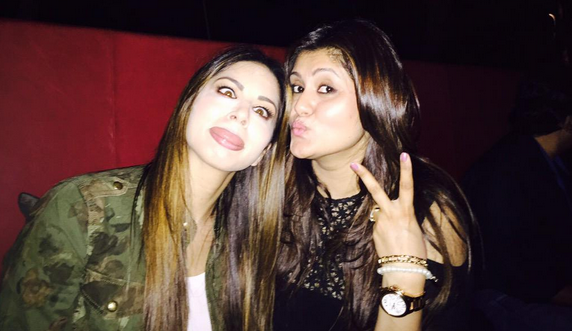 Sunny Leone having fun with a friend[/caption]

Her Innate Qualities That Shine Through Despite Her Onscreen Persona:

2)      Trying Her Best To Prove Herself As A Bollywood Actress: It's not easy to prove your acting mettle in Bollywood and Sunny is trying her best to do that. She gives her 100% to a film – from getting the lip-syncing/dialogues right to getting the emotions properly, to promoting the film – as a thorough professional she gives it all her efforts. 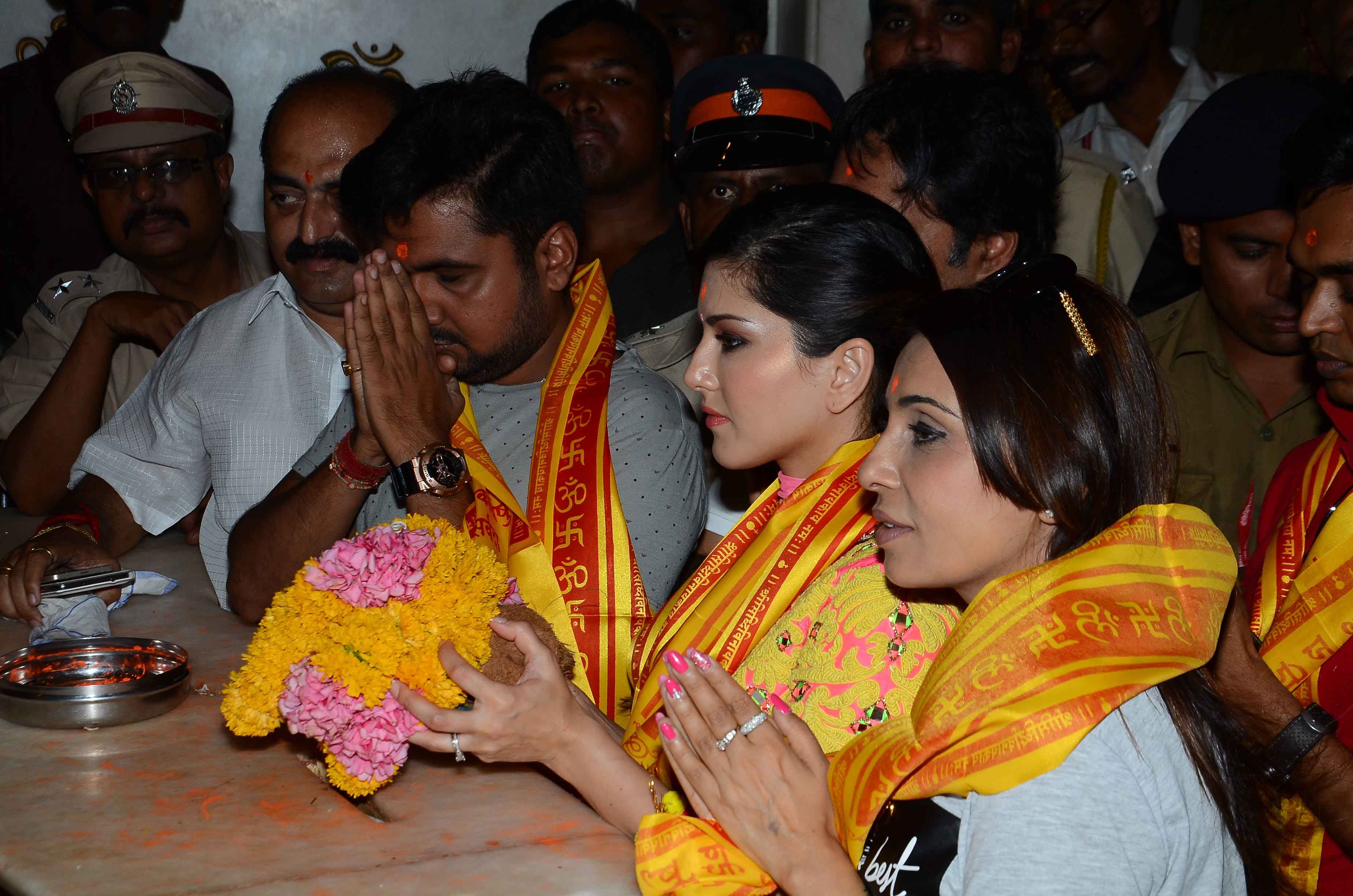 3)      Decently Dressed Off-screen: When it comes to Bollywood films, we have seen that the makers of Sunny's films cash in on her sex symbol avatar. But, whenever it comes to her off-screen appearances, she is always decently dressed. From film promotions to award functions to her religious visits, Sunny unfailingly manages to grab everyone's attention with her decent yet impeccably glamorous dressing style.

4)      Never Rude: One of the biggest positive qualities of Sunny is that she is never rude to anyone. She always poses for the shutterbugs for her fans as well as for the media. Whatever questions a media personnel asks, Sunny answers with a smile. And not to go forget, she always tries to speak in Hindi whenever possible, and talks to people addressing them as ‘aap'.

5)      Does Not Give Fake Promises: Her recent video #Bajaoed which went viral had lots and lots of things that proved she is sweet, innocent and honest. Why honest, you ask? Well, when one fan welcomed her with her husband Daniel Weber to his place, Sunny did not give him a fake promise that she will surely come to his place; instead, she sweetly told him that she probably will never come to his house… she followed it with an apology too! With her super-busy schedule, it won't be possible to coordinate with a fan staying miles away from the city where she is put up, and go all out to visit his house, can she?

6)      Innocent Retweets: Sunny, who is very active on Twitter, interacts with all her fans as much as possible, and even RTs them whenever requested! Her innocence reflects in the fact that Sunny has even RT'd these tweets/requests: 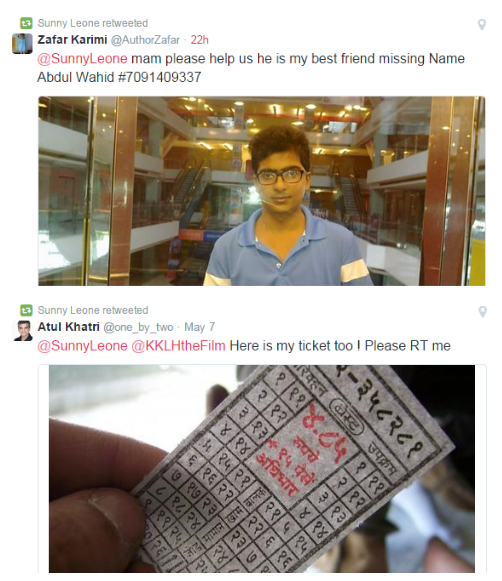 As a conclusion, all we can say is that misconstruing Sunny Leone's nature and soul only because of her profession is so not done! And yes, before we end… this article is completely our take… not an attempt by her PR machinery to clean up her image! We totally love Sunny for the human being she is! So, here's wishing the lovely Sunny Leone a fantabulous birthday! May her innocence shine through always! :)

Top 10 Causes Why Some Marriages End In Divorce