Taking Care Of A Drunken Friend

Drinking may seem fun at first, but when things go out of hand, it can get difficult and at times, dangerous. I'm sure a lot of us have had this situation where we've taken care of a drunken friend and dropped him home, but we don't always know what exactly to do at times like this.

(Also read - Fitness habits to establish in your 20's) 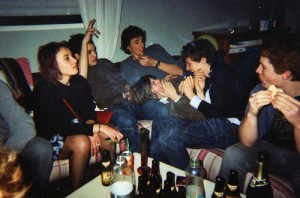 When drinking, especially at a party, things can get out of hand because of the fact that almost everyone is drinking! But there are some people who just go on and on even after they've gone past their drinking capacity. What are you left with? Taking care of your drunken friend, normal story? For me, yes!

(Also read - How to resist the urge of eating junk food)

What exactly do you do when taking care of a drunken friend? Here are some basic guidelines.

Recognize if he's had too many 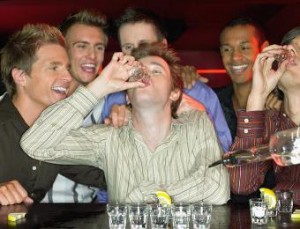 Recognise if he's drinking too much[/caption]

Step in to stop

Especially at a party, after you recognize that your friend is drunk, step in to make sure that he stops the drinking. Try to distract him from drinking more alcohol by talking to him or taking him for a walk. If he still insists on drinks, take up the responsibility of making him a drink, and make sure it isn't something that will get him even more high.

Once your friend is drunk, it becomes your responsibility to take care of the person wherever he goes. Lack of coordination will make walking a bit difficult for him, so make sure you're always around.

This is one thing that may seem harsh, but you must do it! A drunken person may get on his bike/car and insist to ride/drive unless you take his keys away and tell him why you think it's not a good idea at all!

Give him regular water or lime water to drink, nothing else! If he wants to eat, make sure it is something very light and not something that could make him vomit.

If he vomits, offer him something like toast or bread. This will help settle his stomach.

Drive him home if you are sober, or use public transport if necessary. Help him to remove his shoes/belt or anything that could make him feel uncomfortable. Put him to sleep after he has sobered up enough.

Make sure you leave a bottle of water by his side since he will need it as soon as he wakes up!