One of the most beautiful women in our country, actress Aishwarya Rai Bachchan, turned 41 on November 1st this year. She addressed the media late in the evening and also threw a party for her close friends. And guess who was included in the guest list; top fashion designers Prabal Gurung and Manish Malhotra! Since we're talking about fashion, everybody would agree with me that Aishwarya is always spot on when it comes to fashion – irrespective of her body shape (Yes, even during her post-natal phase, she would dress impeccably, we feel). So we decided to analyze her fashion quotient during the press meeting that she addressed. 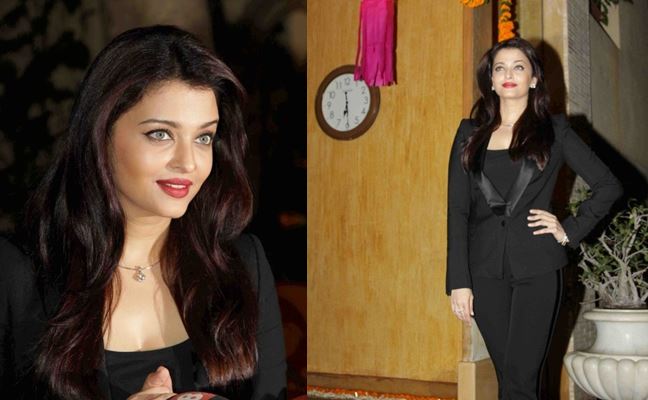 For the event, Ash wore a black suit that flattered her goddess-like figure, and teamed it up with a pair of black pumps. Quite smart, we say!

But what impressed us most was her makeup. Undoubtedly, Ash very well knows the eyes-and-lips formula. While the light-eyed beauty kept her eye-makeup simple with a stylish cat liner, she called attention towards her well-shaped lips by choosing a bold red lipstick that complemented her skin tone too.

Also read: Bollywood relationships you may not know about

Aishwarya surely knows how to rock any look. So for the jewellery department the actress wore dainty pieces of diamond studs and a small diamond pendant... So chic!

Home Remedies For Calluses Or Corn On Feet

How To Tackle Hair Static This Season