The world of fashion and glamour continues to go through phases and changes, and it never fails to surprise us. Actress Sonakshi Sinha has always faced negative criticism for her rather drab sense of fashion. From pink pant-suit and yellow shoes, to unflattering gowns and leather pants and jackets; she has donned many looks that called for criticism from the fashion world as well as the audiences. But something different has happened just recently. Sonakshi and co-star Arjun Kapoor were seen promoting their upcoming film, ‘Tevar' at Mithibai College in Mumbai suburbs. And Sonakshi was looking rather gorgeous! 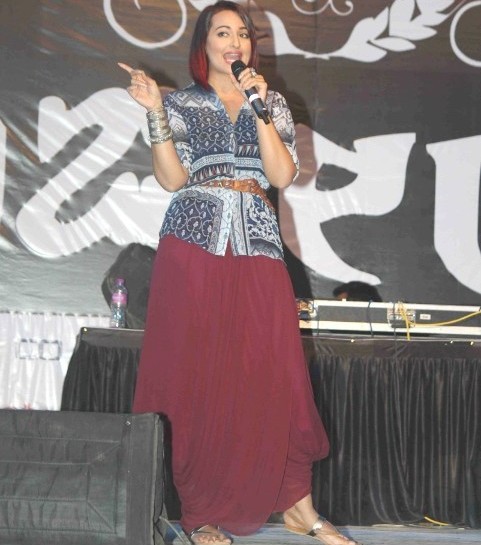 So how could the TBD fashion police miss the opportunity to analyze Sona's look at the event? 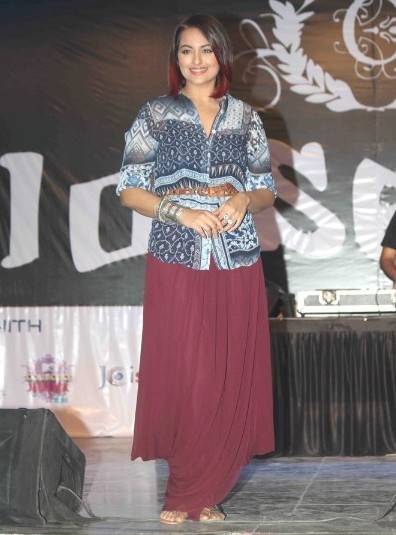 Sonakshi looked every bit pretty during the promotions[/caption]

Sonakshi is said to have been a part of the fashion industry long before she became an actress; looks like she has used her fashion sense to the ‘T' for this particular event. A printed button-down tunic paired with wine coloured dhoti-style pants highlighted all the right parts of her figure (while also hiding the flaws well).

The smartest thing that Sonakshi did here, was playing with colours. The shade of wine on her pants complemented her complexion well and the fluidity of her tunic made the outfit look comfortable yet chic. 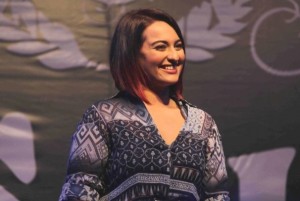 We think the short hair does suit Sonakshi really well![/caption]

Apart from clothes which were really well styled, her hair and makeup were on point! I loved the matching hair chalk and the natural, dewy face. The short crop makes her look very refreshed and frames her beautiful face really well. It was a good decision to go chop-chop!

She finished off her look with lots of silver bangles, chunky statement rings and a brown belt that gave a boho touch to her chic look. All in all, I think this boho-chic ensemble was a breath of fresh air and worked really well for Sonakshi. 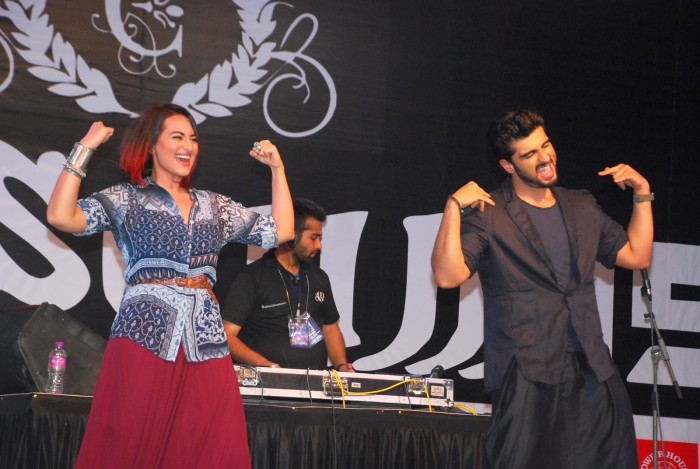 Sonakshi was accompanied by actor Arjun Kapoor who also looked rather dapper in his black casual attire. Arjun too was wearing dhoti-pants and a smart black blazer on a simple tee. Cute much!

Commonly Abused Party Drugs In India And Their Effects