Women are peculiar in nature. They have certain qualities which make them special; nagging is one of them (pun intended). At times it can be good, it can spur you to greater things; but on other occasions, it can get your mind to explode. Nagging can have a detrimental effect like that. As a man, you need to deal with this the right way. Remember, she is after all the dream girl of your life. So, deal with this annoying behaviour in 3 simple ways and stop her from nagging once and for all. 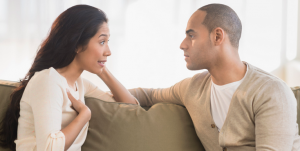 There's no better way to make a woman feel important than by hearing what she has to say. And before you jump out of your seat and make that horrified face, be patient. It isn't too much to ask for, especially if you take into context the lady you are talking about is your lady love. The important thing here is to be calm and composed. Often, when women nag, they don't make much sense. In such a scenario, showing compassion goes a long way in pacifying her. Give her a point-by-point explanation once she has mellowed down. This way you are reducing the chances of an argument occurring.

Also read: Men get talking about women's attempts to impress them!

React In A Sound Way

Hysteria is for the movies and daily soaps, not for real relationships. Don't go defensive the moment she starts her barrage. The pinpointing of mistakes is a small part of the whole process. Wait it out. Add a touch of humour if you may to proceedings. Apologize instantly in case you are wrong. It in no way casts a doubt over your masculinity; it only stops any further outrage. Disaster averted.

Also read: 5 Things You Do At Work That Women Don't Like 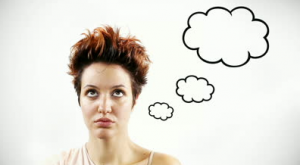 Lot of men, in their arrogance, think that the lady is always wrong, that her nagging makes no sense at all. But, this is far from the truth. There are several times when there is genuine concern behind all the nagging. Many men don't pay heed to it. In fact, most men attribute it to their PMSing or jealousy. There are times when women have to face up to harsh things at work and home. The stress can easily take its toll. You could also be adding fuel to the fire with your behaviour. Factor these things out. Once done, ensure you put your best foot forward to solve these impending issues. A small tip: Never respond in anger; at such times silence is the best solution.

Side Effects Of Heat Styling Products Every Girl Must Know