The 5 Commandments Of Group Texting

With apps like WhatsApp, Skype, Hike and Line that have made messaging free and group chats possible, we suddenly find ourselves lost amidst several groups. These groups may include family, friends, school and college friends and office colleagues. Groups have the ability to brighten up your day, while at the same time they can completely ruin it too!

There are 5 unspoken rules of group messaging – we present you with the commandments of group texting... 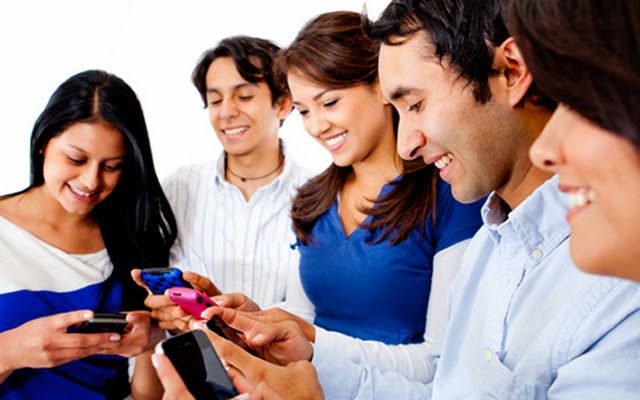 Thou Shalt Not Depart From A Group Without Notifying Others

It is only natural to want to leave a group that has little to no relevance to you, such as an old workplace or old school friends. Messages from these groups are often irrelevant to your life, and at times it really doesn't make sense to stick around. But do remember, it is considered rude to make a sneaky exit. Try typing a polite message explaining that you wish to leave the group. You may even consider explaining why, if you have a strong alibi. Once you've done that, you can then leave the group.

Thou Shalt Silence Thy Phone

With a great big group comes great responsibility... well, more like ‘courtesy' really. So be courteous to the ones around you, and consider silencing your phone when group discussions occur. This can be especially annoying for those around you at a family dinner, when all of a sudden your phone starts pinging every 5 to 10 seconds. Do the right thing and ‘shush' your phone, at least until the group settles down a bit.

Thou Shalt Not Stay Up Messaging All Night

It often happens that we wake up to 250 messages from a group, thanks to a late night conversation gone wild. This can be quite difficult for even the fastest of readers to go through in the morning. And even though one should avoid checking their phones just as they wake, most people often use their phones as alarms. So as soon as they switch off the alarm, they are greeted by a ton of messages. This can be a very stressful way for a person to start their day. Hence, be a dear and stop messaging in groups after midnight.

Thou Shalt Not Judge Those With Different Phones

You need to understand that not everyone has ‘smartphones'. Some people have ‘iPhones' and as the saying goes, "If you don't have an iPhone, you don't have an iPhone". Because as far as sending music via WhatsApp goes, iPhones cannot do that. Similarly, there are other phones that may not have all the features that your phone may have. Some people may not be able to play videos you send them, as their phone may not support the video format. Now, this isn't their fault and it is really rude to criticise the user for not being able to text properly because of their phones.

Thou Shalt Mute The Conversation

There are times when you get irritated with the constant messaging that takes place in a group, but at the same time you lack the option of leaving the group. This may be especially true for family and work groups. So now you find yourself in a dilemma – you can't live with them and you can't live without them! Luckily, most messaging apps have a mute option to save you from this dilemma. Simply, mute the relevant group and you can always check back when you get time and wish to chat with them. WhatsApp takes muting to the next level by allowing you to disable notifications for a specific group. No more flooding your notificatio006Es tab with a zillion redundant messages.

Now that you know the 5 commandments of group texting, we hope you abide by them; else the phone gods may get angry...