The Conventional Kiddie Birthday Parties Are Back!

Thanks to the tightening family finances, grand scale children's birthday bashes that offer quick entertainment at play centers, fancy fast food joints, amusement parks and similar venues, are done with. Now is the time to go back to our roots and have the traditional kiddie birthday parties with all of our friends while gorging on cake, chips and sweets!

Also read: Tips to save on birthday presents for friends

An increasing number of parents are now resorting to having a traditional birthday party for their children. We interviewed some parents of children between the ages of 2 and 10, and asked for their views on organizingyearly birthday bashes for their kids. Here's what some of them had to say: 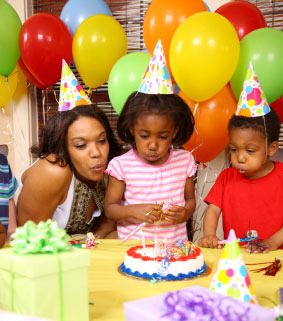 The conventional birthday party is back![/caption]

Tarun Malkhani, a finance executive, said "I have twins, and we live in a joint family; so, managing the finances can get tough at times. As my children are still tots, my wife is currently employed with taking care of the twins which by the way, is a 24-hour, full time job. So, in such a financial scenario we try not to splurge wherever possible. Hosting a grand party at amusement parks can get a little pinchy, so we prefer to have private conventional parties and invite a few play-school friends over."

On the other hand, Dorothy Da Silva, who is a homemaker, feels that traditional parties are better than the contemporary ones, "I've always enjoyed my traditional-style birthday parties as a kid and I feel they are much better than their modern counterparts, where one hardly interacts with family. I want my child to enjoy the simple pleasures that I did as a child. Hence I prefer traditional birthdays. It's like spending quality time with one's family." 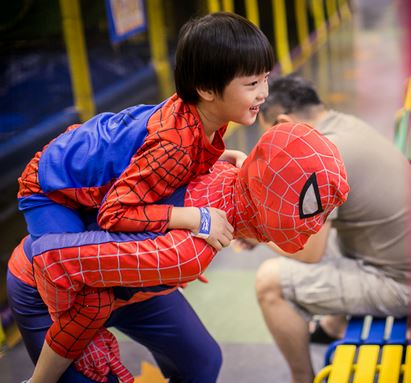 These days, the traditional birthday parties are celebrated in themes like this one![/caption]

Entrepreneur Nasreen Merchant, who runs a play school and day care centre, says, "We provide many facilities other than play school and day care… one of them being, conducting birthday parties for the children. Many parents are repeatedly inquiring about simple traditional birthday bashes that we usually arrange. It's logical too – it costs less, so you can have more people over. It involves fun activities that the whole family can participate in and also, it involves some of the traditional birthday party games like Tail The Donkey and Pass The Parcel. It makes me happy to know that we have come full circle!" 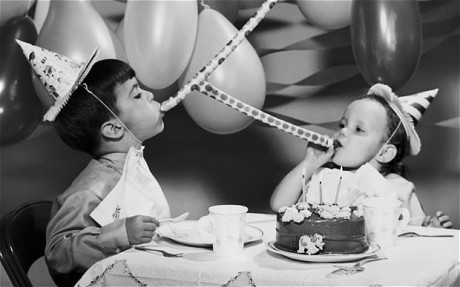 We completely agree with Nasreen! Birthdays were so much fun in the hay days. In our opinion, throwing money at fast entertainment is not only boring but outright annoying! Conventional birthday parties celebrated with the whole family is more fun than a trip to the amusement park. What's more, you can even have a theme of your child's favourite cartoon or toy for their party (think Minnie mouse or Captain Hook!). So if your kid's birthday is nearing, think about hosting your own private traditional birthday party and make your child feel special. Until next time...

Are You Equipped With These 3 Domestic Essentials?