We love seeing their chemistry on-screen and a few of them became real-life lovebirds. Sometimes this onscreen love resulted in a wedding off-screen. Yes, people, some of these personalities met each other, spent time and fell in love with their now better half on the sets of films.

From the recently wed Ranveer Singh and Deepika Padukone to the veterans Saira Banu and Dilip Kumar – here are stars that fell in love with each other while shooting films.

Here are some celebs who fell in love on sets: 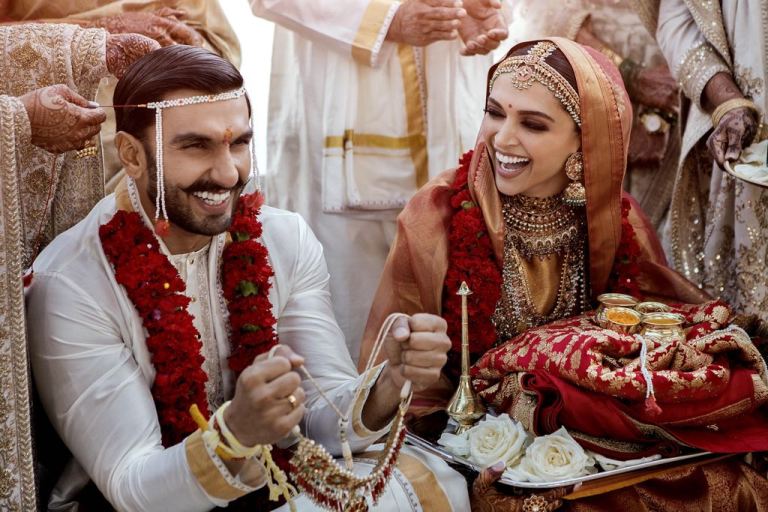 The two fell for each other while shooting their first film together - Sanjay Leela Bhansali’s Ram Leela in 2013. The two recently tied the knot in an intimate ceremony in Italy. 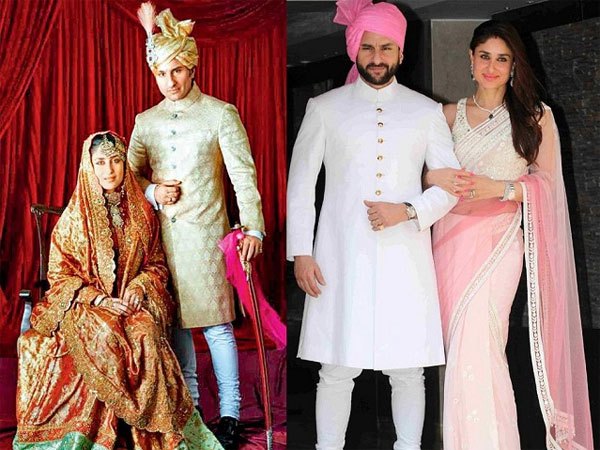 The Nawab of Pataudi fell for his begum while the two were shooting for Vijay Krishna Acharya's action-thriller Tashan. They tied the knot on 16 October 2012 and are now the proud parent of the (almost) 2 years old Taimur Ali Khan. They have also starred opposite each other in Kurbaan. 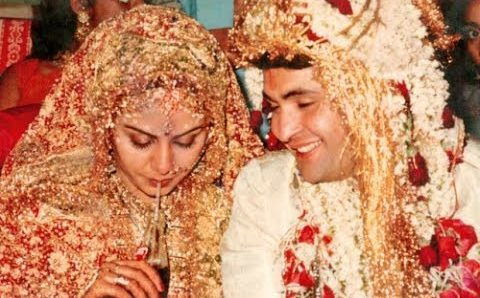 Rishi Kapoor married actress Neetu (his 15-time co-star) on 22 January 1980. They started dating when Neetu was just 14 years old. They have two children - Ranbir Kapoor (born on 28 September 1982) and designer Riddhima Kapoor Sahani (born on 15 September 1980). The actors were paired opposite each other in films like Zinda Dil, Zehreela Insaan, Jhoota Kahin Ka and more. 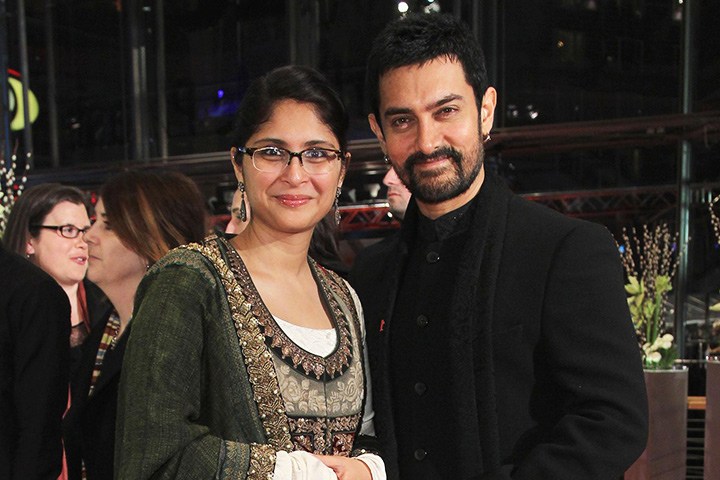 The actor met his second wife Kiran Rao who was an assistant director for Ashutosh Gowariker’s Lagaan during the film’s shooting. The couple became man and wife on 28 December 2005 and welcomed their son (through surrogacy) - Azad Rao Khan - on 5 December 2011 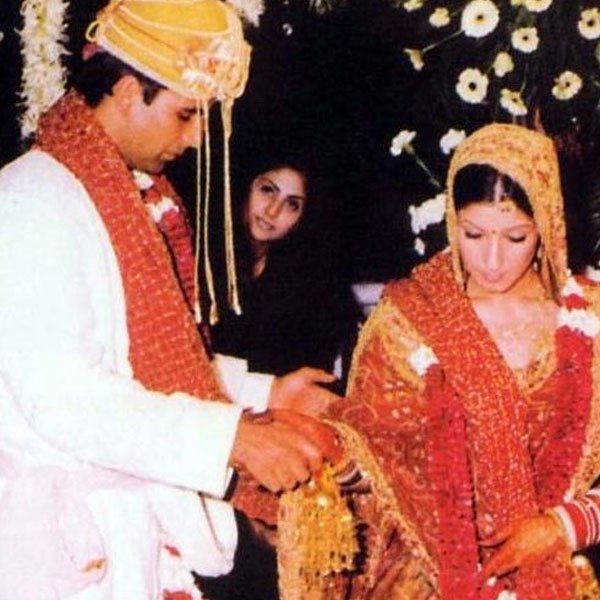 Did you know that this couple was engaged twice? Twinkle Khanna - the daughter of actors Rajesh Khanna and Dimple Kapadia - married Akshay Kumar on 17 January 2001. The actors have shared screen space in many movies including International Khiladi and Zulmi. They have two kids – Aarav and Nitara. 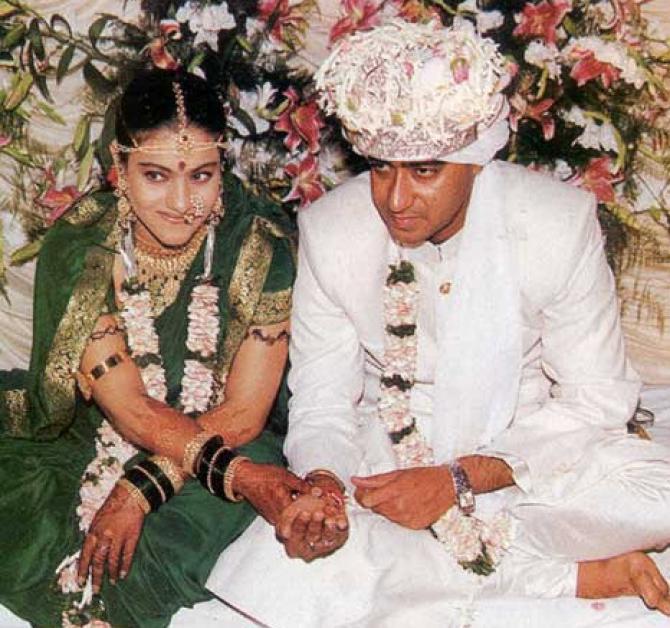 Ajay Devgn began his relationship with Kajol while they were co-starring in Gundaraj in 1995. They also acted together in Pyaar To Hona Hi Tha, Hulchul and more. On 24 February 1999, the couple married in a traditional Maharashtrian Hindu ceremony. They have two children - Nysa, was born in 2003 and Yug was born in 2010. 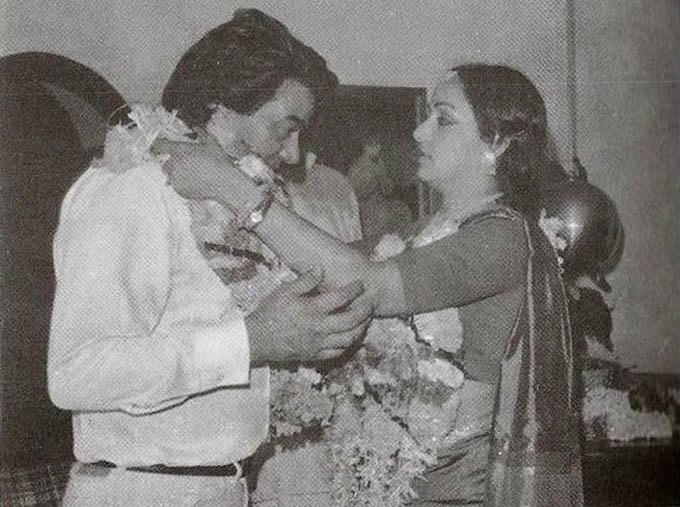 The couple starrer together in many films including Raja Jani, Seeta Aur Geeta, Chacha Bhatija, Azaad, Sholay and many more. Dharmendra wed Hema Malini allegedly converted to Islam in order to stay married to his first wife without having to get a divorce. The couple has two daughters, Esha Deol and Ahana Deol. 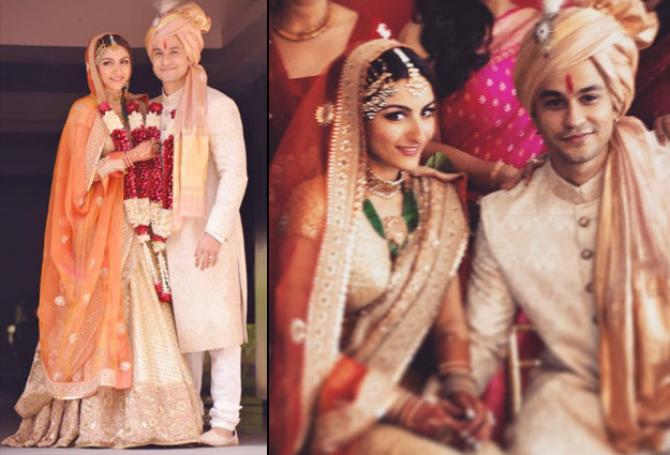 Kunal Kemmu and Soha Ali Khan got engaged in July 2014 in Paris and exchanged vows in Mumbai on 25 January 2015. The couple who starred in films like 99, Dhoondte Reh Jaaoge and other were blessed with a beautiful daughter on 29 September 2017. 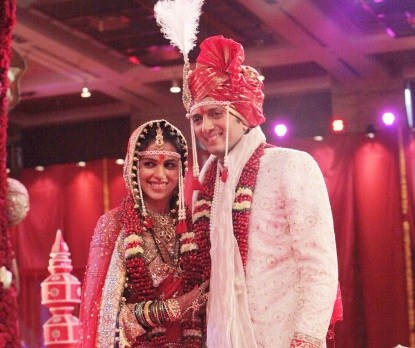 Riteish Deshmukh began his film career starring opposite Genelia in the 2003 romance Tujhe Meri Kasam. On 3 February 2012, he married Genelia D'Souza in a Maharashtrian as well as Catholic ceremonies. Their first son, Riaan was born in 2014 and their second, Rahyl, in June 2016.

We wish these couples all the love there is!

These 5 Reasons Are Enough For You To Get Off That COUCH!