A Few Tips On How To Deal With Bossy People

Have you ever met a bossy person? I bet you have. There are many difficult people that come and go in your life, but the toughest and most irritating ones are the bossy people. Bossy people have a dictator type attitude and they love bossing people around. They are very authoritative as it is their way to achieving satisfaction. They always expect everyone to follow their commands or orders and are very dominating by nature. They always show that they are smarter than you and that everything they say is always right. If someone tries to counter attack their statements, they immediately get into this defensive mode and start behaving rudely. Bossy people are very difficult to handle and get very frustrating at times. But, not to worry; this article will give you a few tips on how to deal with bossy people.

Bring Out Your Inner Kindness

It may be difficult to deal with a bossy person, but it isn't an impossible task. One very good way you can deal with them is by being kind to them no matter what. If they talk to you rudely, don't snap at them because they will expect that from you. Instead, treat such a person with kindness. By reacting in such a way, the bossy person himself/herself will not feel like bossing over and will reconsider their behavior.

Also read: How To Be Happy And Enjoy Work Life 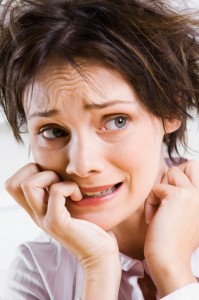 Don't be that person who is scared to stand up for what's right.[/caption]

A bossy person's most common weapon is to instill fear in those who are timid and will move to all their whims and fancies. Don't be that person who is scared to stand up for what's right. A bossy person will always order you to do something that you wouldn't want to do. At such a point, it's time for you to man up and be assertive towards that person who is bossing you around.

Don't Let Them Curb Your Freedom

Bossy people have this tendency of taking away your freedom by imposing stuff on you. Don't let them do this. Your freedom is your right and no one can take that away from you. The only way you can reclaim your freedom is by not being bullied around and not doing what they have asked you to do. Remember that a bossy person cannot really take your freedom away from you unless you give him/her the permission to do so.

Also read: How To Beat Work Stress The Fun Way! 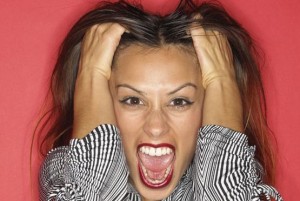 It's always good to release all the frustration in a positive way.[/caption]

When a person gets too bossy around you, it may result in you getting frustrated and angry. This may result in the onset of negative feelings being let out, which you obviously wouldn't want. You could also affect your self-esteem. Better than that, try and confront the bossy person and tell them what they are doing is not right and that you will not tolerate it. Then see how everything will be all fine and you guys might just get along with each other. Incase this doesn't go as expected, then be ready for what's about to come next.

Also read: Strategies That Put Horrible Co-Workers In Their Place

Listen to your heart and train your mind to stand up for what your heart feels is right. True freedom arises when you make the choice to follow your heart over the fears created by the mind.

Rewind To Fast Forward: Walking Down The Friendship Lane

Don't Give In To Temptations: Ways To Control Food Cravings