Today is Marathi Language Day & these movies will ignite your love for Marathi!

Today is a special day for all Marathi speakers all over the world. Marathi ranks 19th in the list of most spoken languages in the world. Marathi has the third largest number of native speakers in India, after Hindi and Bengali. It is written in Devanagari script & is the official & co-official language of Maharashtra & Goa. Marathi Bhasha Din is celebrated every year on February 27 by Marathi lovers.

Why it is celebrated?
February 27 marks the birth anniversary of eminent Marathi poet & writer, V.V Shirwadkar, famously known by his pen name Kusumagraj. His writings are read & thought upon with great respect & love.
Here are some Marathi movies which we recommend you to watch these Marathi bhasha divas. 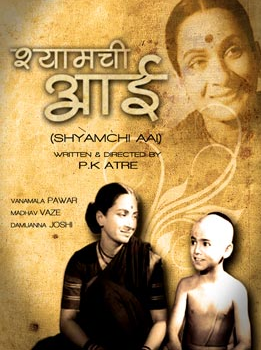 1.    Shyamchi Aai (1953)
This list cannot be complete without mentioning this movie. Directed by the very talented and colorful Acharya Atre and based on a book of the same name by Sane Guruji, Shyamchi Aai is a warm portrayal of a mother-son relationship. 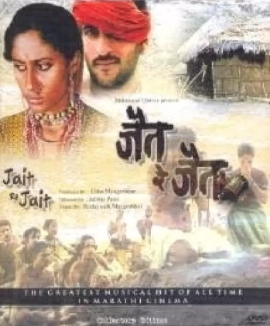 2.    Jait Re Jait (1977)
The story is a tale of revenge, though the revenge is being extracted by a Thakar – one of the tribes in Maharashtra, on a beehive, for damaging his eye. In his quest for revenge, however, Nagya, the protagonist, loses his wife, played by the stunning Smita Patil. Directed by Jabbar Patel, Jait Re Jait, which means win-win, is a multi-layered film, while also being a musical treat. 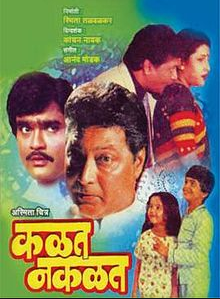 3.    Kalat Nakalat (1989)
Based on the then largely tabooed issue of extra-marital affairs, Kalat Nakalat is about a happy family breaking up after the husband’s affair with a widow. Of course, they reconcile at the end of the movie in a typical cinematic manner, but by then it has made several important comments on the breakdown of relationships, and the overall concept of family as an institution.

4.    Ek Hota Vidushak (1992)
Directed by Jabbar Patel, starring Laxmikant Berde and the great Dilip Prabhavalkar among several other veterans and its dialogues penned by P.L. Deshpande, this one was already a classic before it was even released! 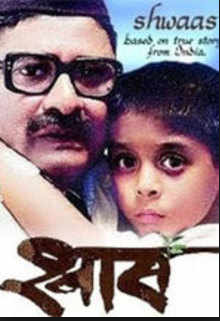 5.    Shwaas (2004)
The film narrates the tale of a grandfather whose agony knows no bounds when he is informed that his grandson would need to have a life-saving operation which would turn him blind. The grandfather-grandson duo then undertakes a tour of the city once before the operation is done, and before the grandson loses his eyesight forever.

So now you know which movies to watch! I know many other movies deserved to be on this list. Comment down your favorite ones!

This National Science Day, Watch Movies Which Push You Towards ‘Being Inquisitive’