We agree you might not be in a position to zip to these places as soon as you are done reading this article; but still, go through this titillating write-up and start planning your next New Year which is exactly 12 months away. *wink, wink*

You love spinning the Roulette wheel? Then you definitely should venture into this perennial party town. You name it and you get it! The most exotic hotels, clubs and bars will surely drive you crazy. They have special shows running continuously for entertainment, but many shut down around midnight hours. So you need to make a call if you want to be in or out. Strip becomes a vehicle-free promenade (starting at 6 p.m.) where you can drink, mingle and watch fireworks shot off from surrounding rooftops. The music bars play pop as well as R&B hits from Mariah, Britney and many more.

Québec City, one of the oldest cities in North America, is magical during the winter holidays, from its authentic Christmas markets to its luminous Québec City Lights Festival which ends New Year's Eve.  Set yourself at any hotel situated atop Cap-Diamant and overlooking the Saint Lawrence River. Trust me it is the most beautiful sight you will ever want to see! Explore the Old Québec during the day and be sure to take in the city's famous fortifications. For New Year's Eve, the festive Grande Allée is the place to be with charming restaurants and bars, music entertainment (singers, DJs) and fireworks at midnight. They have an extravaganza including the best music and a fountain of sparkling wine. It is definitely a delight worth experiencing in a lifetime! 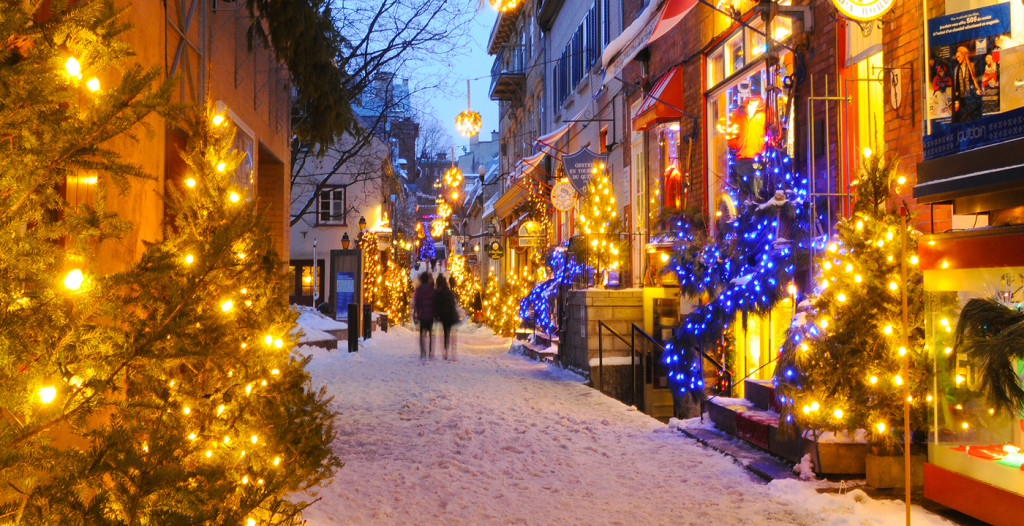 This year spend your New Year's Eve with the Sydney-siders and more than 1.5 million visitors. Sydney always puts on a fabulous show with street entertainment and spectacular fireworks that light up the Harbour. The Royal Botanic Gardens offers three options that sell out quickly. For instance, their Garden Oasis offers dancing, Champagne and views of the fireworks over both the Opera House and Harbour Bridge. Choose one of these and usher in 2014 in style like never before. With trippy music of the Skrillex and other electronic music artists, enjoy to the fullest. You can also catch The Harbour of Light Parade, a procession of boats of various shapes and sizes lit up on a convoy across the harbour. At the end of the night, look out for the unique symbol that will light up the bridge and hold hands with your loved one and make your resolutions. 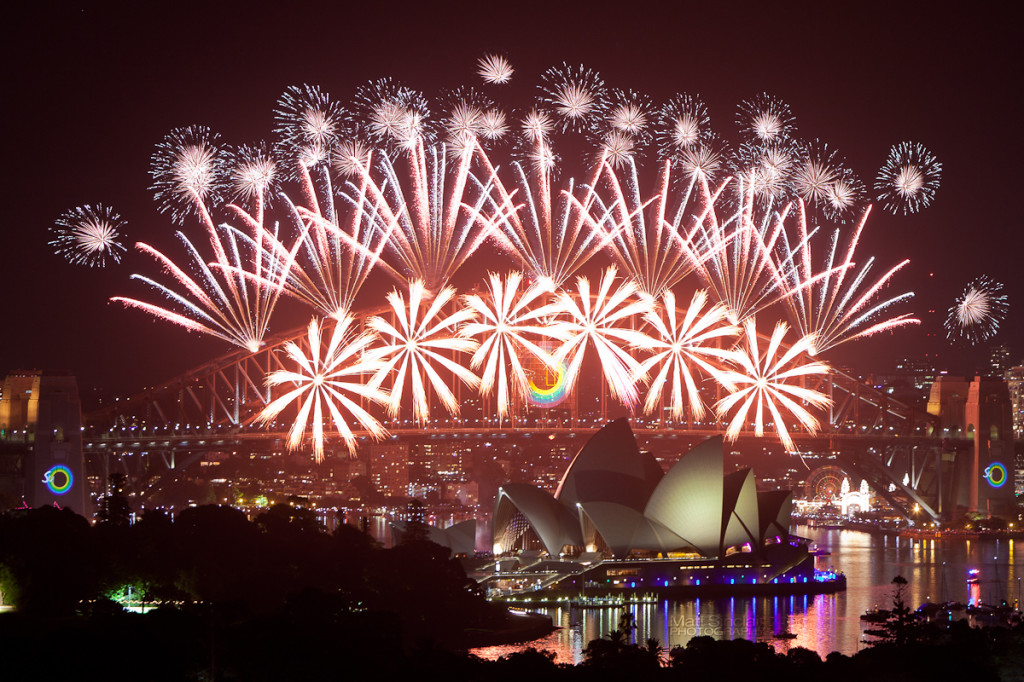 British reserve is in short supply on New Year's Eve, when 250,000 revellers descend upon central London for a riotous open-air party. Alongside Big Ben when the revellers begin the countdown to usher in the New Year, the sight is a treat to the eye. Watch the city explode in light and colour as fireworks go off over the London Eye and the Thames River. For prime viewing, head to the Victoria Embankment and the Waterloo and Westminster Bridges and once you've taken in the fireworks, hit the pubs along with scores of other hardy souls. If you've decided to spend the evening by watching a stage show, you may find yourself cosying up to the stranger next to you to ring in the New Year. Festivities don't end on New Year's Eve — so squeeze in a power nap and a traditional breakfast extravaganza. Be a part of the New Year parade and dance like never before. 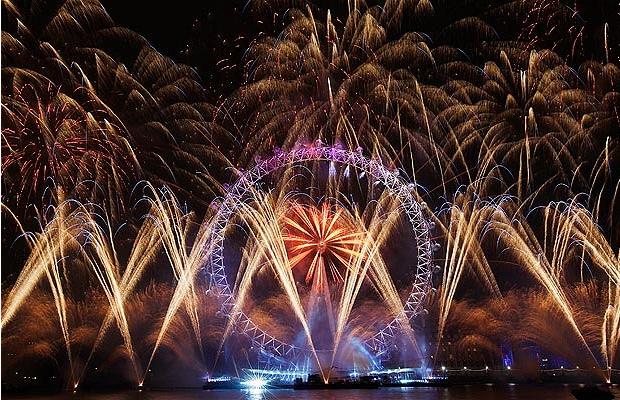 It's no wonder that a city in one of the most technologically advanced countries in the world would have one of the best light shows. Hong Kong likes to show it off on New Year's Eve, along with a giant fireworks display, a countdown celebration and several ways to party – all this is really enthralling. The most popular place to ring in the New Year is at Victoria Harbour, the largest harbour in China. The eight-minute show starts over the water and moves towards the land, giving spectators a variety of vantage points. Public viewing spots are free, including the area along the Tsim Sha Tsui East Promenade and Avenue of Stars from the State Ferry Terminal to New World Centre, as well as the Hung Hom Bypass – these are very famous and cherished spots there! If you opt for a public viewing area, be sure to claim a spot early. Hong Kong Disney Land is Mecca for kids so you can enjoy yourselves as well as the children can have a gala time too! 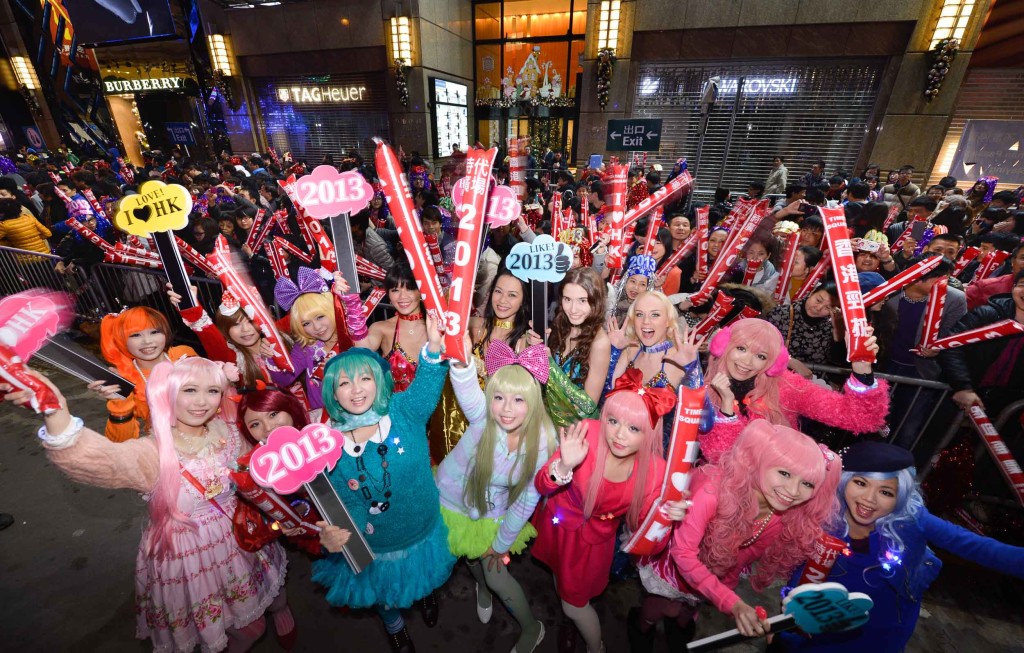 How To Take Care Of Your Tattoo

Easy Exercises To Get Flat Abs Without Crunches!