New Year's party is all about countdown till the ball drops; fireworks, parades, lots of kisses and dancing all night! Around the world, locals celebrate the passing of one year to the next in similar ways but there's something special about our desi New Year. While half of the country is out partying, the rest/other half sits at home watching the annual awards night on TV. It's time we go crazy this year! And you don't even have to go far. Here are the top 5 New Year's Eve party destinations in India. 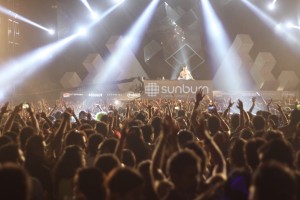 Goa is the first choice for New Year's eve parties[/caption]

Goa: Hands down, the ultimate party destination in India is Goa so it has to top the list. Any trip to Goa would be incomplete without experiencing its nightlife. The New Year party in Goa has it all – cocktails, beach parties, trendy lounges, jazz concerts and even dancing till dawn. The casinos in Goa are/is the other attraction for the tourists. Titos, Mambos, Butter Lounge and Shiros are among the popular destinations all year round and they conduct special New Year bashes for their guests. If you want to spend your New Year's eve on a beach then Anjuna, Calangute, Baga, Colva and Dauna Paula are the best options. Goa undoubtedly offers the best party experience in the country. Prices will depend on how and where you stay. If you plan in advance, you can design a budget trip by renting a shack and skipping the 5 star hotel. 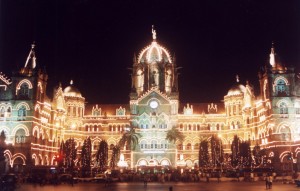 Mumbai: They call it the city that never sleeps for a reason. Mumbai comes to life especially in the night. A party in the Mumbai is all about glamour, Bollywood, celebrities, drinks, music and dancing the night away. There are many places for party lovers in Mumbai. Especially club Insomnia of Taj Mahal Hotel, Enigma at Juhu Tara Road, Aaziano bar, Totos in Bandra and Fire n Ice are the main attractions during New Years. The city of dreams also has rocking DJ nights happening all over the city during new year festivities. 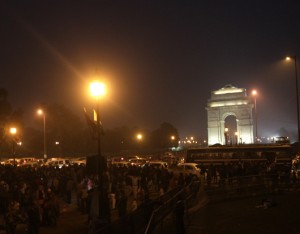 Delhi is known for its party animals. Try visiting the country's capital this New Year's eve[/caption]

Delhi: The nightlife of Delhi has always captivated tourists. Delhi's youth is crazy about partying, clubbing and drinking; and the place promises a fun filled New Year's eve. Some of the most popular partyplaces in Delhi are Elevate, TGIF at Cannaught Place, Urban Pind, Capitol in Ashoka Hotel, Ivy, Baci Bar, Mirage, Tabula Rasa, Cafe Morrison and Agni at the Park Hotel. If you want a budget-friendly getaway then you must visit the Hauz Khas Village, which is a neighbourhood in the southern part of the city and is a major attraction for youngsters.

Pune: Another city that promises a fun filled New Year's Eve is Pune. The natives of this city are energetic and happening that makes the party experience sizzling.  You can enjoy music, go on long drives across the city or take the highway and drive till Lonavla, get drunk and dance like it's the last night of your life! One of the major reasons why Pune is a New Year's hotspot is because of the various concerts that take place in the city during the months of November and December. Club Polaris, CO2 Lounge, Hard Rock Cafe, Ten Downing Street Nightclub, High Spirits, Apache, Scream at Le-Meridien Hotel, Shisha Cafe and Atrium – The Hi-Spirited Bar are the most popular lavish party places in Pune. 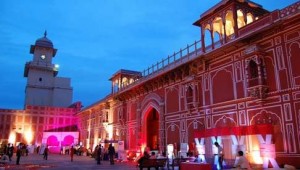 Jaipur: The Pink City is not only popular for its monuments but also for the amazing party experience that it offers. Jaipur is very lively especially at night. There are midnight markets, tea houses, cinema halls, clubs and concerts all over the city. If you want to spend a chilled out New Year's without the razzmatazz then Jaipur is the place to be. Best clubs and pubs for boozing are Angara, Wavs, Cafe Kooba, B2B, Tequila, Venom Lounge and Amigos Bar & Discotheque.

How To Pick The Best Type Of Face Wash For Winter