Ways to avoid a second date

Ever gone out with a girl and felt that it wasn't worth it? She wasn't the girl of your dreams and you do not want to waste time on her. But, the gentleman that you are, you find it hard to say no for a second date. Well, here we look at an easier way to refuse an offer for a second date in an assertive way without hurting her sentiments. 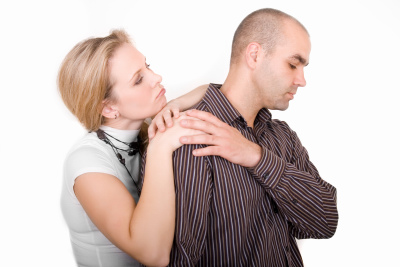 Learn to say no without hurting her sentiments[/caption]

"I just didn't feel any chemistry"

Was there a lack of chemistry during the first date?[/caption]

A good way to refuse a second date without being rude is by saying this statement. It might not be the absolute truth, but it can be a really sugary lie. Closest to the truth that it is, it won't hurt her as much as "You're just not my type".

Another statement that is softer than the usual refusal is telling the girl that she deserves a better guy. It may not always mean you're saying you're not a nice guy but it is a good way to put the ball in her court.

"I need time to think about it"

Telling her this will give her a signal that you're not that into her. It's a classic refusal dialogue for a second date and works in most cases. Unless, of course, the girl is incessant.

"Can we have it sometime later?"

Postponing a date to a future time will give her a cue that you aren't excited about meeting her. Do not be impolite and keep postponing it, rather give her one of the above mentioned dialogues at some point instead of keeping her waiting too long.

"I've had a horrible past"

Bringing in the past to make her feel like you cannot trust a person is like an excuse to prevent a second date. She may get the feeling that you cannot trust her yet. However, this may give a signal to her to wait it out. So play this card wisely.

Whatever you do, be a gentleman. Don't go around breaking young girls' hearts!

Steps to stay clear of adversity

Things that may destroy your dog's spirit