What a non-smoker feels about smokers

A cigarette is rolled up tobacco with fire at one end and a fool at the other... too harsh? Well, so are its consequences! So if you're a smoker and reading this, well, don't click that X button at the corner of your screen, we're here to help you, not condemn you! Here we see what a non-smoker feels about a smoker (*whisper* - the kind of stuff that smokers close their ears to). 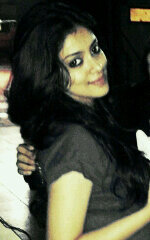 24-year-old copywriter Shreemi Verma says, "To each his own really. I do not have a strong opinion as such because most of my close friends are smokers. I think it's okay, it's not something I frown upon. Everyone has their vices, like I, I drink, so ya, as long as a smoker knows what he's doing!"

27-year-old Prathamesh Prabhu opined, "I too, have a lot of friends who smoke, I don't like it when they smoke around me, especially when they puff smoke in my face! I mean, come on!" 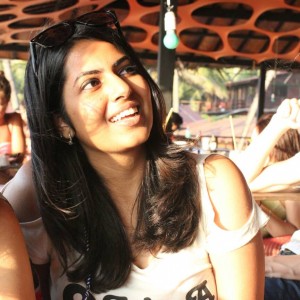 Account executive Toral Mazmudar felt, "Most of my friends are chain smokers. I just graduated and that's the life, really. I don't smoke even though I'm always surrounded by smokers. Smokes are easily available and people tend to find excuses to smoke, like say, they're stressed and all. So for me, it's their choice. I've made mine and I'll stick to it."

Pratiksha Khona, 22-year-old social media executive, said that most of her roommates are smokers. "Most of my friends are smokers and my roommates too. I restrict them from crossing their usual number of smokes in a day, especially when they give me lame reasons for smoking, like exams! I put in a word of advice if I can, in the mildest way possible, because after all, it's their life, their body, and they are the boss of it."

Social media analyst Silvia Fernandes was one with a strong opinion against smokers. She says, "I don't like smokers who smoke for no real reason. They just smoke because they think it's cool, they imitate someone sometimes. I mean if you are stressed out and stuff, then I probably wouldn't mind. If you are hurting your body just to look cool, then guess what, it's absolutely not cool!"

All this time you've been closing your ears to opinion, it's time to listen up, consider and contemplate. Why did you start? What were the real reasons? Can you stay without it? Is it helping you in any way?

Tips for a budget-friendly honeymoon