Brain drain moments are more common than you think. And, everyone including the smartest guy in your office or class has them once in a while. Ever tried hard to remember where you have kept those car keys? Or walked past your own house while returning? While these may be harmless slip-ups at the start, if you are doing them consistently there may be more to it than you think. Here's how you get to know that things are getting serious.

Brain Drain #1: You Zone Out While Dialling Your Girlfriend's Number

The thing with memory is that they are formed like canyons. The more you press and the harder you try the better equipped you will be at remembering, the deeper connection it builds with your brain. Nowadays, since all numbers are stored in phonebook of the phone, the habit of remembering numbers has long disappeared.

So, in the unfortunate scenario of your phone's battery dying out, reaching out to your girl is tad bit difficult. There's good news though, as researchers believe that this forgetfulness isn't of the worrying sort.

Also read: Danger Signs To Know When Your Girlfriend Is Mad At You

Brain Drain #2: You Lose Your Way During A Normal Commute 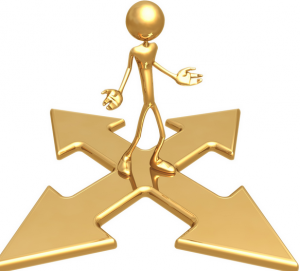 Visiting a new place? Using Google Maps? Totally cool. Forgetting familiar routes? Problematic, to say the least. According to researchers, this could mean a significant decline in your spatial memory (memory responsible for remembering placement of objects or routes).

The worrying factor is that such a decline cause one to forget landmarks, eventually making a normal commute a strange one. Studies have suggested that reduction in spatial memory could result in Alzheimer's disease.

Brain Drain #3: Late For Work And Can't Locate Your Keys

This problem mostly emanates from absent-mindedness rather than a memory failure. Sure, your mind does go for a stroll in the wrong direction, but it is hardly anything serious. Many a time, you are so distracted with work or other important stuff that you may end up tossing your keys in one corner and forget about it in the process. The only problem here is that the next morning could be tough, because you have no idea where you threw your keys.

Brain Drain #4: You Forgot Where You Have Parked Your Car/Bike 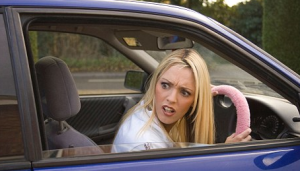 In case this sort of situation arises once or twice in say 6 months, you're doing just fine. There are plenty of places where you have parked daily and all this data may not exactly be recorded owing to its unimportance. However, if this happens a few times within a month then you should better start worrying. It is a clear indication of spatial memory issues related to Alzheimer's.

Now, this clearly depends on your vocabulary. You can't go on saying that I missed out on a word when your vocab is down in the dumps. The scary part is, if these tip-of-the-tongue moments happen when you are well versed with the language and still get stuck with alarming regularity. Stress of the moment can be blamed for it, but if you frequently forget words, it's time you paid a visit to your doctor.

There is always a way you can get rid of these lapses, just an observant mind is the key.

Revealed: The Reason Why Women Fall For The Bad Boy