What kind of a guy a girl wouldn't want to marry

Every girl dreams of their Prince Charming, who will walk up to her one day in a perfectly white shirt and a thousand watt smile, and charm his way into her heart. But it doesn't always happen that way, does it? Of course each girl has her own set of preferences when it comes to her Prince Charming and when it comes to marriage, he must be perfect! Way better than any ‘just' Prince Charming. He must be Prince Practical, Prince Financially Steady and Prince Handsome as well!

So with every girl's preferences being something that is quite similar, we asked a few girls what kind of qualities they would NOT want in their to-be-husbands, what kind of a guy they wouldn't want to marry. This is what they had to say. 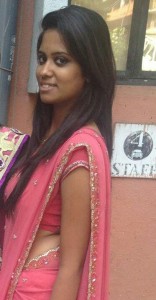 20-year-old Lizann Mendes is a friendly and outgoing girl who loves to travel. She was quite adamant that a man she would marry should not be too restrictive about her lifestyle and should actually join in the fun. "I wouldn't want to marry someone who cannot have fun with me and my lifestyle. He must be able to enjoy my company and the company of my friends as well. He should be able to manage me and his mother. Nowadays mothers are too possessive about their sons... even after marriage! No mamma's boy for me! I want a man who can stand on his own feet. He must have a moral standard which will help us have a happy family."

(Also read - Things you should be prepared for after marriage)

Kamya Makhija studied in an only-girls convent school. So, for her dating wasn't so popular. "Marriage becomes much more meaningful and important, coming from my background. I wouldn't want to marry a guy who isn't ready for a change. He must be stable in every aspect – emotionally, mentally and financially. Not everyone talks about finance; but come on, let's be practical here. I don't like dominating personalities, that won't fit my personality. He should be all grown up and not so boyish as well. That can come across all cute and cuddly at first but it can ruin a long relationship like marriage. He must be man enough to take decisions and tackle problems that could come our way as a couple." 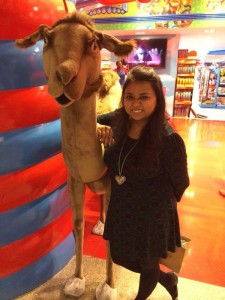 Having just returned from New Zealand, Ruchita Parekh has seen the cultural difference when it comes to dating and relationships. But her Indian values still prevail, which is a thing we Indians should be proud of! "When it comes to marriage, I am a firm believer that you need time to figure out if he is the right guy for you. Dating and relationships can be foolhardy advertisements and can hide true personalities. Marriage is obviously a risk, but I think I'll take my time with making my decision. I'll marry a guy who isn't too dominating. He should be understanding. Financially stable, yes, he surely should be financially stable. Everything isn't rosy in this world. A guy I would marry shouldn't be shorter than me; I like taller guys. He shouldn't be untidy as well; that can be a major turnoff!"

Jagruti Khosla calls herself ‘filmi yet practical'. Yes, she wants the perfect guy, but the perfect guy that we think of isn't always the perfect guy for us, is it? "The guy I would marry shouldn't be emotionally weak. As a woman I need someone who can take care of me and make me feel secure as well. He shouldn't be a guy who doesn't like it when his woman earns and is stable. He must be practical, like me. Someone who cheats is a complete no-no for me, obviously. He shouldn't be too involved in his work; he must have enough time for us as a couple! Parents aren't really an issue for me; I think that's all right."

I see a trend where most girls have begun to realise that practically, Mr. Perfect doesn't really exist and it is Mr. Compatible that we must look out for! Isn't it?